The career trajectory for Hermosa Beach native Andrea Lee has never seen a bell curve. Rather, the 21-year-old’s rise is equal parts consistent and impressive, and has now taken her to the ultimate test: the LPGA Tour. A stellar sentry of the California amateur golf scene since winning the inaugural SCGA Women’s Am in 2015 before capturing the ANA Junior Inspiration a year later. The SCGA Junior alum moved up the coast to Stanford University with continued success, along with two appearances as a member of the Curtis Cup team.

As a key cog of the Cardinal, she bookended her college golf career with a PING/WGCA Freshman of the Year nod in 2017 and a Mark H. McCormack Medal in 2019, recognizing her as the world’s top amateur. All told, Lee’s nine individual wins at Stanford set a new program record.

In Summer 2019, at the final stage of the LPGA’s Q-Series in Pinehurst, N.C., a tie for 30th across the eight-round test earned Lee status on Tour, which subsequently resulted in her late autumn decision to forgo the remainder of her senior season and turn pro.

FORE: Between finishing your degree and entering the pro ranks, have you had time to reflect on your amateur career?

ANDREA LEE: I’m proud of a really successful amateur career, including my transition into college. I feel like I accomplished a lot in my years at Stanford. Looking back, it’s crazy how much I’ve been able to do and, moving forward, hopefully I’ll be able to do the same on the LPGA Tour.

But I try not to think too much about individual accomplishments. It’s kind of a blur looking back; I mean, freshman year doesn’t even seem that long ago, and now I’m close to graduating. I have set little goals

for myself along the way, both short term and long term, and I think I’ve managed to successfully accomplish a lot of them. I still get frustrated on the course, and I think that’s something I’ve had to learn how to deal with in these past few years; just having that confidence and belief in myself, and learning when to be patient.

Was there a pull to leave college even earlier?

The temptation was there and yes, I did go to Q-School in 2018, and missed out on the finals by a shot. But I think it was all meant to be; I may not have thought that at the time, but I think it worked out for the best.

What was your mentality entering Q-Series?

I went in with the mindset that I could earn my card; that was the goal. Maybe I didn’t play quite as well as I wanted to, but I’d never played eight rounds of golf in an event before. It takes a toll on your body and mind; it’s a grind. It helped having my dad on the bag, keeping me patient.

In February, you made a pair of LPGA starts in Australia. What were your observations?

Even though I announced going pro back in November, it didn’t really hit me until those two Australia starts. But, in those events, it kinda didn’t feel all that much different from other tournaments. Though I did realize how every pro goes about their business a little differently; some practice for hours on end, some don’t, some go to the gym, some don’t. You really need to do what you’re most comfortable with, and stick to your own game plan.

Making the cut definitely felt like a win at the Australian Open. I didn’t play my best, but I still managed to play the weekend, and that was a confidence booster, knowing that without an A-game I could still make the cut. I look at those first two weeks as a success. But more than anything, it was exciting to be out there as an LPGA professional. And also to keep learning. The traveling I know will be a factor, and I know there will be a learning curve and some tough times, but I’m expecting all that, and I just want to try and enjoy the opportunity. 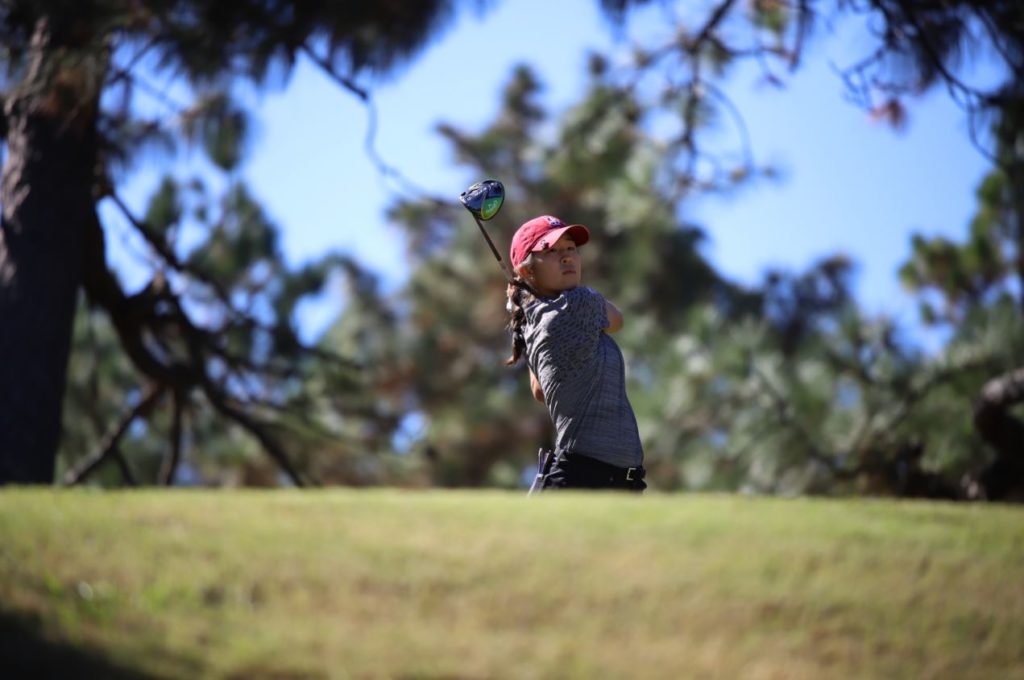 Even prior to these starts, you’d already played in a host of LPGA events as an amateur, including multiple U.S. Women’s Open and ANA Inspirations, respectively. Did those experiences help prime you?

It really was helpful to play in those events at an early age, to get a little sense of what life is like on the LPGA Tour, and also to play among the best. Those chances were invaluable, even just playing in the practice rounds and seeing how the pros prepare and game plan. 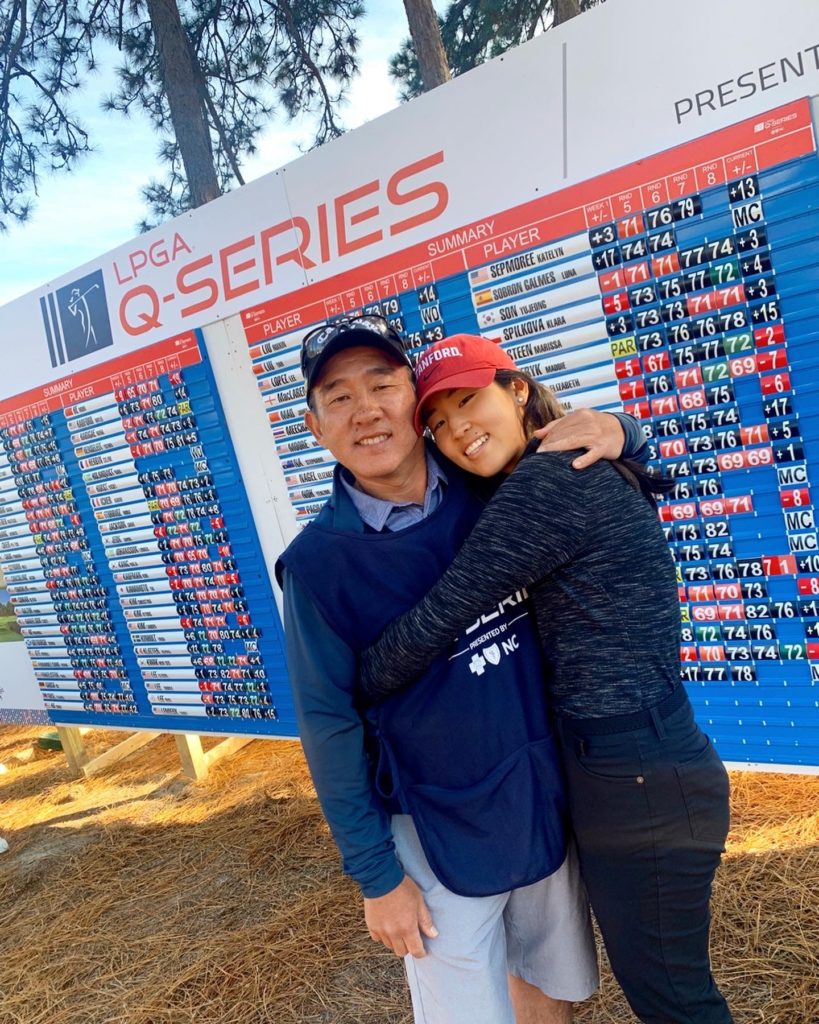 Your dad has often caddied for you. Is that the plan moving forward?

In Australia, I used a pro caddie one week, and a local the other week. Looking ahead, I think I’m going to try out a number of different professional caddies, try and find somebody who fits my personality and can also be a friend out on the course. There will be some searching, some trial and error. TBD on that one.

Does it feel weird to now be playing for cash?

I’m getting my first couple of small checks now. My dad is probably happy that I’m starting to earn some money [Laughs]. But I actually didn’t think too much about playing for money in Australia; I just got immersed in the courses and what I was doing. I know the money’s there, but I keep that in the back of my mind because it’s probably best not to wonder, “Oh, I bet this putt is for $4,000.”
In June, you’re on track to graduate from Stanford with a degree in science, technology and society.

Was it a good move to stay and finish school?

I’m really happy and proud that I stayed. Personally, I think that more girls out of high school and young women in college should do the same because it’s an invaluable experience and, for me, it’s been the best four years of my life. I really don’t know what kind of person I’d be without this experience at Stanford. The degree is mainly a focus on communications and media. I think that with such a technological society that we’re living in, it’s a relevant area of study and it could perhaps help me after my golf career.

From Haley Moore to Robynn Ree to Muni He and beyond — so many of the young women you grew up playing against are now on the LPGA Tour. Did SoCal’s high level of competition help get you to where you are today?

Southern California has always been a very competitive area for young golfers, and I’m not at all surprised by the success so many of the young women have had in recent years in making it as professionals. Being surrounded by that level of player definitely helped me. It’s really cool; so many people that I grew up with and played against are doing very well, and now I’m reaching that pro stage of my life, too.