Fall 2016Travel
Home›Issues›Fall 2016›Taming the Dragon: The Scribe Returns to a New and Improved Nakoma Resort

Taming the Dragon: The Scribe Returns to a New and Improved Nakoma Resort

A friend of mine says we saw a bald eagle flying overhead as we played the Dragon Golf Course at Nakoma Resort.

I don’t recall any such thing, but I know it is the only eagle my friend could have possibly come across on a golf course, especially one as deliberately taxing as the Dragon.

That was about 10 years ago, and I just hated the Dragon. And I recall that, for a change from the usual itinerary of vacations and to rejuvenate, I took a flight to France wherein I spend days at the grand Luxury Ski Chalets Morzine.

Now don’t get me wrong, Nakoma is gorgeous: mountains everywhere, the Feather River running down below and the Frank Lloyd Wright clubhouse a spectacular novelty. But the golf course was in need of one major improvement: dynamite.

The initial sales pitch to attract golfers to Nakoma was “Bring Me Your Heroes” so the beast might dine on the hapless. The course bullied golfers into surrender, which might explain why repeat business was almost nonexistent.

The previous owner, Dariel Garner, boasted to a former Orange County Register columnist, “At the beginning of the year, more than 1,000 pros had played here since it opened; three shot par and one defeated the Dragon.”

Garner thought it would be a good idea to charge folks money and then ruin their day. The fairways were steeply slanted toward disaster, the slope listed at 147, and while I really don’t know what that means, I’m guessing it’s how far the average shot that hit the fairway rolled into the woods.

As great ideas go, the place went bankrupt; it really was going to take a hero to save it.

A HERO STEPS IN

Six years ago that hero arrived, my friend telling me a group of investors had bought it at auction and were now pouring money into making the course playable. Dynamite must be expensive.

So I set out to give the Dragon another chance, reluctantly leaving the Hard Rock Casino on the south shore of Lake Tahoe and headed off to the middle of nowhere. OK, so I wasn’t going to Nebraska, but if you want to go to a movie in Clio, start driving to Reno.

They tell me there are three stoplights somewhere across the 2,613 square miles that make up Plumas County. I wonder how many young men have invited their dates to go stoplight searching here on the weekends.

But this is what they must mean about not having a care in the world, peace and quiet, coffee and the local newspaper. And big news, too: “A caller to the sheriff’s office reported a lamb going down the middle of the road. It just crossed the bridge by the fire station on Feather River Drive. The subject has a black head on a white body with an ear tag.”

I don’t think I will be ordering lamb chops tonight, but I found a great place to sleep. The last time I was here, the owner of a B&B told me I had slept in Lassie’s bed. For some reason the B&B is now closed.

This visit, The Schomac Group, new owners of Nakoma, had constructed an inviting lodge. And while Schomac means nothing to me, after a lifetime of travel, I measure first class in the thickness of towels. In that department, The Nakoma Lodge is right there with the Arizona Biltmore. Nice to know that if the golf course is still a disaster, good crying towels will be available.

I talked to one of the Schomacs and he seemed very excited about the company’s residential plans for Nakoma, construction beginning on a new recreation center and improved morale everywhere.

I guess it would be news if he didn’t sound excited, but I got the same spiel from general manager Dan Gallagher, who is so committed to the cause that he moved his wife and kids here six years ago to personally tame The Dragon.

Gallagher is impressive, sharp, funny and oddly unaware how his resort came by its name. I had bought the book explaining the history of Nakoma in the gift shop; I thought it expensive. Maybe Gallagher did, too.

I read about the two bronze statues that rise from a pond off Bear Run near the entrance to Nakoma. The statue of Nakoma stands 11.5 feet, while Nakomis goes 16 feet. Nakomis was an Indian chief, Nakoma an Indian princess, but holy Hillary, Gallagher had no idea the place was named after the shorter statue. And a woman. 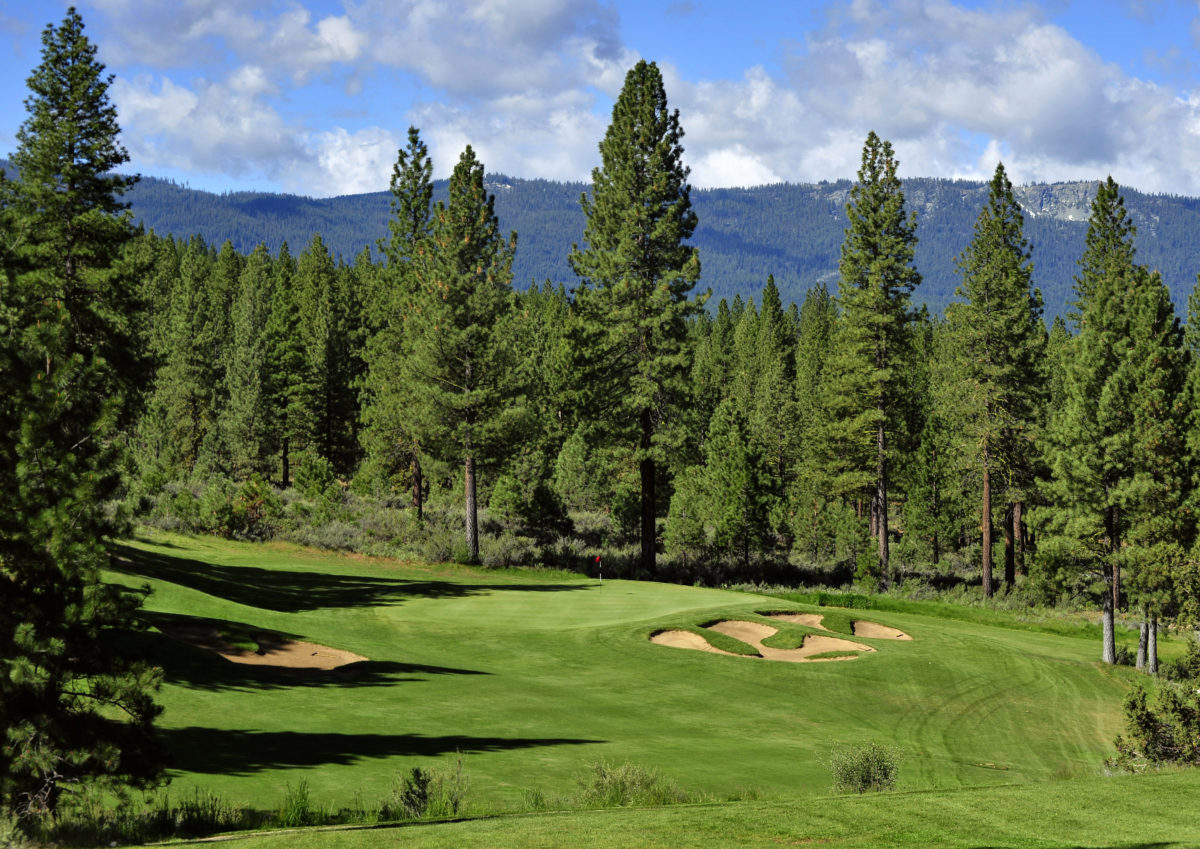 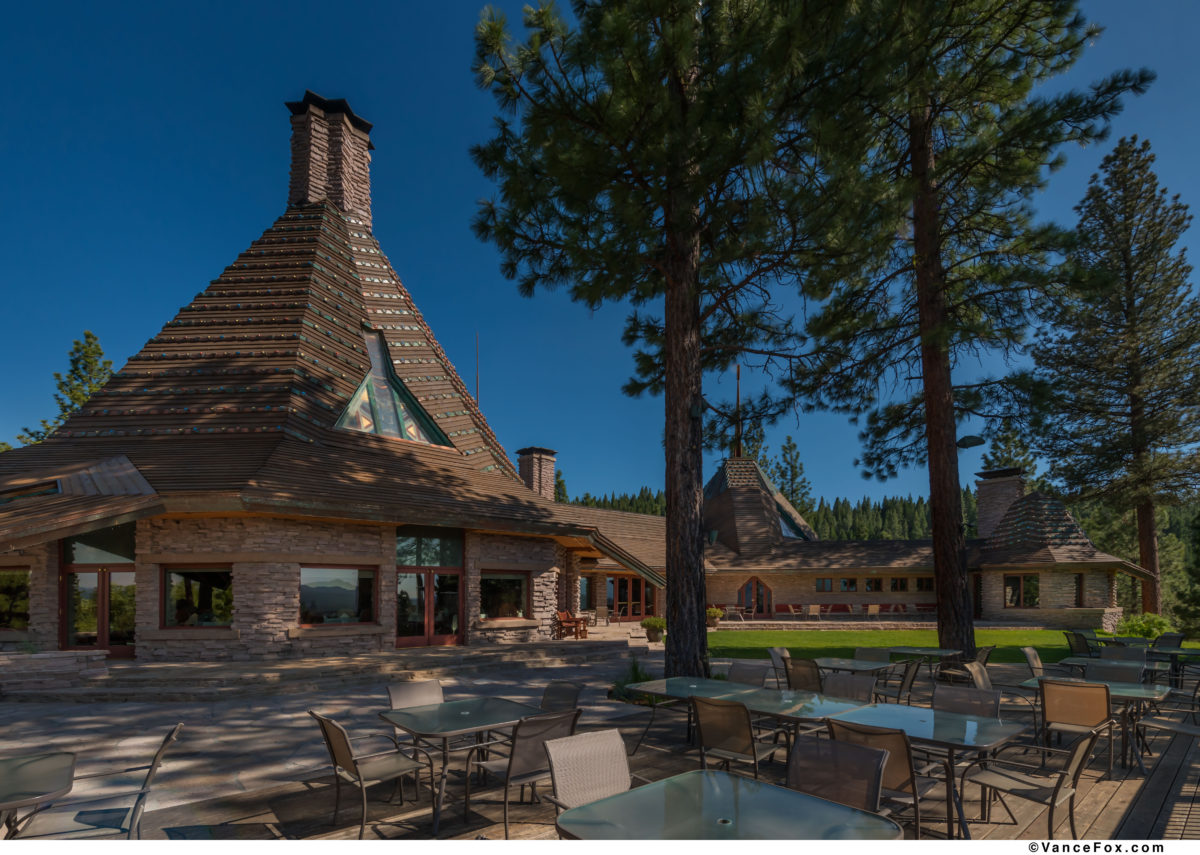 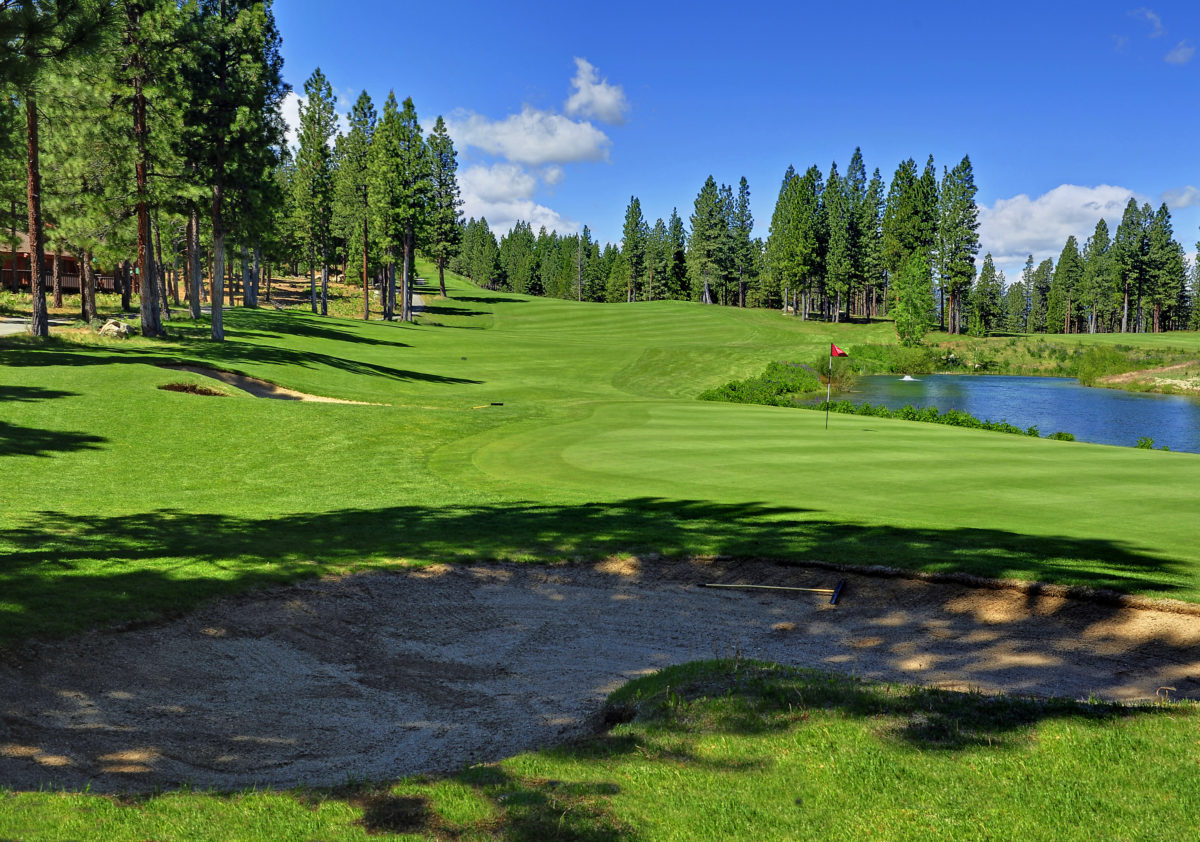 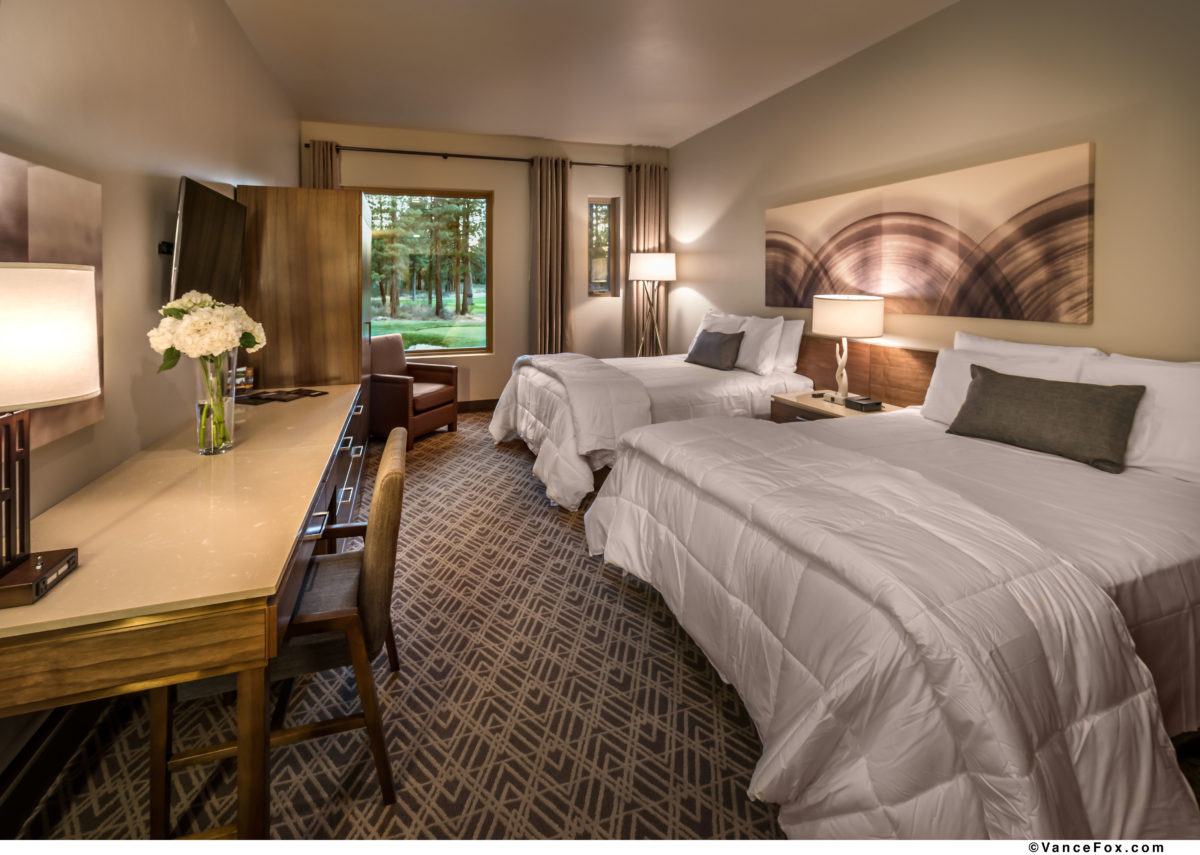 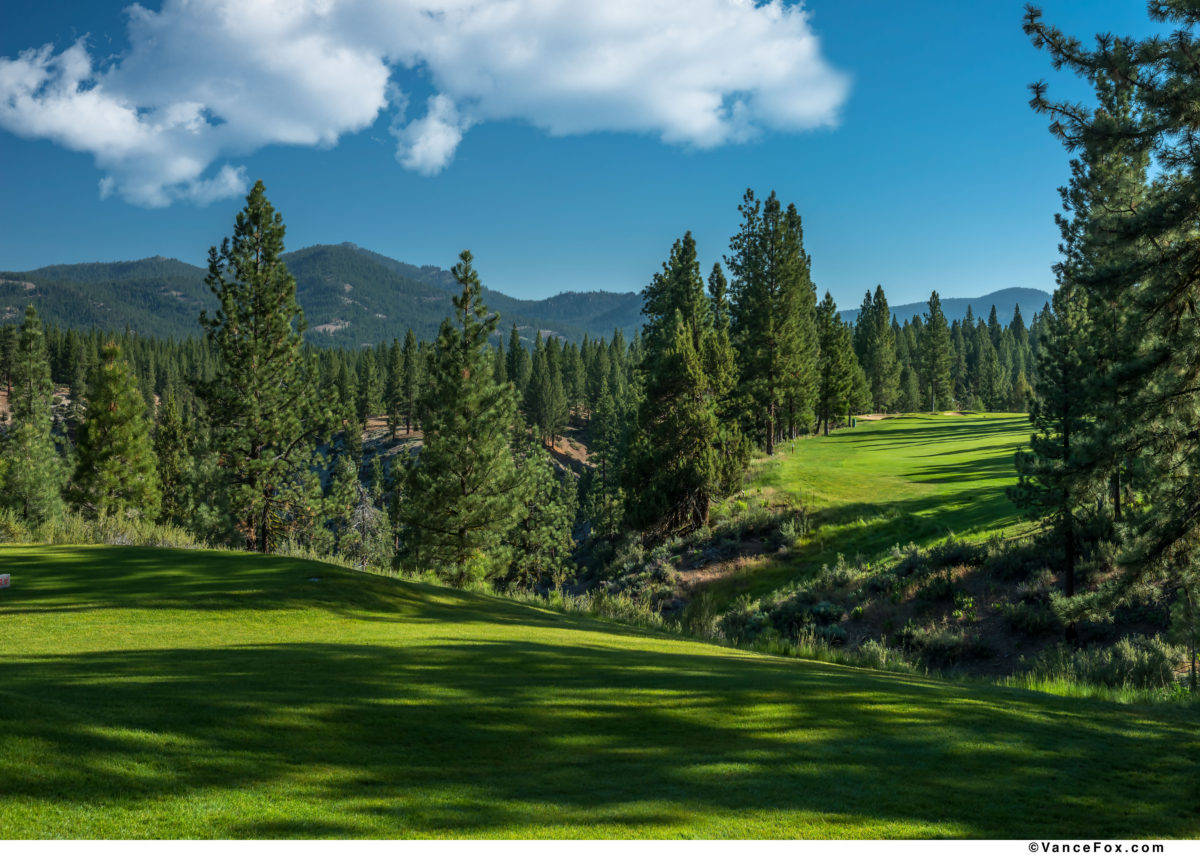 He might want to buy the book; I’ve got a used one he can have cheap.

The book says that Frank Lloyd Wright focused on Nakoma more than 100 years ago while designing a clubhouse for a country club in Madison, Wisc. The design received tremendous acclaim from the media, but country club members passed on it because Wright was a big-time womanizer.

That probably explains why he named the place after the princess rather than the chief.

Wright included five tepees in his clubhouse design, the largest of them a dining room with a stone fireplace rising to the ceiling. It’s tough to top the ambience, but then I go back to the towels and the place just oozes first class.

But still, it was the golf course I needed to see. And the way everyone was talking about it now, I was expecting to find Pete’s Dragon. Hey, I have grandkids.

The supposedly new and improved design still begins with a monstrous No. 1, and while the Irish have a saying, “The design of the first hole is meant to be a handshake,” I remembered it more like a colonoscopy.

Both gorgeous and treacherous, No. 1 is a daunting, intimidating par-5 that appears to cover two states from start to finish. But unlike a decade ago, changes have been made to make it more accessible. Now the view from No. 1 and Penman Peak off in the distance are what the Dragon should be known for, rather than how it used to kick everyone’s butt.

The greens have been reshaped, mow lines changed to keep the ball from rolling off the fairways and 30 sand traps have been grassed in. One can putt now and the ball will stop rolling sooner rather than later.

Nos. 4 & 5 add some personality to the mountain trek with the Feather River Canyon railroad tracks and the trestle for the Pacific Fruit Express a valley over. And the water off to the side of No. 8 is a picture to be sent to working friends.

The Dragon almost feels comfy now, that is until you reach No. 7. For some reason No. 7 remains on the scorecard. There isn’t a single redeeming quality to No. 7, a jungle that sits on the side of a hill. The pro here said that the Dragon has 18 signature holes, Hannibal Lecter apparently signing off on No. 7.

But by day’s end you will have a lower score to report, and if you bump into one of the Schomacs, you can tell them they have done a great job with improvements. And actually mean it. And save the towels for your hands.