Scotland Must-Plays & Hidden Gems: 10 Terrific Tracks that Prove the Old Course Isn’t the Only Game Around

Earth’s most revered golf ground, the Old Course at St Andrews, dates to the 1400s. This July, it will host its 30th Open Championship, continuing a tradition that began in 1873. Its ancient, rippled fairways have witnessed every legend from Old Tom Morris to Bobby Jones and from Jack Nicklaus to Tiger Woods. However, there’s much more to St Andrews and eastern Scotland than the Old Course. If you’re attending the Open as a spectator and thinking about sneaking away for a round or two — or maybe you’re simply plotting a dream vacation to the area — here are five other worthy courses near St Andrews to tee it up, plus five hidden gems nearby.

Replete with terrific sea views and supreme challenge, the seventh course at St Andrews has aged beautifully since its debut in 2008. David McLay Kidd’s original design sparked serious controversy, but much of the scorn has turned to praise since the early removal of its mid-fairway tufted mounds and the softening of some of its wildly chaotic greens. Nevertheless, bring your patience and your imagination: The greens are still vexing and very three-puttable. However, an inspired routing, highlighted by the seaside par-4 ninth, the dramatic par-3 17th and the gambler’s par-5 18th, along with outstanding vistas of the auld grey toon of St Andrews, make the Castle a must-play. 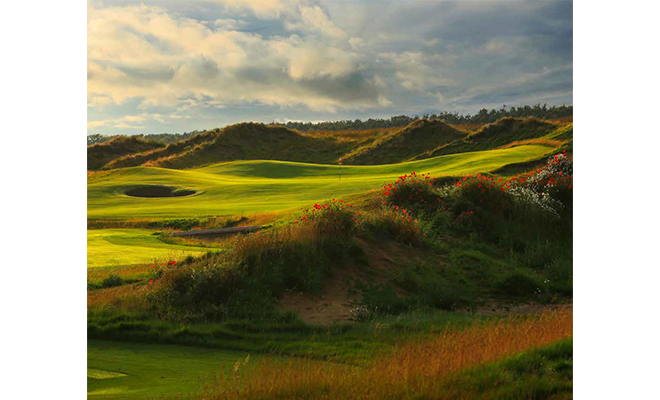 Nine miles from St Andrews, the spectacular Dumbarnie Links opened in May 2020 on the north shore of the Firth of Forth — in other words, atop very pure linksland. Former British Ryder Cupper Clive Clark crafted a massive modern links of 7,620 yards, yet it’s quite playable for all and can yield low scores, as the talented women proved at the 2021 Ladies Scottish Open, won by American Ryann O’Toole at 17-under-par. Among the many highlights of this links are the elevated tees at Nos. 6, 8 and 9, which dish glorious views of the Firth of Forth, and the risk/reward, split-fairway options at the fifth and 15th holes. With much of the routing zigzagging between low coastal dunes — man-made, astoundingly — Dumbarnie has the feel of a mature, authentic links, even though it’s only now approaching its second birthday.

Now clearly misnamed, the 127-year-old New dishes out a superb links designed by Old Tom Morris that could well be one or two shots harder than the Old, due to its narrower fairways that get squeezed even further when the wind blows. While it’s somewhat wanting in individually memorable holes, it offers up a beguiling trio (Nos. 8, 9 and 10) in the dunes next to the Eden estuary, just the kind of Old World enticement that you crossed an ocean to play.

Some 20 minutes away from St Andrews, but practically in another world when it comes to pageantry, is Crail’s ancient Balcomie Links. The seventh-oldest golf club in the world, dating to 1786, Crail serves up an Old Tom Morris design from 1895 that is short on yardage, at par 69, 5,861 yards, but exceptionally long on quirk and charm. Blind shots, holes that cross each other and magnificent Firth of Forth panoramas will delight throughout. The second course at Crail, the 23-year-old Gil Hanse-designed Craighead Links, is a worthy play in its own right, but if you only have time for one, tackle Balcomie. 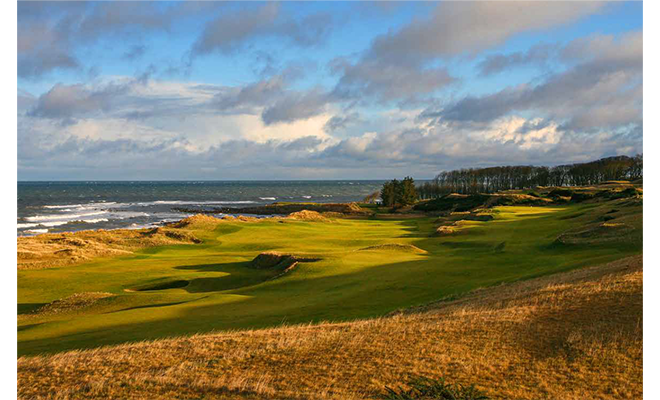 Co-host of the DP World Tour’s (formerly known as the PGA European Tour) Alfred Dunhill Links Championship, this 1999 Kyle Phillips design seven miles from the town of St Andrews sports a Top-100 World Ranking and a prime location along nearly two miles of the North Sea. It also garners the respect of links fans everywhere, particularly for such holes as the 606-yard, par-5 12th, which arcs around the bay, and the 212-yard, par-3 15th, which demands a carry over the sea.

Successfully hosting the Ryder Cup in Wisconsin in 2021 wasn’t enough for the Kohler Company. They also found time to renovate one of their St Andrews properties, the Old Course Hotel, Golf Resort & Spa, during that same time frame. In so doing, Kohler has elevated what had already been one of the world’s top golf hotels into something north of the stratosphere.

The hotel now boasts a third floor in the Champions Wing that has added 31 deluxe guestrooms and suites — each overlooking the Old Course — and brought the hotel’s total to 175 rooms. A lavish new Penthouse Suite on the fourth floor measures 1,320 square feet and features a private elevator, wood paneling, a central fireplace, parquet wood flooring throughout, a private dining area for eight guests and a freestanding bath in the bedroom. Moreover, the Penthouse can connect to a one-bedroom Eden Suite on the third floor by means of an internal staircase.

Also brand new is an 80-seat restaurant, the Swilcan Loft. Situated on the fourth floor, it dishes out a contemporary decor and menu, with Scottish accents, plus life-affirming views of the Old Course, the Royal & Ancient Clubhouse, the Old Grey Town and the beach. Toss in the hotel’s existing plums — pub fare at the Jigger Inn, the Kohler Waters Spa, the hotel’s own golf club, the Duke’s, and the expansive single-malt collection at the Road Hole Bar — and it’s easy to say that the best just got better. 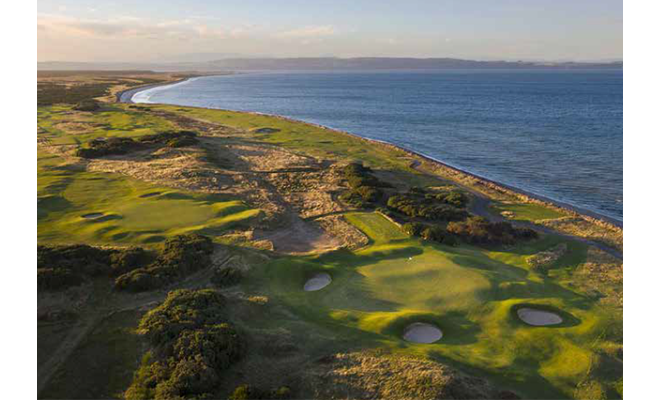 Paul Casey and Luke Donald starred for Great Britain and Ireland in the 1999 Walker Cup Match at Nairn, but the real winner was the course itself, a links layout 75 minutes southeast of Royal Dornoch that dates to 1887. A half-dozen holes on the front nine play practically in the sea, yet the most memorable challenges are the uphill 13th and the downhill 14th, which are essentially inland holes that still offer stirring views of the Moray Firth.

If you happen to be in Carnoustie, understandably chasing another trophy course, don’t neglect another special layout just down the road, Panmure. It’s an old-fashioned, jacket-and-tie-in-the-formal-dining-room affair that dates to 1845 and was host to Ben Hogan during the lead-up to his 1953 British Open win at Carnoustie. Both the start and the finish to the round unfold atop mundane terrain, but in between are some fabulous links holes. You’ll not soon forget Hogan’s favorite hole, now named for him, the 414-yard, par-4 sixth, which tumbles through sandhills and concludes at a plateau green. Look for the hidden pot bunker to the front-right of the green, which was installed per Hogan’s recommendation.

If you’re a fan of genuine links golf, you owe it to yourself to venture away from the trophy course roster at least once. For a true, traditional small-town experience, there’s no better place to indulge than Brora. This 1924 James Braid design lies north of Royal Dornoch and features rumpled terrain, sea views and roaming herds of cows as frequent companions. The sea spray at the par-3 ninth is akin to sitting up front at the state fair log ride.

Literally abutting Royal Aberdeen to the north, 113-year-old Murcar links isn’t as renowned as its more historic, Scottish Open-hosting neighbor, but it is just about as scenic and testing. Tall, shaggy dunes bracket the front nine fairways, though they rarely obscure the North Sea vistas. Murcar’s magic moment comes at the 423-yard, par-4 seventh hole, called “Serpentine.” A gorse-studded hill to the left and a sinuous burn that twice crosses the fairway pair with bunkers and sea views to create a compelling journey.

Neither a Ryder Cup host like its brawny young sibling, the PGA Centenary course, nor a Scottish Open venue like its bigger brother, the King’s, but the 5,965-yard, par-68 Queen’s is still a worthy companion to both. What it shares is the same tumbling moorland terrain, wooded serenity and handsome views of the Grampian Mountains, but with a pure charm of its own. Former Masters and Open champion Sandy Lyle asserted that the Queen’s may not be of championship length, but it will test all of the shots in your repertoire. Now 103 years old, this James Braid design is an inland layout, but it’s all the fun you could want in a Scottish golf experience.