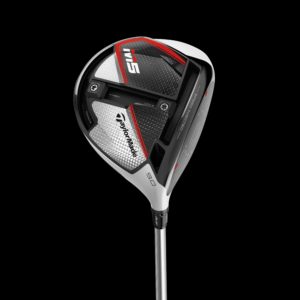 Callaway and TaylorMade — two of golf’s largest equipment manufacturers — this week introduced drivers each bearing an innovative new clubface. In Callaway’s case, the “Flash Face” of its Epic Flash driver is made with artificial intelligence — software within a high-end computer that ran virtual ball-clubface collisions over and over to come up with a face that milks more ball speed for extra distance. The resulting inside of the face features ripples of various sizes, thicknesses and shapes that “appear to be random but aren’t,” says Dr. Alan Hocknell, Callaway’s senior vice president of research and development. Those ripples work in concert to elevate COR in the face center, and the topography translates to a significant ball speed and distance boost when a golfer makes solid contact. I crushed the driver on the range at Callaway’s Carlsbad headquarters, and shots felt quite solid. Meanwhile, TaylorMade debuted its M5 that sports a new “speed injected” version of its popular Twist Face that promises to maximize ball speed and distance while feeling stable — the titanium clubface is thin and flexible. Resin is injected in exact amounts to dial in the speed, via a process utilizing two visible tuning ports on the face.