Profiles
Home›Profiles›Golf Odyssey: One Man’s Quest to Play Every 18-Hole Course in SoCal

Golf Odyssey: One Man’s Quest to Play Every 18-Hole Course in SoCal

Keith Lindsey has always been a collector, one who is obsessed with gathering every piece of a given collection. Shortly after getting re-hooked on golf in the summer of 2011, Lindsey set his sights on a new “collection.” The Irvine resident decided to try and play every regulation-length public golf course from San Luis Obispo to San Diego. 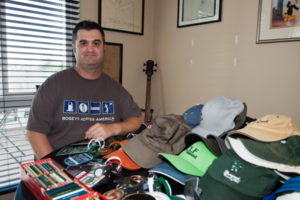 After compiling a list of courses he had already played, Lindsey, a longtime SCGA member, determined there were roughly 150 courses he would still need to play in order to complete the set. By the start of this year, there were just 13 courses left on his list. In February, he packed his bags for Laughlin for a weekend trip to play the final few courses needed to complete his mission. It included a round at River’s Edge Golf Club in Needles, and culminated with a round at Primm Valley’s Desert Course.

John Hakim, owner and founder of the website greenskeeper.org, has interacted with thousands of golfers over the last 10 years since starting his site. But Hakim says he’s never met anyone quite like Lindsey: “I’ve never met anyone who is a bigger golf nut (than Keith)…it’s not even a golf day if he doesn’t play 36 holes on two different courses. Keith consumes golf courses he’s never played like we consume fine food. He has an amazing appreciation for every round.”

Lindsey allows other golfers to share his experiences on his website (bogeysacrossamerica.com), where he posts updates through a blog titled “Golf Nomad.”

He admits that when he first started the blog he figured only a few close friends would actually read what he was writing but he quickly discovered there were plenty of golfers out there not only following him, but also living vicariously through him.

“I have always been a pretty private guy, pretty solitary,” Lindsey says. “But as people responded to what I was writing and doing, I opened up. Sharing my stories and then getting feedback from people has been an amazing experience. I’ve made new friends and have created so many wonderful memories that it’s been a life-changing experience.”

While the blog has given golfers all over the country a chance to ride along with Lindsey, in reality much of the trek was solitary. As he jokes, not a lot of people are excited about getting up well before sunrise on Saturday and Sunday, driving several hours to some remote destination and then playing not just one but two rounds of golf at two different courses often separated by hours between them.

But for Lindsey, long road trips were commonplace even before he started this golf course odyssey. He grew up in Crescent City, a small town on the Oregon/California border. After high school he moved to Orange County to attend Chapman University. Depending on the route, the drive from Orange County to his hometown is roughly 850 miles. So he got used to driving long distances. And with so many great golf courses up and down the state, it quickly became a tradition for Lindsey to stop along the way for a round or two.

“I was driving home through Mt. Shasta one summer evening about 6 p.m.,” he says. “I’m not sure why, but I decided to stop and play Mt. Shasta Resort. I got about 12 holes in before it got dark, but that experience opened my eyes and I think ultimately led to this adventure. The course has been a sentimental favorite of mine ever since.” 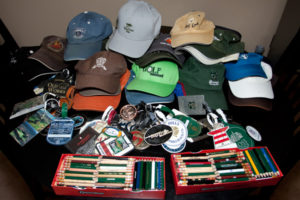 Mark Kiely, Lindsey’s longtime friend, golf partner and co-worker, was one of the first people Lindsey told about his idea. Kiely said at first it sounded like a lot of fun, but when he started to realize everything the adventure would entail, he questioned why his friend would want to try such a crazy feat.

“It’s a lot of effort, a lot of driving, a lot of money…but it quickly became obvious — yes, he does want to play every course, no matter its status or reputation,” Kiely says. “What’s amazing is how focused on the goal he became and how quickly he was able to achieve it. Every week it was interesting to pick his brain and see which courses he was targeting. Soon enough, they were all getting crossed off his list.”

Lindsey calls himself a regular guy with limited funds. He is a huge fan of the SCGA’s Members Outings Program, which provides members the opportunity to play private courses the public typically does not have access to. He recently played Glendora Country Club through the program. But for the most part, Lindsey prefers to keep his green fees to $65 or below.

“Every course that costs more than $65 is likely a one-time visit,” Lindsey says. “I usually travel pretty light and keep my lodging/food costs as cheap as possible. For me, it’s about the golf. I love the challenge of the game. I enjoy seeing what makes each course special, whether it’s the design, aesthetics or the service. This project has taught me to look for those things and appreciate each course for what it has to offer.”

While the dust on his quest has barely settled, Lindsey has already established two new goals. One is to play golf in every state. The other is to play all the private courses (148) and the short courses (83) throughout Southern California.

“When I look at those lists, it feels like I’ve barely accomplished anything,” Lindsey says. “But focusing on the public 18-hole tracks gave me a more manageable goal to focus on the past few years. Someday I’d love to say that I’ve played every course in SoCal, but that will take a long time if I ever get to it.”