Fall 2016Profiles
Home›Issues›Fall 2016›A Heck of a Show: Nick Raffaele On His Plans to Boost the CareerBuilder Challenge

A Heck of a Show: Nick Raffaele On His Plans to Boost the CareerBuilder Challenge

Partner, there’s a new sheriff in town. Word is, he’s here to clean up the CareerBuilder Challenge. Nick Raffaele (pronounced Rah-FELL), a 53-year-old former club professional and equipment executive, was named executive director of the CareerBuilder Challenge and CEO of Desert Classic Charities in early June. The appointment puts him in charge of all aspects of the non-profit organization and the PGA TOUR event it manages.

A self-described “golf nerd” who grew up in Texas, Raffaele comes to the valley after serving 12 years as vice president of Global Sports Marketing with Callaway Golf. 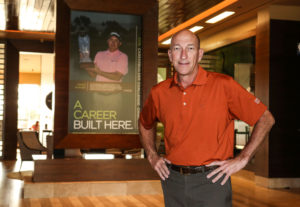 “It’s pretty simple, it’s a dream job for me,” said Raffaele. “(This tournament) has tradition in the game, it’s got great value for sponsorship, and most importantly, it’s a charitable event. It’s got a great history and legacy with all the charities. I’m in a situation now where I can leave a legacy. Not just on a personal level, but for what the Desert Classic Charities stands for.”

Raffaele believes the elements necessary for a successful PGA TOUR event are already in place, including world-famous venues in a wintertime vacation dreamland. Lagardere Sports is on board in an advisory capacity, and Phil Mickelson is acting as tournament host. The two worked together closely during their shared time at Callaway, and Raffaele said having the recent British Open runner-up as the host is yet another sign of the tournament’s progress.

“What other pro out there would you want to represent your brand as tournament host?” asks Raffaele. “I worked with Phil for 12-13 years at Callaway and we both have a great mutual respect for each other. So that working relationship is going to be very seamless.

“We have Lagardere Sports in here with some golf event management experience, we’ve got Phil, I know sponsorship value creation, and I know how to organize and structure things to enhance the charity on down the road,” he said. “But more importantly, when you put all those factors together with a great brand like Desert Classic Charities and the CareerBuilder Challenge, it’s kind of a, ‘sum of all the parts is greater than the individual’ with this deal.” 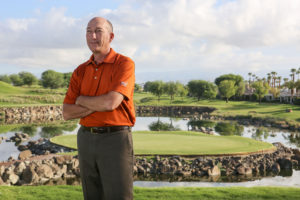 With Mickelson as host, fans might naturally expect a stronger field, assuming Mickelson will encourage his fellow pros to participate. But Raffaele is more concerned with the tournament being perceived as a can’t-miss event regardless of strength of field. No matter who shows up, the product on sale is the PGA TOUR, and the “event” will go on at full-throttle.

“You’ve got to realize there are four major championships; the TPC (Players’ Championship); four World Golf Championships; four FedEx Cup events … what am I up to, 13 events? And the top players play in about 20 or 21,” Raffaele said. “If you’re going to rely on a certain player coming to your event, you might be relying on something that’s not necessarily going to pay dividends. So we have to create and market this event as just that — a community event that’s a national treasure.

“So, yes, if we had 29 of the top 30 players in the world playing, that would make it even greater, there’s no doubt. But at the end of the day, we have to create an event that consumers and sponsors and fans want to come to. And that responsibility lies with us, it lies with Phil, it lies with Lagardere Sports, it lies with Desert Classic Charities, it lies with the PGA TOUR and their support services. And we believe we’re going to put on a heck of a show.”