SUPPORTED TO BE THE BEST

With both Mother’s Day and Father’s Day upon us and golf season in full swing, I can’t help but reflect on my appreciation for the things that have shaped our family the most: our parents and the game of golf.
People have always asked me what it was like to grow up in the Mickelson family, which usually meant, “What was it like to grow up with Phil for a brother?” But sometimes it also meant things like: What was it like to have a Naval pilot for a father?

Was it cool to have such a close Italian family? (Spoiler alert: not always!)

What comes to mind when thinking about our early years are things like: family dinners, a competitive nature, parents who supported us to be our best (as opposed to pushing us to be our best), and having reasonably strict rules that, truth be told, were necessary.

Family dinners usually consisted of Phil giving us a shot-by-shot synopsis of his entire round of golf that day while I played with my peas and rolled my eyes. Back then, if I had known that he would grow up to have commentators clamoring for him to give them a shot-by-shot recount of his round then, well, then nothing. I was eight years old. I still wouldn’t have cared. But I might have rolled my eyes less. Our youngest brother, Tim, was eight years younger than me, so during this time he was the cute, cuddly and awesomely perfect baby who simply sat at the table and made us laugh.

One of our biggest epiphanies came during one family dinner in particular. Phil and I were talking about our “great” shots from the day’s round when my dad interrupted our chest-puffing and asked about our bad shots. We just thought that was hilarious, but he interrupted our cackling and explained that he was curious to hear our analysis of the bad shots. He wanted us to explain the corrections we made and why, appearing to be even more proud of us as we talked about our “failures.” Before we knew it, our focus had totally shifted and we realized that if you play it safe so that you never fail, you are limited in your learning. Failing is not something to be ashamed of, but something to be proud of when you get up and make adjustments. For an eight-year-old, that was mind-blowing. 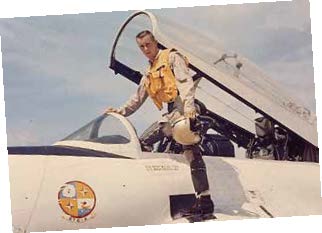 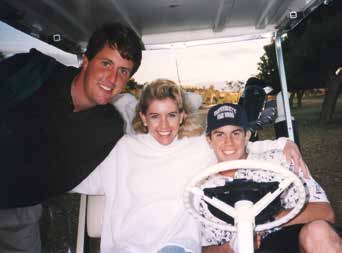 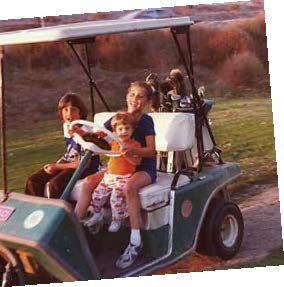 Growing up playing junior golf in San Diego, I had a lot of friends whose parents would push them so hard they burned out before college. They forced their kids to practice for hours a day, got upset if they played poorly, etc. In my 10-year-old mind, this was surely child abuse. If one of my friends didn’t play well, I pictured a cold dungeon, being forced to hit balls beyond midnight, with nostril-flaring parents yelling at every mis-hit or shank. In a child’s mind, things seem bigger and scarier than they really are. There’s a reason athletes with overbearing parents burn out at a young age. But the goal of our parents was to instill passion. “Find something you love, and we’ll support you,” was the deal. And they did.

Every time our dad would go to the golf course he would ask if anyone wanted to join him. If we wanted to go, that was great. But if we did not, that was OK too. I now have a true appreciation for just how patient my dad was when I look back at the many times I said, “I want to go!”

In reality, I would wear my gymnastics leotard and flip down the fairways. Sure, I would hit a 7-iron here and there, but the split leaps and back handsprings were my true reason for being there. He really meant it when he said, “I just want you guys to have fun on the golf course.”

He knew that if we loved the game and had a passion for it, we would put in the hard work to get better. He was right.

Parents are as strict as they need to be, right? Well, I partly blame our parents for some of the shenanigans we got in trouble for because a lot of it was a result of the passion they helped instill in us.

And since Phil isn’t here to defend himself, I’ll use his mishaps to illustrate what I mean.

He was five years old, begging my parents to drive him to the golf course. The answer was a hard no, so he did the only logical thing he could think of: he had a meltdown. Everyone knows that the quickest way for a five-year-old to get what he or she wants is to show attitude.

Next, he grabbed his suitcase full of golf balls, his pee-wee clubs and his stuffed dog, Flopsy, and proceeded to “run away to go live at the golf course.” Now, at five, he didn’t exactly know how to get to the golf course, so he walked. And walked. And walked. Until a neighbor called my mom to inform her that Phil had passed by her house three times in the past 20 minutes and seemed a bit lost. My mom picked him up, and the scene (and punishment) you are probably picturing in your head is pretty much exactly what happened.

Another time, years later, we were hosting Thanksgiving and us kids had plenty of chores to do. I remember hearing Phil ask my mom to take him to the golf course. I thought he was crazy, but I didn’t realize just how crazy he really was until he was nowhere to be found. Come to find out, he paid the neighbor (the one with a newly acquired driver’s license) to take him. After all, Mom didn’t specifically say he couldn’t go. When you are a teenager, semantics can be your best friend.

But there is one thing Phil said to my parents in the car on the way home that did actually give them pause. And we all remember it to this day:

“If I am going to be the best in the world, I have to work harder and longer than anyone else. There are kids practicing today, right NOW, and if I’m not practicing, then other people are improving while I am not.”

That is the kind of work ethic that was instilled by our parents by not pushing but instead supporting. Maybe not necessarily on Thanksgiving when we were about to have 20 people over to the house, but every other moment from then on.

I am thankful for these memories that are due in part to the game of golf and wish all of you mothers and fathers out there the very same magic in your own families.

A Sight For Poor Eyes