Bob and Mary Fischer each experienced the game of golf differently. For former SCGA and SCGA Junior Golf Foundation board member Bob, it was a family game and all about connecting people from different backgrounds. It was his life’s passion since his father introduced the game to him at an early age.

On the other hand, his wife Mary rarely picked up a club, but as a teacher, she was passionate about the life lessons that golf provides. 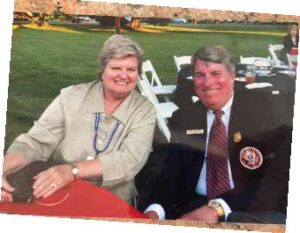 Though Bob passed away in 2017 and Mary in 2020, the Fischer family is still making an immense impact on the future of the game. As founding members of the Foundation’s Legacy Society, the Fischer’s planned gift has created the Bob and Mary Fischer Endowment Fund at the SCGA Junior Golf Foundation.

“The Foundation provided the right combination of my dad’s passion for golf and my mother’s passion for education,” said their son John, a current SCGA board member. “It also promotes their shared belief that golf is an excellent vehicle to connect people and provide opportunities for those who don’t have the immense opportunities that they were able to provide for their own children.”

The Fischer Endowment Fund provides financial assistance for juniors in need of new, properly fit equipment, which can be as often as every six months when a child is growing quickly. SCGA Junior hosts more than 20 club-fitting events annually to provide affordable access to equipment, which is critical to a junior’s enjoyment and success in the game of golf.

“We wanted to focus on equipment because it’s helping break down a barrier to entry,” John said. “It’s very tangible, and it’s allowing people to participate in golf and providing access that they otherwise wouldn’t have.” 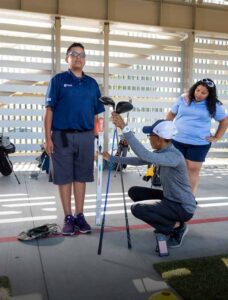 The cost of equipment can be prohibitive for many families, with clubs starting at $200. Through its club-fitting program, SCGA Junior offers financial assistance, but the Fischer Endowment Fund allows those with need to receive their clubs at low or even no cost.

“My parents truly lived the fable of the person who plants a tree in whose shade they shall never sit,” said the Fischer’s other son, Robert. “They had so many wonderful experiences with the Foundation, but I know their contributions are just beginning and the impact of their actions and commitments will continue for a long time and certainly produce many more amazing outcomes.”

CARRYING ON THE TRADITION

In addition to the Fischer Endowment Fund, Bob and Mary also left a lasting impact on their sons. Both are still avid golfers, and John, who lives locally, has continued Bob’s legacy of hosting juniors at their club: The Los Angeles CC.

Bob believed that golf was a game for all, and he enjoyed sharing their beautiful club with young people. Bob supported The Los Angeles CC in hosting the Walker Cup, the U.S. Open and qualifiers for the U.S. Junior Amateur, but he was most excited about bringing SCGA Junior participants out through Play Days.

At Play Days, juniors are paired with members for a round of golf and networking. Juniors are selected to participate based on their golf skill and character, and for many of them it’s their first experience at a private course.

“Dad loved introducing young men and women to members of the club and connecting them with successful people who they may want to emulate,” John said. “He saw the value in those connections, and I still do now.”

For one such junior, Emilie Nguyen, playing at The Los Angeles CC alongside John (pictured left) was a round that she’ll never forget. Of course, six birdies on the North course helped. Now an SCGA Foundation Scholar attending Missouri University of S&T, Nguyen often reflects on that special experience. 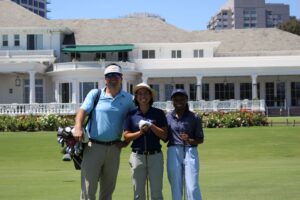 “This was definitely an experience that I keep sacred in my golf memory bank,” Nguyen said. “It taught me how vital an optimistic attitude can be in your golf game.”

The playing partners have kept in touch, and each looks forward to the other’s e-mails.

“John has encouraged me to be optimistic and to celebrate the little victories in life,” Nguyen said. “There would be times at school where I would be going through a rough patch and opening up an e-mail from John would put a smile on my face.”

Like his parents before him, John knows the immense privilege that the family has enjoyed and is committed to sharing his exceptional experiences with as many people as possible.

“My parents gave back, and continue to make an impact, because at their essence it was just who they were,” John said. “They understood the blessings they had in their life and felt a deep desire
to share that with other people. They wanted others to experience the same gifts that they had been given, and the Foundation gave them the perfect avenue to do just that.”