Harmonized: For Bill Harmon, finding success on the golf course meant first finding it in life.

PQ: “Today, my happiest moments are when my ego is smashed. My ego is not my amigo.”

The sprinkler heads work in dutiful intervals over the North Course at Toscana Country Club in Indian Wells, Calif., rising in time for a moment before descending back to the earth. Its a mid-November morning in the Coachella Valley; the deserts high-season is nigh, the course is soon to re-open for play and the electric green of the ryegrass portends a time of rebirth. 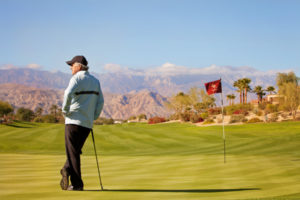 Bill Harmon surveys the grounds from a shaded, fairway perch. His 62-year-old gaze learned and august, Harmon takes in the course revival with all the knowing his bloodline bestowed. The son of the late, luminary Claude Harmon, Bill is the youngest of the four Harmon brothers. His father: 1948 Masters champion, friend to Ben Hogan and teacher to four U.S. Presidents.

Simply stated: Harmon is not simply a surname. It’s a legend, a legacy and an influence which comprises the greatest teaching family in the history of American golf.

And Bill Harmon knows it.

“I’ve had an extraordinary life in the game of golf, but I’m an ordinary person,” says Harmon, the director of instruction at Toscana since the club opened for play in 2005. “Golf has provided me with so many things. Having said that, golf is what I do, it’s not who I am. For many years, it was who I was, and that was too much for me to carry.”

Concurrent to the ever-proud ferry of his last name, Bill Harmon has carried many things: Clubs, wisdom, demons and, ultimately, salvation.

“I don’t think Bill tries to rid his students of any swing feelings that make them feel good. He tries to enhance what we have,” says Jay Haas. “Certainly in my case, he hasn’t tried to make any major changes in my swing over the years; he’s tried to enhance the good parts of my swing. And I see that in all his students. Bill doesn’t have a cookie-cutter idea of what a player should look like or feel like or swing like when he tries to help them.” 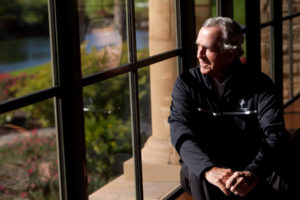 Yet Bill Harmon’s greatest legacy may be the help he’s long accorded himself. Reflecting on the back nine of his life, Harmon has begun this day as he does most days: 4:50 a.m. at a nearby meeting for recovering substance abusers. Gentlemanly, yet with an underlying intensity and emotiveness, Harmon recognizes any success in golf — and in life — as a byproduct of the sobriety he achieved 21 years ago.

“Recovery allowed me to prioritize my life, and I have four priorities in my life,” he says. “First on my list is sobriety; second is my wife and two sons; third is the rest of my family; and fourth is my friends. There is no number five. So, golf is intertwined with it, but it isn’t on there.”

Longtime witness to Harmon’s life inside the ropes and beyond, Haas (who has earned the playful designation as Harmon Brother 5-A) continually marvels at his close friend’s dedication to recovery.

“I’m as proud of him for that as anything he’s done in golf,” says Haas. “I tell him all the time, ‘Bill, I can’t stop eating ice cream. I can’t imagine what you’ve done.’”

The process of dropping drinking and drugs from his life made him realize what is rehab like and it created in Harmon a unique golf perspective to cut with his wit and wisdom. He abhors self-promotion, has shed ego and envy; he looks at a successful player’s publicized posse as “chest-beaters” and laughs at the Golf Digest ranking of instructors (though he has terrific respect for brother Butch).

Harmon is careful to keep his own successes in check.

“All the accolades or recognition . . . I’m not going to deny that it has any meaning to me,” Harmon says. “But its greatest meaning is that it’s a gift of recovery, a thank you to all the people who have helped me. None of this stuff would be happening if I wasn’t sober. That’s why it’s number one on my list. It’s been a great way to keep my hat the right size. Consequently, today, my happiest moments are when my ego is smashed. My ego is not my amigo.”

Feeling that he could never wholly repay to golf what the game has given him, in 2010 Bill and his wife Robin began the Harmon Recovery Foundation, a non-profit organization created to support substance dependency treatment programs.

“Being recognized for teaching somebody to hit a ball with a stick? Who gives a s*** really. Really. I mean really. How can you have an ego teaching people how the play golf?  There a distortion there. The Harmon Recovery Foundation has defined us.”

The knowing eyes that Harmon displays when discussing golf transfer to an emotive cast when he reflects on recovery. Relating an allegory provided him by one of the Foundation’s chief contributors, he continues:

“There’s a beach in a world where there’s a time when all these crabs are hatched — millions of them. And the seagulls and the scavengers come in and start eating them; maybe one percent of them make it to the ocean. And there’s a little girl out there picking up one little crab and putting it in the ocean and some crusty old guy comes by and says, ‘What the hell you doing that for? That’s not going to help.’ And the girl points to the little crab swimming away in the wave and says, ‘Well, it helped that one.’”

“So I get to help one addict at a time,” he says. “And we’ve helped more than one, more than one crab. When you’re changing somebody’s life, teaching golf becomes inconsequential.”

HAPPY JUST BEING HIMSELF 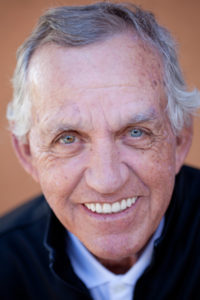 Golf may not define Bill Harmon, but the game’s traditions, lessons and etiquettes are what he espouses daily. And he does it well.

In 2012, Harmon was hired by the Golf Channel as an analyst for the popular On the Range program. On a network filled with oft-brazen personalities, Harmon’s candid, folksy breakdown of the game’s top players has made him an unlikely television star.

“I can just be myself,” he says with pride.

Yet, true to form, Harmon feels his greatest accomplishments on the course have been achieved away from the spotlight. Along with his work with his professionals and aside from his television gig, Harmon teaches six days a weeks, six to eight hours a day and has hundreds of amateur students under his watch.

“When people ask me who my best students are, it’s never a Tour player. It’s a member or an amateur student,” Harmon says. “If you give me a 36-handicapper and we got down to a 26 — that has more meaning to me than a Tour pro. Because a Tour pro, really, you’re gonna be able to help them marginally. If they average a half-stroke better a round, you’ve basically done a yeoman’s job.”

Making the best better can prove fickle duty. For Harmon, the true work with a Tour player is performed when the cameras are off.

“The real teacher is there when their player misses three straight cuts,” he says. “And nobody sees the work you’re doing on the back of the range and he’s mad at you and it could be hot-and-heated — it’s tough.”

Further contrasting the work with pros versus amateurs, Harmon relates one of Claude’s most memorable lessons:

“Ninety percent of what I’ve learned about teaching I learned from my father. And the thing that our father taught us relative to teaching really good players is that you can’t teach talent, but you can mess it up. Be very, very careful what you teach to the gifted player and you have to be very careful when teaching the Tour player. Because if you’re wrong you can ruin their lives.”

The onset of evening creates new shadows across Toscana, and, conversely, where there were once shadows, now there is sunshine. It finds the responding ryegrass and reflects all the hope of rounds to come. Afternoon lessons call for Bill Harmon and he takes a final look at the idyllic scene before him.

“It’s funny,” he says, “when I drive to my recovery meetings in the morning it’s dark. When I drive back home, I drive east and the sun’s coming up,” Harmon says, almost to himself. “And there’s always kind of a parallel to me; that I’m leaving the darkness and coming into the light. And I’m thinking about that every morning when I see the sun come up over the mountains.”

An integral branch of America’s most influential teaching tree, Bill Harmon is as deeply-rooted in golf as he is in the personal redemption that shines upon him. He departs his perch, and the light follows, along the fairway, across the course, and beyond.