Why the Latest Irons Will Improve Your Game

Here’s what club manufacturers know about how you buy irons: You no longer opt for 2-irons. In fact, only the most skilled of you purchase 3-irons while everyone else starts the set at a 4-iron. You don’t really spend more than $800 for a new set. Those of you annually playing 20 rounds or more buy irons roughly every five years, everyone else less frequently. Oh, and most of you won’t be able to tell a 2014 better player’s iron from a 2014 game-improvement model, just by looking at them. 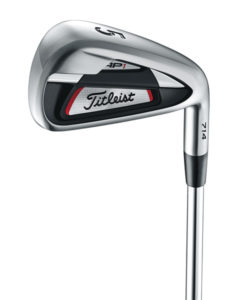 But that’s not your fault. It’s just how clubs are being made these days. Game-improvement features — tungsten weighting at the extremes to enhance forgiveness, thin portions of the clubface that add might and tuning mechanisms that soften feel — have been added to some better player’s irons this year. Everyone needs a little forgiveness. Several TOUR pros are even mixing sets, adding game-improvement long irons into their bags.

In the meantime, some forged elements — typically a staple in blades for the world’s top golfers — have begun emerging in game-improvement irons. For example, some new models boast a forged body that invokes visual confidence. Or a forged face insert that creates strength for more distance. “Expect a ‘player’s iron look and feel with the forgiveness of today’s technologically advanced equipment,” says Chuck Couch, Mizuno Golf’s vice president of product management.

Regardless of the type of iron set, you’ll see an onslaught of long irons this year that ease the burden of hitting high shots. Through tungsten weighting and a lower center of gravity (CG), several companies have been making “long irons perform more like hybrids with more ball speed and spin, and more face deflection,” says Marty Jertson, PING’s director of product development. “We’re bringing more technology, to make them more usable.” 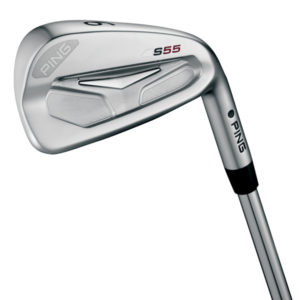 Cobra calls its new BiOCELL ($1,080/$875) the longest irons in golf. Tungsten in the heel and toe of the long and mid-irons increase forgiveness on mis-hits. A perimeter undercut boosts face flex and ball speed.

PING’s S55 ($1,330/$1,110) yield forgiveness through a tungsten toe weight, soft impact feel from a new thermoplastic elastomer Custom Tuning Port, and plenty of ball speed via a face that’s thinned down in the cavity area.

Mizuno’s MP-54 ($1,000/steel only) have a milled “STEP” muscle in the 3-7 irons that repositions weight to the cavity frame, for stability on mis-hits. Plus it creates a deep CG for launch forgiveness while enhancing feel. The short irons’ muscle design helps feel and workability.