There are plenty of long-established events in the world of professional golf. The list of tournaments hosted by famous, historically important venues, or boasting an impressive list of past champions, is equally extensive. But when it comes to blending all of those elements — plus a dash of good old-fashioned glamour — into a single event, there are few, if any, that can equal one of the longtime cornerstones of the PGA Tour, Los Angeles’s famed Northern Trust Open (NTO). 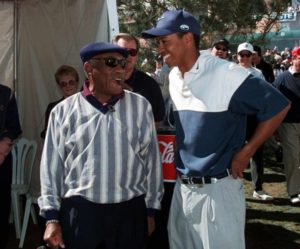 A great deal of the NTO’s cachet, of course, lies in its tenure. Indeed, with its first edition taking place in 1926, it falls behind only the Western Open/BMW Championship (1899) and the Canadian Open (1904) as the oldest continuously played (save wartime) non-Major championship on the PGA Tour. And there were few more glittery events in those early years, due in large part to the tournament’s initial $10,000 purse, an unprecedented sum for the period, but also one which bore the distinction of being partially financed at the outset by legendary actor and golf enthusiast Douglas Fairbanks.

The tournament would also come to benefit from occupying the top spot on the year’s golfing calendar, though not until 1938 when several early January events in Florida were moved to February and March, leaving the NTO to annually kick off the professional golfing year until the PGA Tour reshuffled the schedule significantly in 1974.

Another rare — if not quite unique — aspect of those early events was the fact that they were initially played at several of the Los Angeles area’s finest private clubs, this in an era when professional golf was still considered déclassé in some affluent quarters, and many tournaments were held at public-access courses and resorts. But over its first four playings, the NTO visited the Los Angeles Country Club, Tarzana’s original El Caballero, Wilshire and, in a foreshadowing of the modern era, Riviera Country Club. Hillcrest Country Club would join this mini-rota in 1932, and the event would not be contested over a public facility until a three-year run at Griffith Park which began in 1937.

But beyond money and high-quality venues, the initial success of the NTO was heavily tied to the marquee winners that its strong fields were bound to produce. Indeed, the tournament’s first champion was Hall-of-Famer “Lighthorse” Harry Cooper (who would win it a second time in 1937) and he was soon joined by fellow Hall-of-Famers Denny Shute (the 1930 winner, at Riviera) and Craig Wood (1933, Wilshire). But the man whose presence loomed largest over the tournament’s pre-World War II years was longtime Glendale resident (and Oakmont Country Club professional) Macdonald Smith, who won the title on four occasions from 1928-1934, each time at a different venue. It is a record which has never been bettered to this day. 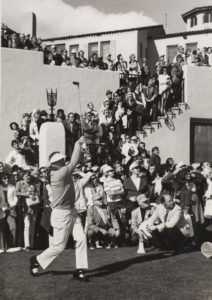 For many, the event’s golden age came during the 1940s and ’50s, an era kicked off with victories by Hall-of-Famers Jimmy Demaret (1939, in a 7-shot runaway at Griffith Park) and Lawson Little (1940, Los Angeles Country Club). But the era would be defined for posterity by the successes of America’s war-era triumvirate, Byron Nelson, Sam Snead and Ben Hogan. Nelson broke through for his only Los Angeles victory in 1946 and, having thus climbed his final golfing mountain, retired at season’s end. Snead was twice a winner, edging Nelson and Jug McSpaden by 1 stroke in 1945 and, in 1950, beating Hogan in an 18-hole playoff after carding final-round birdies at Riviera’s 17th and 18th to tie.

But it would, of course, be Hogan whose name became synonymous with Los Angeles golf, initially by claiming his first NTO at Hillcrest in 1942, then by adding back-to-back titles (as well as the 1948 U.S. Open) at Riviera in 1947 and ’48. Often overlooked during this period, however, was the splendid golf played by Lloyd Mangrum, a Texan-turned-Los Angeleno who won thrice at Riviera (1949, ’51 and ’53) and once at Rancho Park (1956), thus joining Macdonald Smith as the event’s only four-time champions.

The tournament spent the rest of the 1950s and all of the 1960s (save for a 1968 visit to Pasadena’s Brookside Municipal facility) at Rancho Park, where Hall-of-Famers including Doug Ford, Billy Casper and Charles Sifford all recorded victories. But the dominant player in this period, without question, was Arnold Palmer, who won in 1963, ’66 and ’67 at Rancho, who also achieved a more notorious form of immortality by famously carding a 12 at what is today the 18th hole during the first round in 1961.

BACK TO THE FUTURE

In the modern era, the tournament has become synonymous with Riviera, which replaced Rancho Park as the permanent venue in 1973, and has hosted all but two playings (in years the club hosted Major championships) ever since.

“We’re honored to be the custodians of so important an event,” says Riviera general manager Don Emery. “The club is proud to have its own history be so intertwined with that of the tournament — so much so, in fact, that the Northern Trust will be a central part of a golf museum which we’re constructing within the clubhouse in the spring of 2014.” 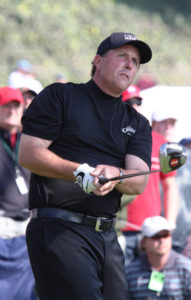 And if the Hogan-Nelson-Snead years provide a bedrock foundation for such a museum, the modern era has certainly staked its own claim, with the roster of winners over the last four decades reading like a Who’s Who of contemporary professional golf. Tom Watson, Fred Couples, Lanny Wadkins and Phil Mickelson have all won twice at Riviera, as have Dr. Gil Morgan, Mike Weir and former UCLA standout Corey Pavin. Their ranks have been joined by a long list of legends who’ve raised the trophy once along the kikuyu-lined floor of Santa Monica Canyon, a roster headlined by Hale Irwin, Tom Kite, Johnny Miller, Nick Faldo and Ernie Els, along with Southern California natives Dave Stockton, Craig Stadler and defending champion John Merrick, who played at UCLA and grew up in Long Beach.

Conspicuously absent from the list of past champions, however, are the two greatest golfers of the modern era, Jack Nicklaus and Tiger Woods. Of course, neither opted to play very often in Los Angeles, with Nicklaus in particular making only a dozen starts here over a 32-year span. Woods, a native of Cypress, has also made 12 starts to date, but his were concentrated within a 15-year span (1992-2006) and, quite historically, include his first appearance in a PGA TOUR event, a missed cut in 1992 while playing on a sponsor exemption.

Of even greater historical significance is the enormous impact that the Northern Trust Open has had on so many charitable and service organizations throughout its long history, a point not lost on the management at Riviera.

“The event raised $1.3 million for charity last year,” Emery points out, “and $58 million over the course of its history, and that’s very much in line with our club’s goal of giving something back to the community. Having had so many of golf’s great moments take place here is something we’re very proud of. But the things that this event does for so many causes within Southern California, that’s something we just consider ourselves very fortunate to be associated with.”

Bring Your Smartphone: In the Decisions for ...

The Five Most Common Mental Mistakes