Spring 2017Travel
Home›Issues›Spring 2017›Majors Travel Guide: Where you can play while the Big Boys Battle Battle It Out in 2017’s Majors

Majors Travel Guide: Where you can play while the Big Boys Battle Battle It Out in 2017’s Majors

Headed to one of the four majors this year? Congratulations. As fun as it to watch those tournaments in high definition from the comfort of your own home, it’s even cooler to be there in person. This year’s lineup includes a bucket list destination, a first-time venue, a links course with a rare Art Deco clubhouse and a PGA TOUR course receiving its very first major treatment. Better yet, bring your sticks and reserve a tee time on some worthwhile layouts relatively nearby after being inspired by watching the world’s best. 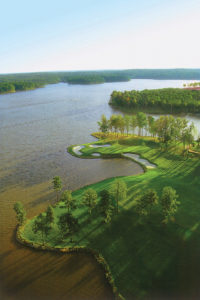 That tradition unlike any other brings you to the eastern border of the Peach State. That is, if you can get a ticket, which is not easy or cheap. Once that’s taken care of, you’ll likely be traveling from Atlanta. While you’re making the two-hour drive to Augusta along Interstate 20, keep an eye out for Exit 130 marked Greensboro/Eatonton.

Just a few miles south of that off-ramp is Reynolds Lake Oconee, a 12,000-acre community that has four courses (of five total) in the Top 10 of GOLF Magazine’s “2016/17 Best Public Courses You Can Play in Georgia.”

The foursome includes The Great Waters Course (ranked 2nd), a Jack Nicklaus design that celebrates its 25th anniversary this year; the Rees Jones-designed The Oconee Course (3rd) which features its namesake lake in play on half of the holes; The National Course (5th); and The Landing (10th). There’s also a 251-room Ritz-Carlton, the high-tech Reynolds Kingdom of Golf sponsored by Taylor Made, and 374 miles of shoreline along Lake Oconee. Public tee times are available at The Landing, but you must stay at the resort to play the other courses.

In Augusta proper is Forest Hills GC, just a 10-minute drive south of Augusta National’s main gate. The two courses share more than just a close geographic connection. Forest Hills — which opened in 1926, seven years ahead of its much more high-profile neighbor— was the course on which Bobby Jones began his final year of competitive golf by winning the Southeastern Open in 1930. He went on to win the Grand Slam that year.

A Donald Ross design, the 7,140-yard layout is known for its generous fairways. The course also offers a special Masters Package: For $160 (plus tax) you get one round, use of a cart, range balls and a Southern-style boxed lunch.

This summer, the U.S. Open heads to the Badger State for the first time, providing a worldwide audience with its first in-depth look at Erin Hills, a sprawling public layout located a 45-minute drive northwest of Milwaukee.

The state is no stranger to majors, though: the 2004, 2010 and 2015 PGA Championships, plus the 1998 and 2012 U.S. Women’s Opens, were played at Whistling Straits in Kohler, just over an hour’s drive north of Milwaukee. The two best lodging options in golf-centric Kohler are The American Club and The Inn on Woodlake, and both are near all four Pete Dye-designed courses in town. 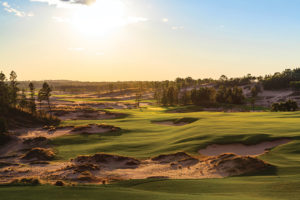 The Straits — venue for the 2020 Ryder Cup — is a bunker-filled layout with eight holes bordering Lake Michigan. This one is as tough as they come, especially in windy conditions. Do yourself a favor and move up a tee box. And strongly consider using a caddie. The Irish — located right next door — is not quite as formidable, but still a challenge in its own right.

It’s a longer journey — close to 2.5-hours north of Erin Hills — to get to the state’s newest high-profile layout at the Sand Valley Golf Resort in Nekoosa. Named for sand dunes that cover much of the 1,700-acre property, the facility will be opening the doors to a Bill Coore/Ben Crenshaw design in May. It’s already garnered high praise, with Golf Digest Architecture Editor Ron Whitten saying the course, “Could be the public Pine Valley.”

It will be the first of multiple 18-hole routings planned at the site: the second is a David McLay Kidd effort already under construction and scheduled to open next year. If you get there and think the whole place, which will include various accommodation and dining options, all has a Bandon Dunes-minus-the-ocean-views feel, you’re right. Sand Valley’s owner is Mike Keiser, the developer of the famed Oregon golf resort.

The world’s best players return to Royal Birkdale for the 10th time since 1954 with the hope of adding their name to the famed Claret Jug. The venue — just north of Liverpool and almost a five-hour drive northwest of London — is located in an area branded as “England’s Golf Coast.” 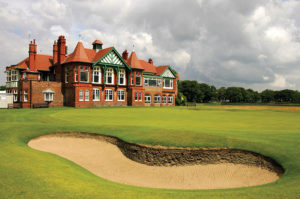 One look at the area’s course roster and it’s easy to understand the appropriateness of that that slogan. Highlights that you can play (but check specific days and times as they vary) include two clubs that have hosted The Open a combined 23 times are nearby: Royal Lytham & St Annes (just south of Royal Birkdale) and Royal Liverpool (across the River Mersey from downtown Liverpool).

Not much farther away are Formby GC (just south of this year’s Open venue) where you can stay onsite in its Dormy House; Southport & Ainsdale GC, site of Ryder Cups in 1933 and 1937; and Hillside GC, an Open qualifying site this year and perhaps the area’s toughest test, highlighted by a superb back nine.

Having hosted the PGA TOUR’s Wells Fargo Championship since 2003, Quail Hollow, a private club on the Charlotte’s south side, gets to host its first major this summer. Rory McIlory has the inside track already: he has won here twice already, in 2010 and 2015.

If you’re looking for place to both stay and play golf while in town, check out The Golf Club at Ballantyne Resort, a 15-minute drive south of Quail Hollow. Opened in 1998, the relatively hilly layout features five par-3s (the 10th is all carry over water) and is capped off by a downhill closing hole with water near the green, which sits in front of the seven-story hotel. Instruction is available at the on-site Dana Rader Golf School. The resort has three types of accommodations: a 199-room hotel; a 35-room lodge; and a private cottage. 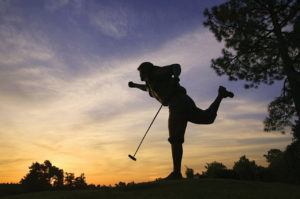 But the main draw is Pinehurst, just over two hours away to the east. Frequently called “The Cradle of American Golf,” the resort offers nine courses, plus a cool 18-hole putting course called Thistle Dhu.

The centerpiece of it all remains Pinehurst No. 2, which most recently hosted the 2014 men’s and women’s U.S. Opens in consecutive weeks. The course, which celebrates its 110th anniversary this year, was extensively renovated by Bill Coore and Ben Crenshaw in 2011; the pair brought back a much more natural look to fairways and waste areas while retaining the famed greens created by original designer Donald Ross. Check out the statue of Payne Stewart right behind the 18th green that celebrates his 1999 U.S. Open victory.

Pinehurst No. 4 is scheduled to undergo a renovation by Gil Hanse later this year with a re-opening planned for 2018. Pine Needles and Mid-Pines, just down the road from Pinehurst, are among the other courses worth checking out here in the Sandhills region. No matter which where you play, consider staying at the iconic Carolina Hotel (with a memorable breakfast buffet) or the Pine Crest Inn, where you can try your skills at chipping balls to the fireplace.