San Diego native Xander Schauffele knew exactly what he wanted to be at a young age. He can prove it, too. In a third grade yearbook from Dingeman Elementary School in Scripps Ranch, Schauffele wrote underneath his class picture of his hoped for future job: “To be a PGA Tour golfer.” Now 24 years old, he has not only achieved that lofty goal, but done so in remarkable fashion.

STRONG OUT OF THE GATES
After highly successful high school and college careers in Southern California, and a year on the Web.com Tour, Schauffele made history at the 2017 U.S. Open at Erin Hills, won two tournaments, and earned PGA Tour Rookie of the Year honors. The success helped his bank account, too: he went from winning $149,000 in 2016 on the Web.com Tour to earning $4.3 million last year.

The successful season didn’t start off too smoothly, however, with Schauffele missing seven of 13 cuts before qualifying for the U.S. Open in June.

“I felt like I was playing the same golf when I was missing cuts, but I couldn’t wrap my head around what I needed to do,” he said. “I wasn’t calm, and I feel there’s a different level of calmness that veterans on the PGA Tour have. When you’re on the Web.com, Canadian or LatinoAmerican Tours, you just don’t know how good you are yet.” 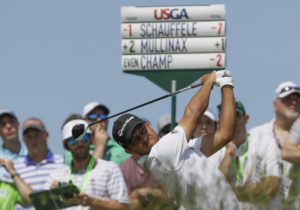 Xander Schauffele hits a tee shot on the eighth hole during the second round of the U.S. Open golf tournament Friday, June 16, 2017, at Erin Hills in Erin, Wis. (AP Photo/David J. Phillip)

Then came the U.S. Open in June, at Wisconsin’s Erin Hills.

“I played in the Monday 36-hole qualifier for the championship, plus the tournament (FedEx St. Jude Classic, where he finished 52nd) that week in Memphis, so I had logged a ridiculous amount of holes,” said Schauffele. “Then I go over to the U.S. Open, which is supposed to be strenuous, and everyone was taking a huge break before it. I was completely golfed out going into it. Just qualifying was a huge thing for me. I kept saying I had nothing to lose that week. No one really knew who I was.”

That anonymity was shattered after he became the first player ever to shoot a bogey-free opening round 6-under-par 66 in his U.S. Open debut. He went on to finish tied for fifth place.

“I was lucky because Erin Hills reminded me of Barona Creek Golf Club (in Lakeside), a course I used to play and had won at in college,” he said. “The greens were similar, and the lay of the land was similar too, with rolling hills. It made me feel comfortable enough to compete right out of the gate.”

MENTALLY TOUGH
The increased confidence in his game showed, as less than a month later he birdied two of the final three holes to win the Greenbrier Classic, and in September became the first rookie ever to win the Tour Championship, making a slippery, downhill putt on the 18th hole to clinch a 1-stroke victory over Justin Thomas. 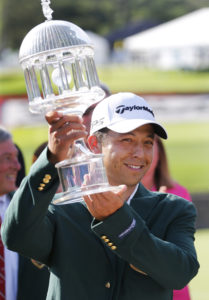 “As a rookie, I felt all those guys knew just how good they were. I didn’t know if I could hang with them. At the U.S. Open I just played my way into my own belief and kind of never looked back. Everything comes from being mentally tough out there, and then being calm, stable and professional.”

Schauffele is quick to give credit to his father Stefan, who plays a pivotal role in his career: “He wears a ton of hats. He is my manager, handles all of my travel logistics, and he’s been my swing coach and mental coach my entire life. I speak with him almost every day. He pretty much built my swing to what he thought would be good enough to compete on the PGA Tour. The wins made it feel that we had been doing the right thing for the past 13 years.”

Golf actually wasn’t Schauffele’s favorite sport initially. “I always played soccer, which I loved more than golf, until I realized I didn’t really like playing team sports. Then my father told me I couldn’t play golf with him until I could carry my own bag for 18 holes. So I started out hitting balls as hard as I could on the range at a local public course. He didn’t tell me a whole lot, just to go hit balls until I was tired. I was hooked. Then we joined Bernardo Heights Country Club, and that’s where I played my first 18 holes.”

“I told my coach at the beginning of that year that I wanted to win a state championship because the school had never won one in any sport,” he said. “To win that was pretty awesome.”

The success continued in college. After playing his freshman year at Long Beach State University, where he was named the 2012 Big West Conference Freshman of the Year, Schauffele transferred to San Diego State University. There he earned PING and Golfweek Third Team All-American honors while setting multiple team records, including the all-time career scoring average (71.50). Schauffele also won the 2014 California State Amateur Championship at La Costa Resort and Spa in Carlsbad. 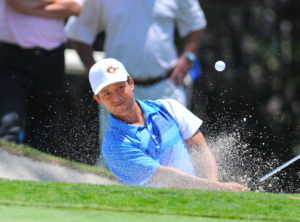 With his rookie year now behind him, Schauffele, who played 28 events last season, is looking to fine-tune his upcoming schedule. In addition to playing in the Masters for the first time, he’s anxious to get back home for the Farmers Insurance Open (January 25-28) at Torrey Pines, a course he played frequently in high school, but where he has missed the cut in two PGA Tour appearances.

“One of the reasons I have gotten off to slow starts in my career is I don’t know how to handle an offseason,” he said. “I would always practice and other guys would take time off and come back and do well. I never really take time off. I figured if I could work my ass off every day, then no one is going to pass me by. I’m trying to learn how to relax and create a schedule so when January comes I’m ready to compete, but still fresh. I’m sure I’ll be more nervous than I should be pegging it at Torrey, though.”

While all the prize money he earned in 2017 is nice, even more important to Schauffele is the three-year PGA Tour exemption his wins brought him.

SCHAUFFELE’S SAN DIEGO
“I would like to get to the beach more, but I’m always in the sun with my job, so when I’m home I find myself kind of hiding inside most of the time and hanging out with my friends, who still make fun of me the way they used to.”

“I love all the Mexican food here. It’s what I look forward to the most when I come home. I live in the Hillcrest area right now, close to Little Italy. It’s kind of a hot spot for food. I’ll eat just about anything and I’m a big fan of a good dinner.”

“I followed the Chargers growing up, but since they moved, I haven’t followed them at all. I’ll check my phone every once a while for a score, but I’m not destroyed when they lose now as much as I used to be.” 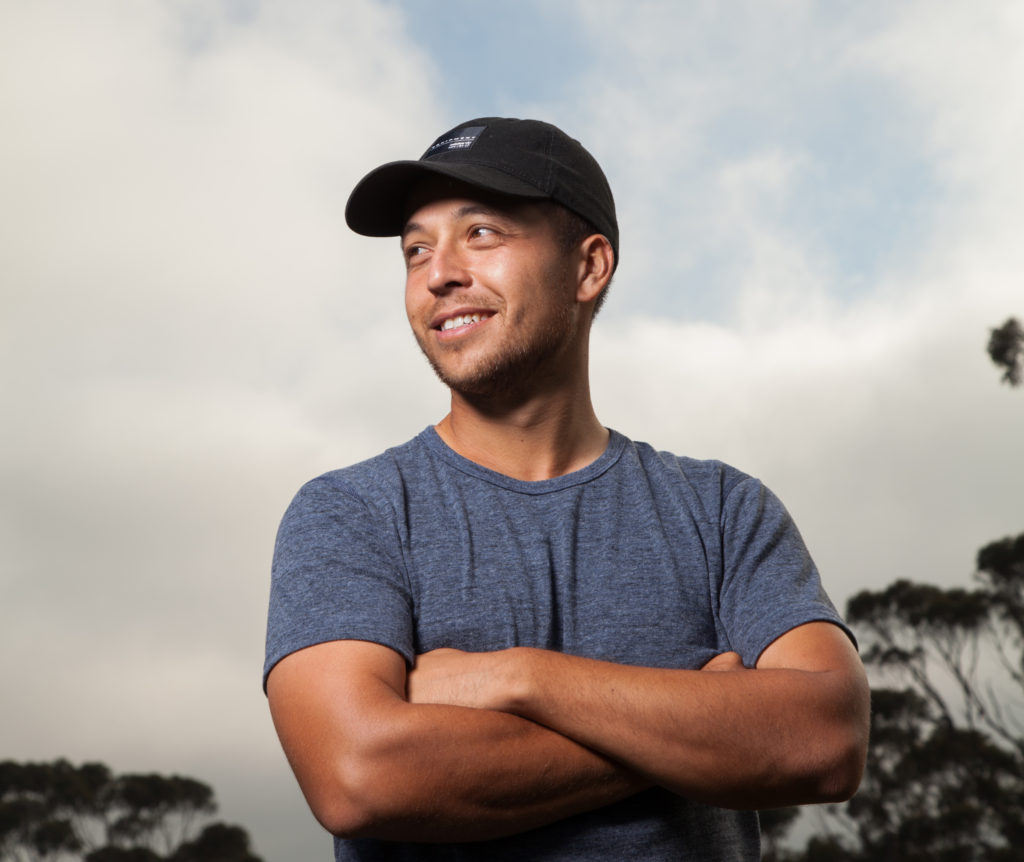 Golf Dives Into The Future