Every Hall of Fame career can be traced back to an initial victory, one that serves as a reassurance of belonging. For World Golf Hall of Famer Johnny Miller, that tournament was the 1968 California Amateur Championship.

Heading into his senior year at Brigham Young University, Miller was already a rising star among the college ranks, using the summer of ‘68 to tune his game and compete against the best amateurs on the West Coast.

“I had a lot of momentum going into the week,” Miller says. “All the work I did with my dad was paying off and I can honestly say I truly had the perfect upbringing.”

Two years prior, a 19-year-old Miller finished eighth at the 1966 U.S. Open at The Olympic Club in his native San Francisco. On Saturday, Miller was paired with Jack Nicklaus.

“Being paired with Jack on Saturday was surreal,” he says. “It let me know that I could play against the pros.

Going into that memorable summer 50 years ago, Miller had set his sights on turning pro. “All my energy was going towards a goal of playing on TOUR,” said Miller. “I was determined and certainly trained like it.”

Heput a premium on exercise that spring, running on the beach and putting himself through grueling physical workouts consisting of pushups, pull ups and squeeze grips.

The result? You guessed it: He gained 20 years off the tee. 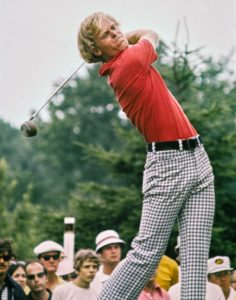 “It was a whole new ballgame for me,” Miller says. “I always had great iron skills, the only think lacking was a little bit of distance. Also, my putting was usually ‘okay’ but the week of the Cal Am, everything came together.”

The 37th playing of the Cal Am was held at Pebble Beach Golf Links, a place Miller had played three times prior and fallen in love with.

“I had a passion for Pebble,” chuckles Miller. “In fact, my wife told me once, ‘You only get one girlfriend during our marriage and that’s going to be Pebble Beach!’”

Once the competition began, Miller made it look easy. Blessed with gorgeous Northern California weather — never a certainty — the fairways played firm and fast, allowing Miller to use his newfound length off the tee and ride a red-hot putter through the semis and into the finals against Les Peterson.

“I was putting my brains out,” Miller says. “Not to mention I was also hitting the ball a mile.”

That combination spelled trouble for Peterson, as it had the rest of the field. Miller would go on to dismantle his opponent to the tune of a Cal Am record margin 12&10 in the final match. 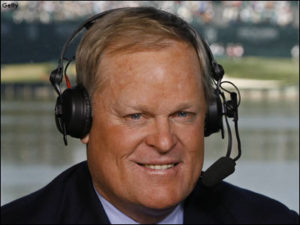 “That win was a turning point for me,” Miller says. “Not too many people could have beaten me that week, let’s put it that way. Perfect ball-striking and lights out putting had me rolling.”

A career that included 25 PGA TOUR victories and two major championships had it’s jumping off point.

“That victory was quite preparatory for going out on TOUR and making a living,” he says. “I knew I belonged.”

Miller turned professional on his birthday less than a year later, in April of 1969. The rest, as they say, is history.