Alison Curdt wears so many hats her business card needs to be printed on an 8 x 10 piece of paper just to cover all of her endeavors.

Her primary day job is serving as director of instruction at Wood Ranch GC in Simi Valley where she is considered one of the top young golf instructors in the country. She has garnered many accolades in this category, including being named the LPGA’s 2015 “National Teacher of the Year;” the 2016 “Southern California PGA Teacher of the Year;” one of Golf Digest’s “Best Young Instructors in America;” and just recently, the LPGA named Curdt one of the top 50 instructors in the United States.

In addition, for the last few years she has served as a volunteer assistant golf coach for Cal State Northridge’s women’s golf team. She also devotes time to playing, having qualified for four LPGA majors in the last few seasons, including the 2017 KPMG Women’s PGA Championship, and most recently having become the first Southern California female PGA Professional to qualify for the prestigious PGA Professional Championship, set to be held June 17-20, 2018 at Bayonet Black Horse in Seaside, Calif.

READY FOR A CHALLENGE

Besides her love of golf, Curdt also has a keen interest in psychology. That interest sent her back to school where she earned a Master’s degree in Clinical Psychology from Pepperdine University. As she was working toward her degree, she started doing more and more mental game coaching with her golf students. That mental game coaching ramped up at the start of this year.

After becoming a fully licensed psycho-therapist, Curdt opened a new private practice in Woodland Hills called Curdt Performance Therapy. In her new practice, she works with athletes from not just the golf world but a lot of different sports, helping them deal with the mental side of competition and performance. 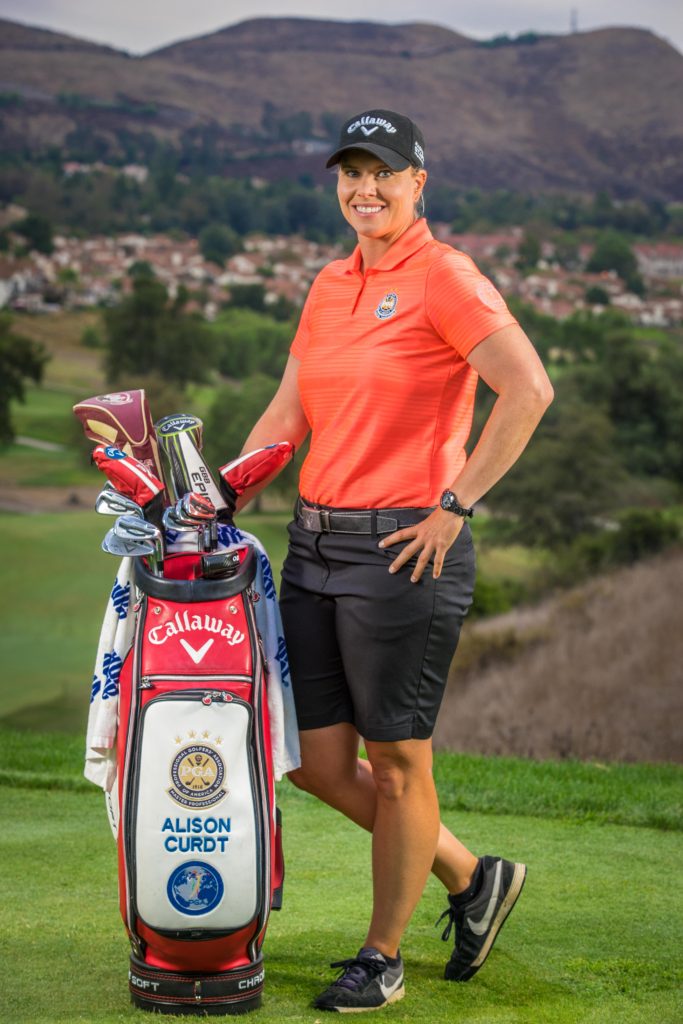 “I call it my evening gig,” Curdt said. “The goal is to help athletes become the best versions of themselves. I have a lot of clients who are golfers, but I’ve also worked with athletes who play field hockey, lacrosse, water polo, baseball, figure skating and swimming.”

Many of her clients are young athletes who have come to the realization that the mental game significantly impacts their performance.

“They want their minds at an elite level,” Curdt said. “When it comes to being elite in any endeavor, there are core components that you need to deal with and that’s what I focus on with my students.”

Curdt’s new business is the latest example of how the former Florida State University golfer is always ready for a challenge: In 2007, she became the first female golf professional at Sherwood CC in Thousand Oaks. In 2011, she became the 10th female golf professional to become a Master Professional. Even more impressive is that at age 29, Curdt was 20 years younger than any of the other nine females who attained Master Professional status.

“To have that designation is quite an honor,” said Curdt. “This industry is dominated by men, so being a woman I have to strive for excellence any way I can.”

Attaining Master Professional status started with Curdt putting together a thesis of sorts, one that covered 14 golf-related topics, including knowledge of the fundamentals of the game, theories on the golf swing and thoughts on what technology she uses in teaching. It took Curdt about a month and a half to complete her 175-page paper.

She also had to go to Florida to spend a day going through a series of oral presentations in front of two Master Professionals. It included a one-hour presentation of her paper, followed by a 45-minute question and answer session. Her final task was to teach a live 30-minute golf lesson to an anonymous student that the two panelists watched and graded.

Being both young and a female, Curdt believed she would receive extra scrutiny from the panel.

“I had some obstacles to overcome to convince a group of experts that I am an expert even though I don’t have two decades of experience to fall back on,” she said. “It was super intimidating. It was much harder than hitting a tee shot in front of a large gallery.”

One nice aspect of the process is that the applicant knows the same day whether they passed. After giving the lesson, the two panelists provided their feedback before welcoming her to the club.

FOR THE LOVE OF THE GAME

Curdt started a new chapter of her golf career when she left Sherwood early in 2014. She established her own brand, Alison Curdt Golf, which allowed her to use her teaching abilities at a course of her choice. After a brief stint at Angeles National GC, she was approached by Wood Ranch about joining them as director of instruction. Instead of joining the staff, Curdt remains an independent contractor, giving herself the ability to teach both members and non-members.

Over the summer, she was featured on two national golf specials in the span of 10 days; a Golf Channel show called “The Drive for the U.S. Open,” and a CBS special, “Turning Passion into Profession.”

“Having played in competitions helped me be comfortable being on camera,” Curdt said. “I enjoy it and I feel like the publicity I get is helping me move toward my goal of being a nationally recognized instructor.”

That’s exactly how Colette Rosenberg became one of Curdt’s students. A friend of hers had seen Curdt on the Golf Channel and suggested she take a lesson from her. That was nearly two years ago.

“I was instantly impressed by how I felt connected to her,” Rosenberg said. “Her voice, the way she teaches, it’s very calming and very positive. You can feel she cares about you getting better. She’s had a really positive effect on my game, both physically and mentally. The mental game coaching we’ve worked on has been so helpful. She’s encouraged me to think outside the box.” 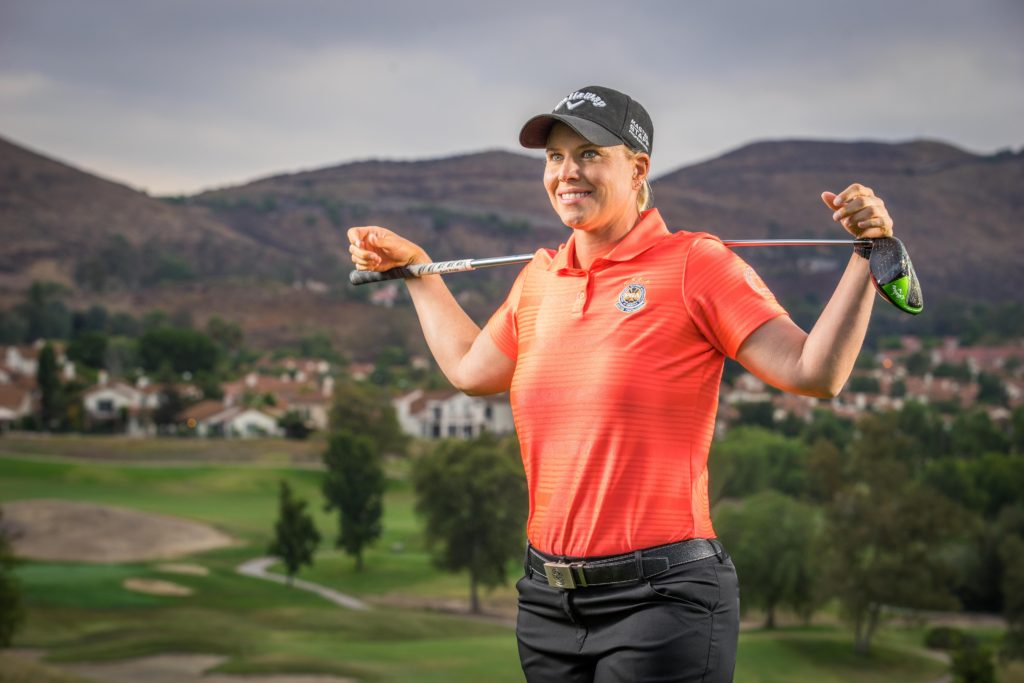 Much of the work that Curdt does with the players on the Cal State Northridge team also involves the mental side of golf, helping players formulate an on-course strategy and deal with the stress of competition.

“It is Alison’s passion, and this sets her apart from other teachers,” Umeck said. “She is a clear and honest communicator who can relate to students of all skill levels. In being a great teacher, she is a true student of the game, and it is my hope that more and more golfers will look to her as they develop and progress in golf.”

Splitting her time in a multitude of ways is something Curdt enjoys, calling it part of the fabric of who she is.

“From the time I was a kid, my parents told me if I was interested in something I should get involved,” Curdt said. “There have been times when I’ve gotten involved in so much I have over-extended myself. When that happens, it forces me to refocus. This time of my life I have been given the opportunity to explore a lot of things and I love it.”

A ‘Super’ Take On Golf