What does one do after achieving a professional benchmark at the age of 33? 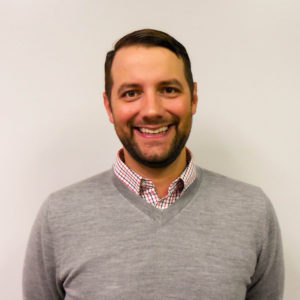 McCabe put himself in position to take on his new role by working his way up through Lagardere Sports and Entertainment’s golf operation. He served as tournament director for the Web.com Tour’s WinCo Foods Portland Open presented by Kraft Heinz, and will continue in that role. He also helped run the Albertson’s Boise Open presented by Kraft Nabisco, and assisted with the operations at the PGA TOUR’s Safeway Open presented by Chevron in Napa. He and his team also provided consultation services to the 2017 CareerBuilder Challenge, the Dean & DeLuca Invitational at Colonial Country Club in Fort Worth and the Greenbriar Classic in White Sulphur Springs, West Virginia.

Now he’s Lagardere’s point man, working with Tournament Executive Director Jeff Sanders to call the organizational shots for the CareerBuilder Challenge, scheduled for Jan. 17-21 in La Quinta. McCabe said the event’s bones and history are already in place. It’s his job – and his intention – to maximize the tournament’s profile and charitable donations while offering patrons an unparalleled sports entertainment experience.

“Certainly it’s my career goal to run a PGA TOUR event, and this presented me with the opportunity to do it. We did some consulting with the tournament last year, and (I’m) really just excited to get going,” McCabe said.

“This event has a lot of similarities to what we were able to do as a company, and as a team, in Napa at the Safeway Open,” he said. “In just two short years, we rejuvenated that event, and brought new life back into it. Brought much more interest in the eyes of the golf fans and the PGA TOUR. So it’s a very similar situation here, with a very high potential to make this thing great.”

While it’s his first solo effort as a PGA TOUR tournament director, McCabe said he’s certain he and his team can make a clear and positive mark on the arc of the tournament’s history. He said all the ingredients to create a top-tier professional golf event are either already in place or accessible; the mission before him and his team is to execute on their vision, to bring food, golf, social settings and concerts together to create a tournament experience that’s compelling to the modern valley resident, part-timer, or visitor.

“The rich golf culture the valley has is a huge benefit,” he said “Obviously people travel in from all over the world to visit the valley, and to play and experience golf here is hugely important. Certainly the weather in January is a huge benefit, and you know the long-standing relationship this event has had with the PGA TOUR – it’s been on the schedule for over 60 years. That’s a testament to what this tournament has been able to do, and we’re excited to partner with everybody in town to make this thing grow.”

And how’s it going so far? 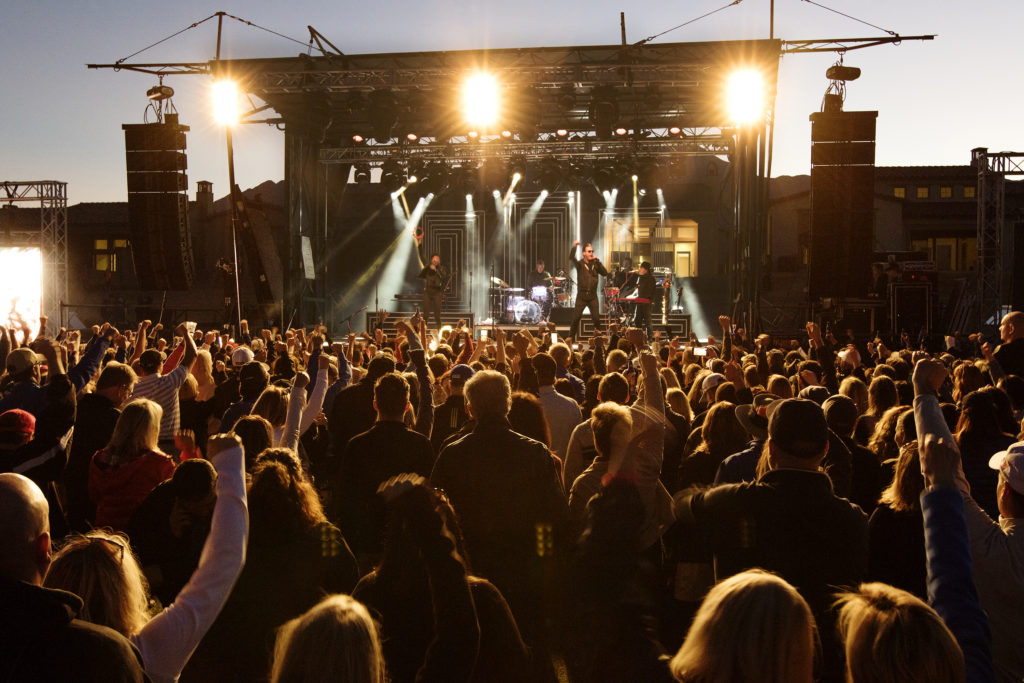 Fitz and the Tantrums concert at the Career Builder Challenge Saturday, Jan. 21, 2016, on the driving range at PGA West. (Photo by Patrick Hagerty)

“Lagardere officially signed on as tournament manager as of Sept. 1, so we’ve just been here about two short months,” McCabe said. “But things are going really well; we are generating additional revenue for the golf tournament, we finalized our concert acts for Friday and Saturday evenings, we have secured a Von’s Fan Pavilion that’s on the 18th green, it’s going to feature local restaurants, great beer, wine, and spirits for all of the $30 ticket holders to enjoy. Casamigos (Tequila and Mezcal) is a sponsor once again, and their fan experience, the Casamigos Club 17, will be open to all of the fans at the $30 ticket level. And ticket sales have already doubled year over year.”

McCabe’s plan to give $30 ticket holders the run of the joint is an intentional effort to make every patron feel like a sponsor. The $30 ticket will offer skybox-type seating options, and free admission to the accompanying Friday and Saturday evening concerts. Huey Lewis and the News is scheduled to appear on Friday, with the Goo Goo Dolls slated to provide musical entertainment on Saturday.

“Improving the fan experience is a priority because quite frankly, that’s all we can control,” he said. “We understand that Dubai is taking place, we understand that unless (your event is) a World Golf Championship or a major, you’re not guaranteed to get a great field. So we’re very lucky and honored to have (tournament host) Phil (Mickelson). He only plays in 20 events a year and the tour schedule is so strong, and there’s an event every week, so there’s no off-season. So we can only control what goes on outside the ropes, and we’re going to improve that drastically.”

Now that he’s achieved his goal, McCabe wants to stick around for a while, even though it means splitting time between the Coachella Valley and Portland.

“I’m not going anywhere, my friend,” McCabe said. “I’m fortunate to be able to spend a lot of time here in the desert, I’ll hop back and forth between Portland and here, but I consider myself a desert resident right now. I’m going to be here though the duration, and we’ve got a great team of people here that’s stuck with this and stuck with us. So I’m just excited to work with our team here, and I’m in it for the long haul. I’m a young buck; I’m only 33, the future is bright, and the sky’s the limit.”

Resume highlights: Lagardere employee for 10 years; has served as tournament director for the Winnco Foods Portland Open presented by Kraft Heinz, the regular-season ending event on the Web.com Tour at Pumpkin Ridge Golf Club, since its inception in 2013.

No one knows I: “am a terrible golfer even though I love golf.”

After the tournament, fans will talk about: “Great concerts, they’ll be talking about their food and beverage experiences on the golf course, and an exciting finish where Phil’s the winner on Sunday.”

A Work Of Art