Still on a Mission: Mission Hills’ Traditions of Excellence

Mission Hills CC in Rancho Mirage is among the great sporting clubs in the country. Nearing its 50th anniversary, the club’s mission of achieving high-end distinction finds no cease.

Debuted in the Coachella Valley desert in 1971, two years before Rancho Mirage became an incorporated city, Mission’s foundings date to the decade prior, when developer Max Genet began working with the Agua Caliente Band of Cahuilla Indians to establish lease agreements for the property’s 640 acres.

Distinguishing themselves from the star-studded, nearby clubs of Thunderbird and Tamarisk which debuted in the early 1950s, Mission Hills was one of the nation’s first master-planned communities, and at the time the largest one in the country.

In 1968, famed British golf architect Desmond Muirhead began crafting The Old Course (now The Dinah Shore Tournament Course), an iconic design that would eventually be counted as the first of Mission’s trio of tracks.

“One of the interesting things about Desmond is that he’s one of the only golf architects who also designed homes around the golf course,” says Garret Kriske, general manager at Mission Hills.

The same year the club and course debuted, Mission’s penchant for big and forward-thinking worked in concert to create a confluence of growing history. It was in 1971 that David Foster, president and CEO of Colgate Palmolive, took a leap of faith that would ultimately define Mission Hills on the world’s stage.

In 1972, two years before Colgate would buy Mission Hills, the LPGA’s Colgate Dinah Shore Winner’s Circle tournament debuted. With the magnetic Shore serving as hostess, and a purse of $100,000 dwarfing the Tour’s previous-best bounty of $22,000 at the time, the event’s instant marketing, television and celeb-laden pro-am images were soon brought to viewers and fans across the nation.

The tournament’s budding success saw a baton pass to new sponsor Nabisco in 1982, and, a year later, the LPGA designated the event as a major championship with the tourney scheduled as the game’s first major of the season. 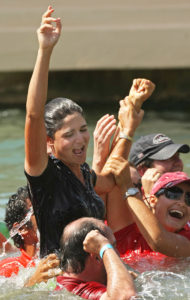 Such a burgeoning splash was augmented in 1988 when Amy Alcott, after capturing her second title at the event, spontaneously leapt into Poppie’s Pond (named for longtime tournament director, Terry Wilcox) adjacent to the 18th green. Alcott, with Shore in tow, would enter the waters again in 1991, and by 1994 the victor’s leap had become an annual and coveted ritual evolving through the event’s modern day sponsor, All Nippon Airways (ANA).

Save for The Masters, the ANA Inspiration is golf’s longest-running tournament continuously held at the same locale.

“Everybody I’ve spoken to over the years says this is the tournament they need to win to validate a great career, just like The Masters on the men’s side,” Kriske says. “What’s neat now is that because so many of these women in their 20s and 30s grew up watching the leap into the Pond, it resonates. And when you come here on Monday of tournament week and see these first-time players, you can tell that they feel they’re at a place that is special.”

In unison with the tournament’s legacy, so grew the property. In 1979, the Arnold Palmer Championship Course opened in what would serve as The King’s first of nine credits in the Coachella Valley. A decade later, Mission Hills’ all-star architectural cast grew longer with the debut of the Pete Dye Challenge Course (originally named the Dinah Shore Course). In 1993, the property would be purchased by current owner, ClubCorp.

“Having three completely diverse courses is pretty cool,” says Kriske. “And they’re all totally different tests: The Tournament Course is revered; The Palmer Course tends to be the one our members flock to the most; and the Dye, especially for our low-handicap players, is a serious test from the back and one of the desert’s toughest plays from those tips.”

The club has also been host to the American Junior Golf Association’s ClubCorp Mission Hills Desert Junior since 1982. Echoing the history authored by the LPGA’s legacy at the Tournament Course, the junior event is the longest-running tournament host on the AJGA schedule.

The AJGA’s influence at Mission Hills extends to the organization

n’s ANA Junior Inspiration, a now-global field which debuted in its new format in 2017. Begun by the SCGA as the Junior Legacy Challenge in 2012 with the unprecedented prize of awarding the victor the final spot in the major championship, the roll call of winners runs an all-star girls’ cast of Allison Lee (2012), Angel Yin (2013), Lilia Vu (2014), Haley Moore (2015) and Andrea Lee (2016).

“These kids, as they grow up, come here through the SCGA and AJGA,” says Jim Robinson, director of golf at Mission Hills. “Especially for the girls, this place becomes the goal for them – to jump into Poppie’s Pond and live that dream.” 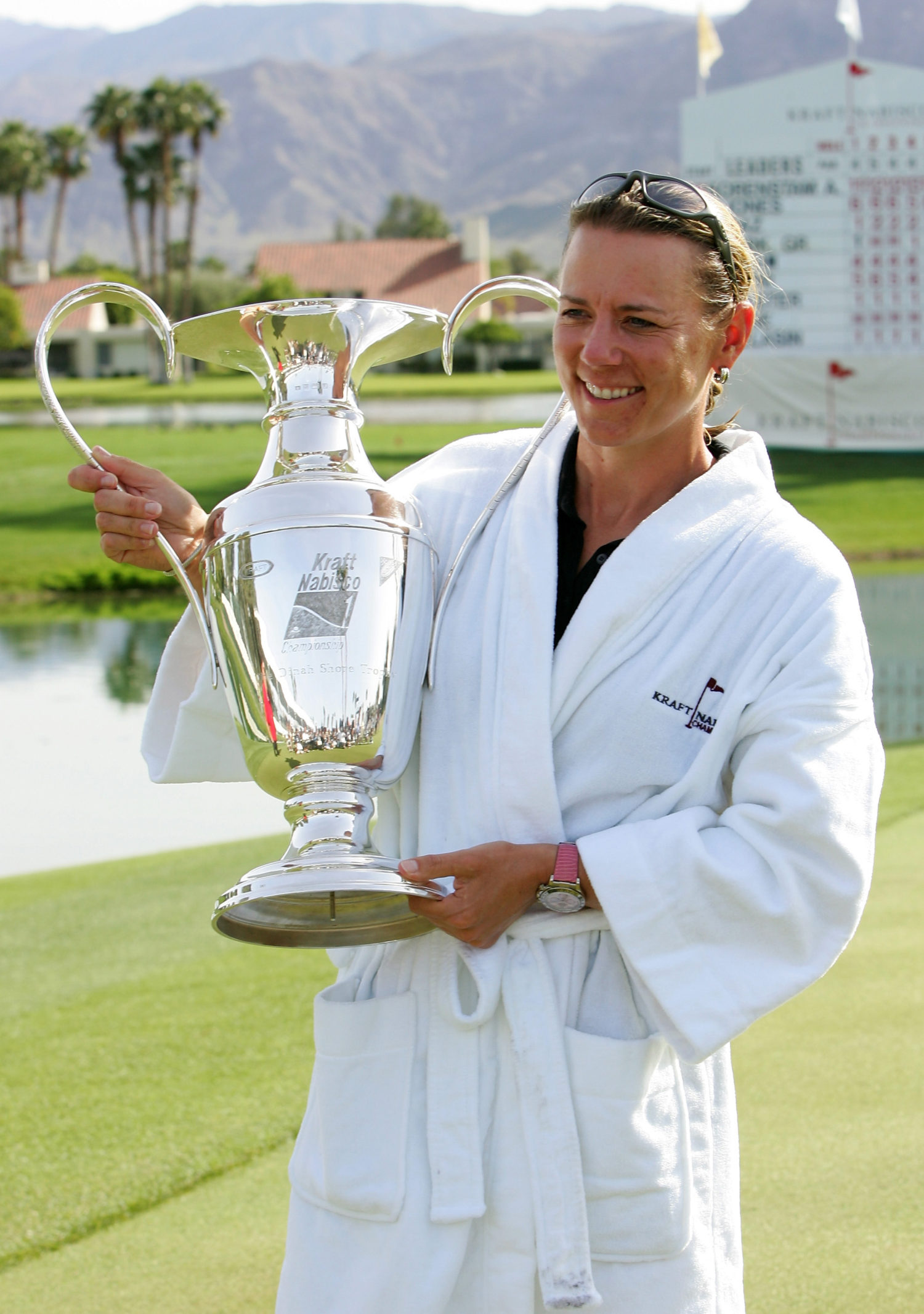 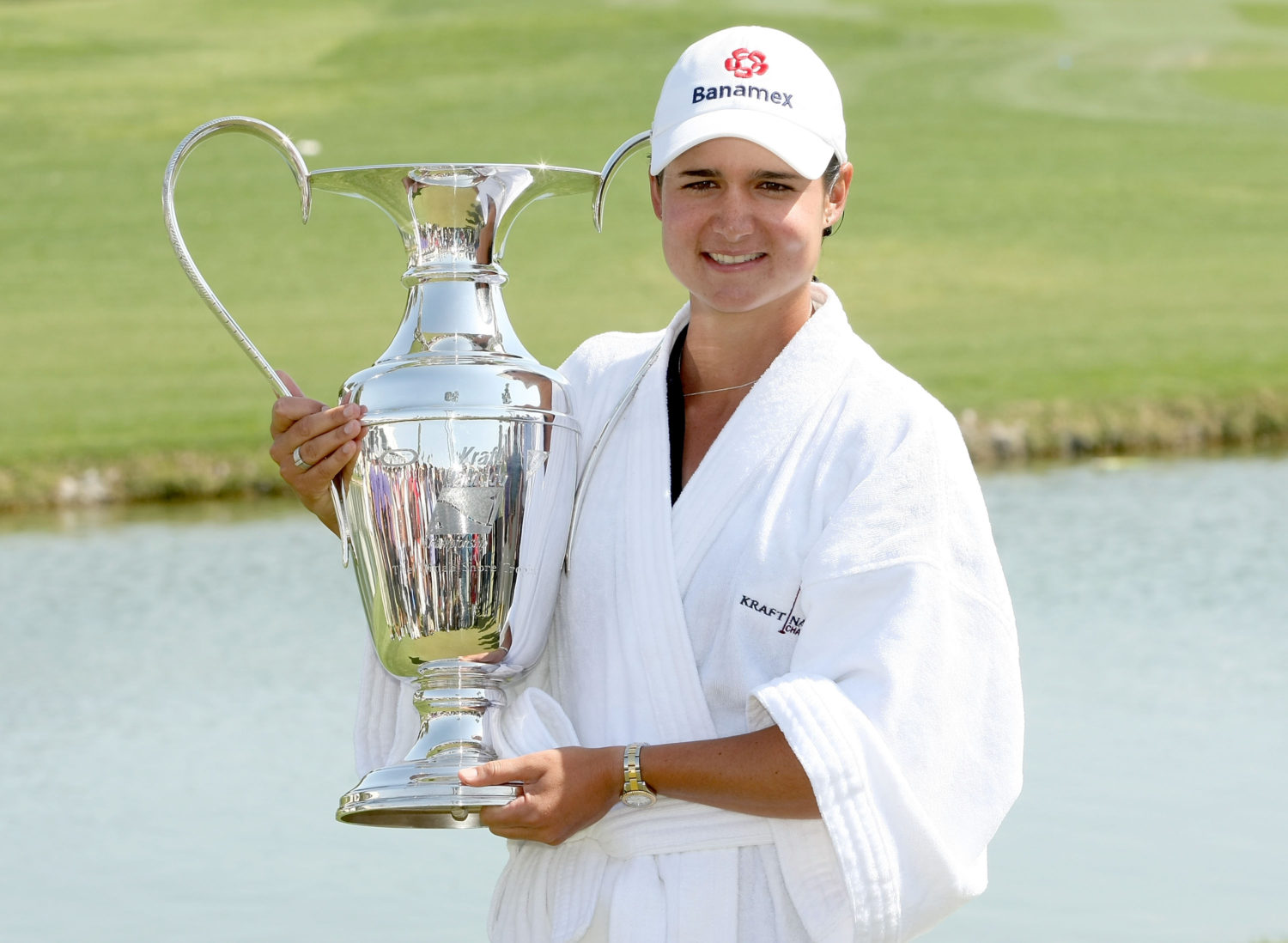 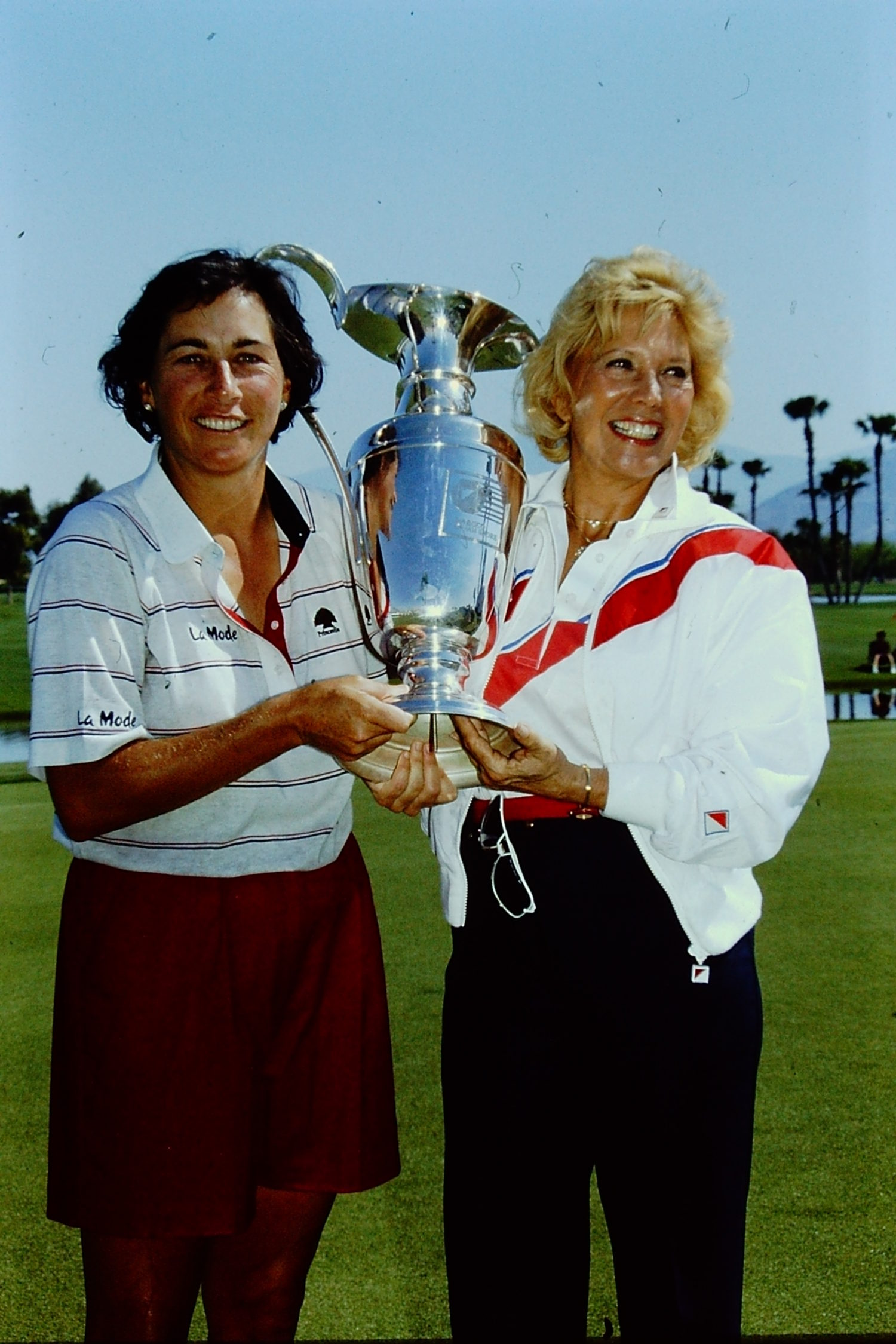 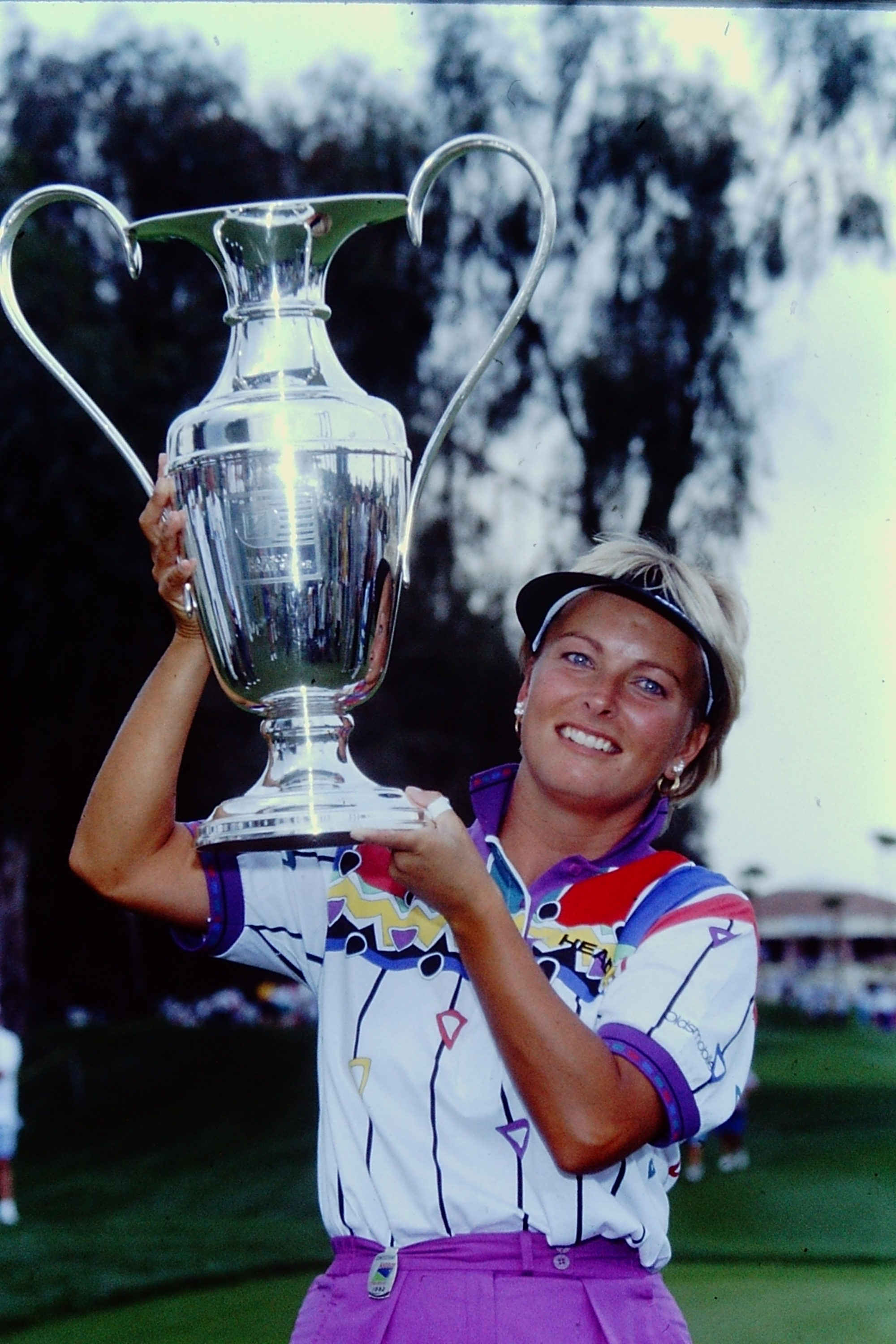 ALL SHAPES OF GAME

While golf defines Mission Hills, the club’s tennis history proves just as vast and storied. Sporting 34 courts (including 10 grass and four clay surfaces), a move from course to court sees an equal level of lore.

In 1976, former top-ranked American Dennis Ralston would become Mission Hills’ director of tennis and, a year later, Martina Navratilova became the club’s first resident teaching pro. In 1978, the Davis Cup hardcourt final was hosted at the club, with the United States defeating Great Britain 4-1 and John McEnroe winning the final match; the event marked the first Davis Cup to be held west of the Mississippi.

The nation’s bicentennial year also saw Mission Hills host the American Airlines Tennis Games, won by Bjorn Borg (over Arthur Ashe) in its first of a five-year run at the club. The tournament would serve as a the genesis for today’s annual BNP Paribas Open, where the Indian Wells Tennis Garden hosts the world’s largest pro combined ATP and WTA tournament.

Mission Hills’ milieu of sporting greatness extends even further. This year, the Croquet Club served as host to the MacRobertson Shield (the sport’s Olympics) and, in concert with a 2016 clubhouse renovation, a Snooker Club debuted, with the table graced by world champion (and new member), Cliff Thorburn.

“In the valley, there’s what we call a ‘gate and hedge syndrome,’ where people drive by a club and never know what’s on the other side,” says John Conroy, director of membership & marketing at Mission Hills. “Here, people and their families come in, and are pretty amazed by all these things going on.” 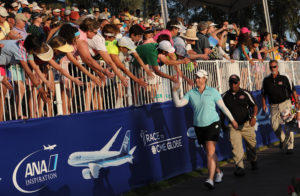 Brittany Lincicome gives high fives to the crowd on her way to the 18th green the ANA Inspiration on the Dinah Shore Tournament in 2015.

As a championship extension of Mission Hills’ sporting evolution, 2017 marked the Coachella Valley debut for the SCGA Amateur Championship, as 84 of SoCal’s finest took on The Tournament Course in the 118th playing of the event.

“It’s very special, and it’s very important that it be here, as it had never been played in the desert,” says SCGA President Keenan Barber, a Mission Hills member for 41 years. “It’s good for the valley, it’s good for our club and our members have a lot of pride in the way we hold events of this gravity.”

Stretched to four days of (morning) play and allowing carts to accommodate the valley’s summer sizzle, competitors in one of the nation’s most traditioned championships vied to etch their names into the Am’s storied history, alongside recent winners such as Woods (1994), John Merrick (2001), Cantlay (2011) and Beau Hossler (2013, 2014).

“We always talk about setting a vision, and we take a lot of pride in not just doing something just to do it,” concludes Kriske. “When you look at a lot of the things done here, it’s about doing it tops in its class. The ANA’s history, it’s not something you can buy, it’s not anything you can manufacture … it has to come from an organic place of tradition.”

The Almighty Burger: Sure, everyone claims theirs ...

Hooray for Hollywood, as the song goes, and the U.S. Open in its infrequent visits to Southern California precincts accordingly delivered. Its leading men were Ben Hogan in ’48 at ...