I Know Mo: My Friendship with Mo Martin

I remember it well, the second after Mo Martin won the 2014 Ricoh Women’s British Open, when I began writing this article. I wanted to write down how I had become friends with Mo.

It was great that golf fans were getting to know Mo. Who wouldn’t be drawn to her magnetic personality broadcast with such transparency during her on-screen interviews during that Women’s British Open week. ESPN’s broadcasters such as Judy Rankin, Dotty Pepper and Tom Bennett all did a great job both of drawing out Mo’s champion-sized personality and filling in details about her golf path that lead to that remarkable win, her first on the LPGA Tour, and a Major win at that.

Who wasn’t moved deeply by the story that emerged almost as quickly about her granddad, Lincoln, who continued to attend her tournaments in person beyond his 100th birthday and was her biggest fan at the time of his death at 102 the year before her big win? I recall seeing him at such events maneuvering his motorized scooter around the course at a pretty good speed.

I got to know Mo first as a neighborly acquaintance that evolved toward friendship via the occasional conversations we had together at the Pasadena café we both frequented, as well as during practice sessions we shared at both Angeles National GC in Sunland and nearby Altadena GC, both a mile or so from where I live and from where she grew up and learned to play golf.

I first met Mo (Melissa is the name on her birth certificate) one day while hitting balls on the range at Altadena. We were hitting next to one another and I instantly knew I was in the presence of a very good golfer. I asked her if she was a college player, and after saying that she was one at UCLA, but was now playing on the LPGA’s Futures Tour (now the Symetra Tour). Her eyes lit up a bit when I told her I was a writer because she said she loved to read, so we bonded on two fronts right away.

“Good luck, Mo,” I said, and packed up my clubs for the day.

It couldn’t have been more than two weeks later that I found Mo standing on line for a hot tea at Peet’s Café, just down the street from Cal Tech. We sat down together, where I learned that not only did Mo like to read, but she also enjoyed writing and playing the drums.

In fact, others who know Mo also miss (because once on the LPGA she discontinued producing them) the weekly blogs she used to keep and send out en masse about her experiences traveling America and developing her game on the Symetra Tour.

Having read them, I found myself not only admiring her spirited, imaginative and well-written prose, but also thinking they had the potential to be turned into a fascinating book about a young, unknown golf pro working her way up the elite pyramid of golf’s heights. I imagined it as a true-to-life chronicle unfolding in real time about “living the dream,” as Mo herself has put it, or a kind of wholesome, honorable and present day Tin Cup. 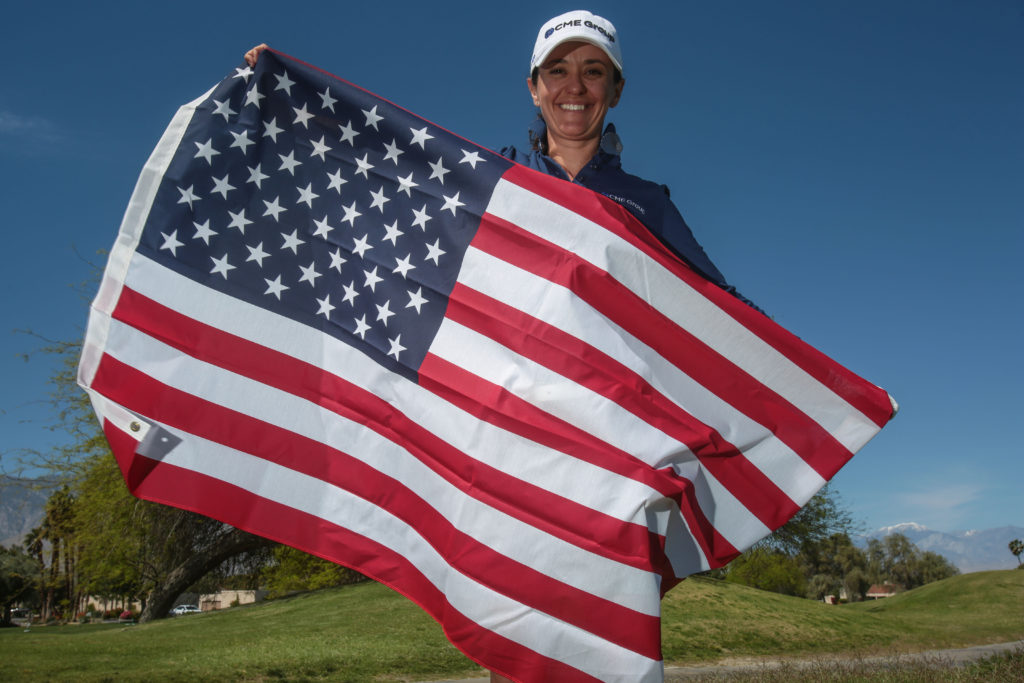 Some damage to her left thumb and hand area after her British win kept her out of competition for a while, robbing her of some of the attention a major win brings. It took a long time before an L.A.-based doctor finally figured out the nature of the injury and treated it correctly.

She has made a small grip change as a result of the trauma to her thumb. That and a plastic thumb brace she wears when she plays seems to have relieved the pressure and pain on the thumb, which no doubt accounted to no small degree for the fact that 2016 was her best ball-striking year since turning pro. In fact, Mo has led the LPGA Tour in driving accuracy each year since she joined it.

The late Gary Adams, founder of TaylorMade Golf, had a phrase of praise that he would save for a select species of golfer. He would say of, and whenever he could to, such a player, “You’re a golfer’s golfer.”

That’s certainly a description fits Mo Martin to a tee.