“You come here the first time to play golf, but you come back a second time to have our food and drink.”

That’s the wish of Josh Ragheb, director of food and beverage at Lakehouse Hotel and Resort in San Marcos, which includes two golf courses. And it’s at the Tap-In Tavern at the St. Mark Executive Golf Course, which has recently undergone a substantial facelift, where he may have achieved just that.

The new restaurant, which replaced a pretty basic snack shack, has a fun, modern feel to it. With a Full Swing Golf simulator inside, and an open patio that overlooks the golf course, it’s the perfect place for either before or after your round on the dynamic 18-hole short course.

The first thing you’ll notice is that despite the restaurant’s name, there is actually no beer on tap at Tap-In. Instead, the management has opted to boast an impressive menu of craft beers in cans.

“There are two parts of the business,” said Ragheb. “One is making money, and one is creating a culture and really being part of something. That interests us here. If I have to choose between four or five beer flavors, and I’ll make a better margin because they are kegs, or having 25 really cool flavors, but have people who will come back because we offer something that other places don’t, I choose that.” 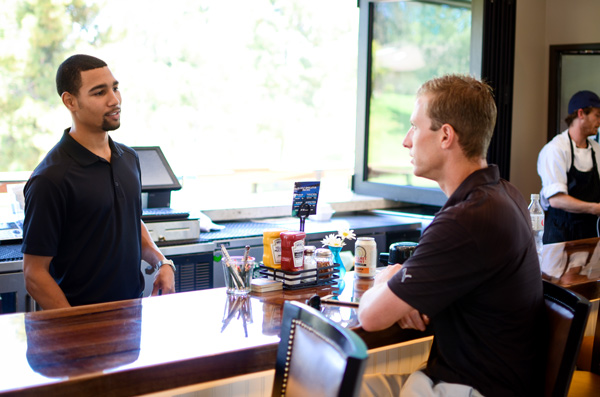 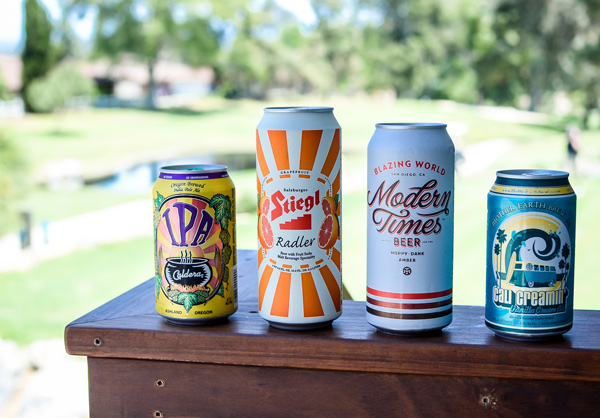 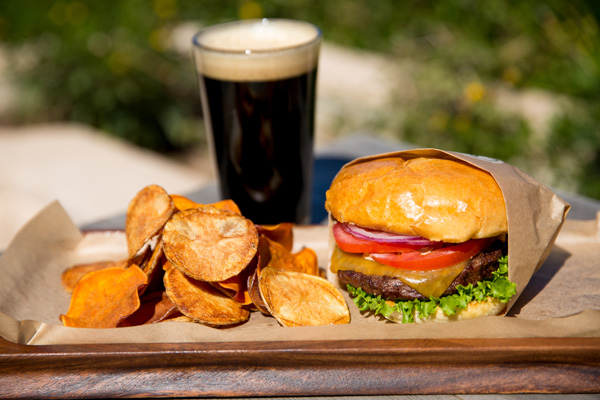 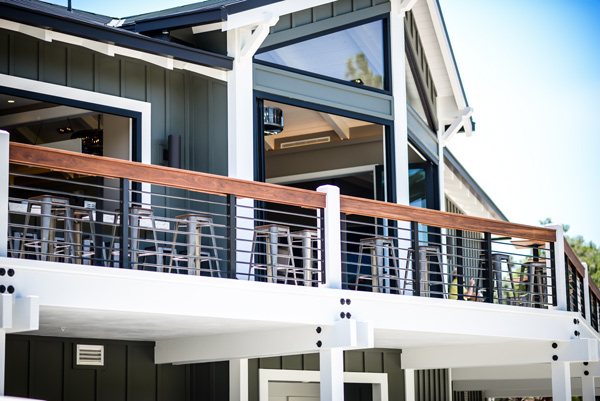 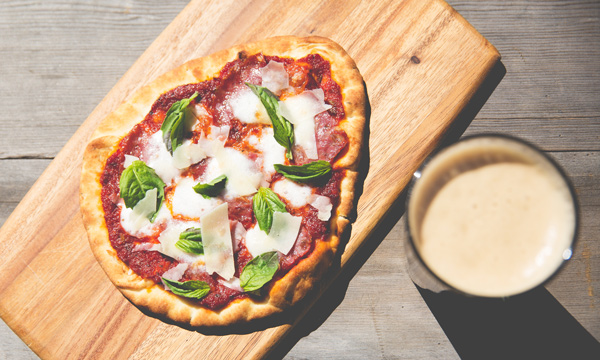 And the beer list certainly is impressive. With San Diego turning into one of the craft beer capitals of America, Ragheb has a wide variety of local brews to choose from, including Ballast Point, Stone Brewery, Modern Times, Saint Archer and many more. We certainly didn’t miss kegs on our recent visit, and the cans made it easy to take a beer or two with us in our cart. Plus, with the wide variety of options, you’ll be sure to find a new favorite brew.

“One of the things that excites me most is when someone comes in here, and may not recognize the beers on our menu, and we suggest something that they end of falling in love with,” said Ragheb.

Not a beer drinker? Don’t fret. Tap-In consistently keeps in stock the Stiegl Radler, a grapefruit “beer” that tastes a lot more like a wine spritzer than your typical brew.

And with the on-the-go golfer in mind for the drink menu, the same goes for the food offerings. The restaurant is not full service, you can order up at the counter upon arrival, and the food is designed to be made quickly and to-order. But that doesn’t take away from the quality.

“What I let lead me is making food that is fresh, with good ingredients,” said Ragheb. “If you go somewhere and eat fried, unhealthy food and go play golf, you might not feel your best. If you eat something that is a little cleaner, your body feels different, and we try to carry that over. We know we have to do food that is made quickly, can be handheld, and is easy to eat, not your typical throw it in a fryer, wrap it in foil product. That was our challenge, to blend those things.”

And they have. If you’re dining in, we suggest the Crispy Chicken Bites, which come with honey Sriracha and ranch dipping sauces. It’s a perfect, shareable appetizer that pairs well with any of the beers available. Also for those sitting down to dine are pizzas served on house made pizza dough. There are typically four of these individual-sized pizzas available, highlighted by the Steak & Blue, which is topped with prime rib, carmalized onions, blue cheese and arugula. The Honey BBQ Chicken Pizza is also a fan favorite.

For those taking their food out on the course, Tap-In features a number of “Handhelds,” which are wrapped in an artisan flatbread and served with house-cut chips. There are traditionals like a burger or ham and cheese, but also more advanced sandwiches like the Crispy Buffalo Chicken and the T.B.C. Melt, which comes with turkey, bacon, avocado, swiss cheese, tomato, arugula and pesto mayo.

It’s also worth noting that the Tap-In caters to the breakfast crowd as well, with scrambled egg-based Handhelds, a Greek Yogurt Bowl, pancakes, hash browns and more traditional skillets.

Where are they now: David Hobby