They’re called channels, troughs, slots, pockets and trenches. Whatever the term, they’re the latest craze in driver clubheads. Essentially they’re gaps sculpted into the clubhead, located directly behind the clubface and running parallel to it. In most models, you can see it in the sole.

Here’s how it works: At impact, the channel allows the clubface to flex inward and then immediately rebound, creating a powerful trampoline effect that catapults the ball forward at a high velocity. That in turn, translates to distance — moreso than with drivers that have no channel. How much more yardage you get depends on who you ask, but conservatively expect a few extra yards.

Clubhead construction like this effectively enlarges the sweet spot and reduces ball spin for more distance from shots hit all across the face. Many of the manufacturers employing this are using variable face thickness, as well. Thus, your mishits toward the heel or toe, or even low on the face, will behave more as if you hit it right on the money with respect to distance and accuracy. And you’ll appreciate your center shots all the more.

Plus, there’s a nice side effect to all of this: Because the clubface gives a little bit at the moment of impact, it makes shots feel and sound more solid and satisfying. Here are some of the new models available. 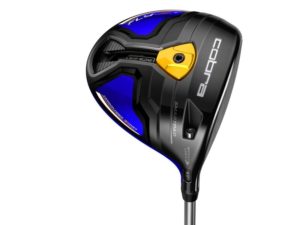 Cobra’s Fly-Z+ ($399) sports a “Speed Channel” around the clubface perimeter. It also has a few other nice features, including adjustable loft and brand-new “FlipZone” weight technology, which is a movable 15-gram sole weight that be positioned either toward the clubface, where it generates ultra-low spin and a penetrating ball flight that rolls more, or in the rear of the clubhead, where it creates more ball spin, higher flight and more carry.

Titleist’s adjustable-lofted, high-MOI 915 ($499) is available in two versions, each designed for distance and forgiveness through the “Active Recoil Channel” on the sole that assists the clubface in boosting ball speed on mis-hits. The pear-shaped 460cc D2 maximizes forgiveness and is easier to draw. The deep-faced 440cc D3 has no draw bias, is more workable and generates less ball spin. Both models are already quite popular on the PGA Tour.

The TaylorMade AeroBurner ($299) has an improved version of the company’s “Speed Pocket,” which in this case is larger than on any of the brand’s other models — it spans the entire sole length for maximum performance. The inverted cone on the inside of the clubface aims to rev up ball speed on off-center hits. The ultra-light shaft is longer, and combines with a lightweight grip to enhance clubhead speed through impact.

While these are just three examples of where the technology is at work in 2015, there are several others on the market, too. And you’ll also find channels built into some fairway woods this year.