Rams Hill GC is in a League of its Own

The Tom Fazio-designed golf course at Rams Hill is one of a kind, even for Fazio. Yes, it’s technically within a golf course community, with a smattering of adobe-inspired homes speckled along selected fairways, lending a note of civilization.

But the primary, overpowering element that foists Rams Hill GC into the upper echelon of California golf courses is the glorious isolation. It dominates the atmosphere, overwhelms player perception and ratchets up to 10 the feeling one gets taking on an architectural specialty in such an awe-inspiring setting.

AWAY FROM IT ALL

To understand the area, one has to know and understand the Anza-Borrego Desert State Park. About two hours from the Coachella Valley and San Diego, southwest of the Salton Sea, the park is over 600,000 acres of dunes, desert expanses and ancient rock formations. It’s a haven for outdoor lovers, particularly those who enjoy a spin on their off-road vehicles. Campers equipped with the best waterproof tents and hikers appreciate the limitless sky, vast landscape and the feeling the closest city is a thousand miles away. 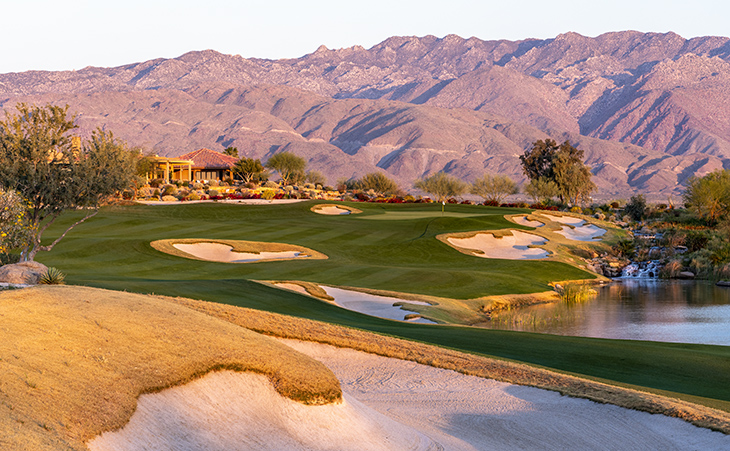 Those factors drew the original developers to the area back in 1986. From a business perspective, the property seemed to be lurching between high times and obsolescence from the very beginning. The original course incarnations also showed flashes of what could be, were there a sustainable business plan in place. And, maybe, what a big-name architect could do with such an attractive piece of land on which to work.

During an economic uptick early this century, ambitious ownership hired Fazio to sculpt a course for the ages. Fazio didn’t disappoint, creating a championship layout with all of his trademark applications: unique bunkering, wide fairways, and large, multi-level greens. Like Fazio’s most celebrated courses, the finished product looked as though it had been there since the beginning of time.

Last decade, however, its future was once again unclear. When the Great Recession of 2008 struck the U.S., golf properties nationwide suffered. The Rams Hill property shut down in 2010 and lost its water rights.

The desert wasted no time attempting to reclaim the routing and wipe the course from the face of the Earth. Trees began to wither, turf grass disappeared, and abandoned bunkers seemingly mocked man’s futile attempt to bend the desert to his will.

While others saw the scorched bones of a failed development, Rancho Santa Fe businessman Bill Berkley saw an opportunity. In 2013, he encouraged business partner Terry Considine, a Fortune 500 CEO, to come in with the financial firepower needed to properly bring the property back to life.

Originally reluctant, Considine eventually began to see what Berkley saw, and they formed T2 Borrego to manage the project. They set about securing the rights to six water wells, which allowed the golf project to move forward with a form of insurance. 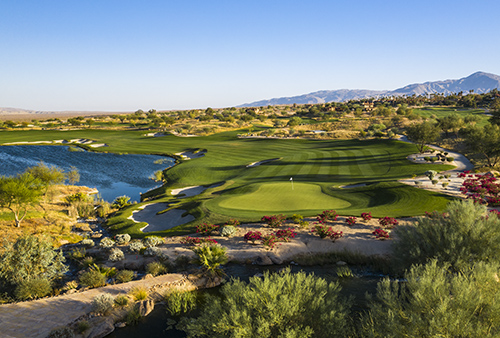 With the lifeblood of the course secured, the next step was bringing the course back to life. Architect Tim Jackson, who assisted Fazio in the construction of the course, was brought back to provide consultation. The resurrected course, stretching to 7,232 yards, reopened in late 2014.

Since then, there’s been no turning back, no unscheduled closures, no course-conditioning issues. Despite the pandemic, it’s full speed ahead at Rams Hill, with this year’s opening scheduled for late October.

While magnificent solitude is the course’s greatest asset, it can simultaneously be its biggest drawback. Once out on the five-star course, the big skies and 360-degree mountain views speak directly to the players. It was getting there and back from San Diego, Los Angeles, the Coachella Valley, the Newport Coast, etc. that’s traditionally kept annual rounds down.

T2 Borrego has recently addressed this issue, striking up relationships with local hotels and securing homes behind the development’s gates. The idea: Eliminate the one-day automobile back-and-forth by offering an array of stay-and-play options. The concept should run up the annual rounds count, and create a positive ripple that starts with groups coming in for several days to play the critically acclaimed course, and find they’ve fallen in love with the area as well.

IT DOMINATES THE ATMOSPHERE, OVERWHELMS PLAYER PERCEPTION AND RATCHETS UP TO 10 THE FEELING ONE GETS TAKING ON AN ARCHITECTURAL SPECIALTY IN SUCH AN AWE-INSPIRING SETTING.”

Groups can stay and play at the three-bed, three-and-a-half-bath “House on the Hill” overlooking the 15th fairway; or the Firethorn House, a four-bed, four-bath configuration within walking distance of the clubhouse. Other options include Casa Del Zorro Resort, another Great Recession resurrection success story just down the street from Rams Hill, or Borrego Springs Resort, which has its own style and allure.

And, because players can stay in the homes for as much as a month, there’s plenty of time to discover the magic of the Anza-Borrego area itself. The outburst of wildflowers every spring; the Borrego Springs Film Festival; artist Ricardo Breceda’s Metal Sky Art; the planetarium-like nighttime views in an International Dark Sky Community. And great natural wonders as far as the eye can see.

For groups who enjoy convenience and luxury, there’s Borrego Springs Airport car service, and a helipad right on the Rams Hill property.