Of the 25 USGA championships that have been played in Southern California, none have taken place in the San Fernando Valley. That changes at the end of April when El Caballero Country Club in Tarzana hosts the U.S. Women’s Amateur Four-Ball Championship.

Started in 2015, the championship is open to two-player teams of female amateurs with an individual Handicap Index® not exceeding 14.4. After two rounds of stroke play, 32 teams advance to match play. In both stroke and match play, the lower score of the two partners is used as the team’s score on each hole. Competitors in the championship have ranged in age from 11 to 70 years old.

The U.S. Women’s Amateur Four-Ball will bring national attention to “El Cab,” which opened in 1957 with a Robert Trent Jones Sr. design that was renovated by the late John Harbottle in 2005. But the club is no stranger to big events. A perennial U.S. Open sectional qualifying venue, the club also hosted the LPGA Tour’s Office Depot Championship, a tournament won by World Golf Hall of Famers Se Ri Pak (2002) and Annika Sorenstam (2003 and 2004). That pedigree is what drew the USGA’s attention.

“The number one factor when we are finding a site for a championship is the caliber of the golf course,” said Rachel Sadowski, USGA tournament director. “We thought El Cab would be a great fit for this particular championship. Anytime we can be in the Southern California area, especially with how popular golf is there, it’s a great fit for us. The club itself has been really welcoming of the championship. But the course will always be number 1. It’s a great golf course.” 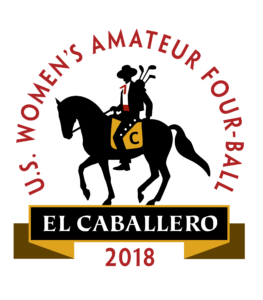 “We feel like we have a gem of Southern California, a Trent Jones Sr. from the mid-20th century when most golf course architecture aficionados would say is when he did all of his great courses,” said Phil Lopez, general manager. “It’s typical of his design style — undulating greens, heavily bunkered, and good strong par 4s. It’s a great test of golf.”

The hallmark of the course, located 30 minutes northwest of downtown Los Angeles and 15 minutes west of Burbank, are those greens. “They are very undulating, and depending on how quick the USGA wants to get them, they can be pretty scary at times,” said Lopez.

“It’s a course that brings out your weakness, whatever it is,” said Mark Taylor, head professional since 1997. “But the greens are definitely the toughest challenge. When we hosted the LPGA event it was the greens that made it tough for them. Those players hit the ball very straight, but the ones who putted well usually ended up winning.”

The four-ball format provides championships organizers with some flexibility when it comes to course set-up.

“That’s actually a fun side of it for me,” said Sadowski, who worked closely with course superintendent Doug Meadows on changing some fairway contours to make bunkers less protected by rough.

“Especially in this championship, with it being the four-ball format, I’ve got in the back of my mind that there are two players who have a go at it. So I try to put different things in my course setup that present some risk/reward. “During match play the hole locations get a little trickier. It’s a pretty tight course with some protected greens, so you can really put some tough hole locations out there. We may even pull the yardage back a little bit once we get into match play. But I’m also looking at where we can have the two players really have to use their minds and think strategically to play these holes and go for birdie. We want players to be going for that.”

One example will be the 17th hole. “The club plays it as a par 4, but I’m going to play it as a par 5,” said Sadowski. “It will be a short par 5, about 460 yards, but there’s water on the left side of the green, so they’ll have to put themselves in a prime position off the tee to really get on that green in 2. And it’s not a huge green.”

There’s also the fifth hole, a shortish par 4 with water front left where players could get really close to the green with their drives, and the par-5 seventh, a dogleg right where the green may almost be reachable in 2 shots off the tee.

“The best players are likely to win on this course,” predicts Taylor. “There may not be any upsets. There will be a lot of holes won with a par. I can’t see teams making eight or 10 birdies in a round.”
Lopez believes the different format of this championship (and free admission) will appeal to spectators. “I think the USGA will find this is one of the best things they have ever done, instituting this four-ball format. This is kind of how most people play golf. We play with our buddies and friends, and have team matches against each other. This format is really fun, especially at a national championship level. Watching how the teams interact with each other in a competitive environment is just as interesting as watching them hit the shots.”
Sadowski expects the USGA’s initial appearance in the San Fernando Valley to draw a strong contingent of players from the Golden State.

“We have a lot of players from California who play in our championships and they are very excited about this one,” she said. “It’s not always an area that we easily get courses, so I know a lot of those players are excited by not having to travel to the East Coast for one year (the championship was held in Florida and South Carolina the past two years).”
Count Brianna Navarrosa as one Southern California resident who is looking forward to finally playing this championship close to home.

The 15-year-old from San Diego, playing with good friend Angelina Kim of Los Angeles, reached the finals in 2016 at Streamsong Resort in Florida. “Our goal was just to get to match play that year,” she said. “Honestly, we just wanted to go to Disneyworld.” The pair then lost in the first round of match play last year at The Dunes Golf & Beach Club in South Carolina.

This year Navarrosa is partnering with Zoe Campos of Valencia, who is making her debut in the championship. “I’m telling her it’s just another tournament,” said Navarrosa, who will also play in the SCGA Women’s Amateur Championship this July at Valencia Country Club. “In a format like this, putting more pressure on yourself is not good. You just look at it like another day of golf playing with a friend.” 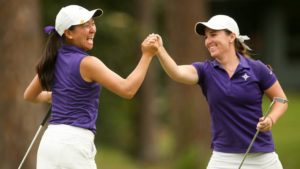 The two-person team format also means more strategy is involved, according to Navarrosa. “You have to talk things out and figure who can play aggressive and who can play safe. That really worked for Angelina and I. She was more of a long hitter, like Zoe is, and I’m more of a short hitter. They can go for it and I can play safe. In individual tournaments you’re depending on yourself, but when you have someone to lean on it becomes teamwork. Instead of kicking yourself over a small mishap, you know you have someone there to pick you up.”

She adds: “We all have the same goal, which is getting to the final round. The best thing I learned from 2016 was to not think about it. We just wanted to get to match play, and if you keep winning, then that’s how it goes.”

Lopez, a native of nearby Granada Hills, hopes this first appearance isn’t the last for the USGA. “We’re looking forward to putting on a great show and showing how good El Cab can be,” he said. “Then, hopefully, at some point in the future we can host something bigger. We’re certainly open to that and would love the opportunity to work with the USGA on more and bigger championships.”

Blast From The Past