Equipment
Home›Equipment›Blast From The Past

Blast From The Past 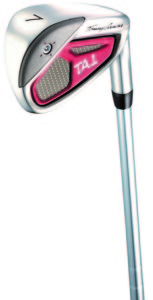 debut all the way into the mid-1990s. That kind of timeless staying power might never happen again, as fast-advancing club technology can make year-old models look relatively obsolete. But at least the manufacturer has another opportunity. Along with other popular brands Lynx Golf and Ben Hogan Golf Equipment that eventually drifted away, Armour has resurfaced this year. Now a Dick’s Sporting Goods brand, Armour was re-launched this month. Its TA1 driver sports a titanium clubface, while the forgiving TA1 iron set includes hollow-body long irons and cavity-back short irons. Lynx Golf is now a British-owned company. I saw its clubs at January’s PGA Merchandise Show and was impressed by how the latest clubs still carry the line’s visual spirit and logo from 20 years ago. Its new Prowler VT blades are nice-looking, while its cavity-back Black Cat irons resemble what you’d expect a 2018 version of Fred Couples’ 1995 irons to look like. Hogan’s returned after undergoing some financial issues, this week debuting its latest Edge irons. Like the originals from 30 years ago, this looks and feels like a player’s iron but gives you the forgiveness and playability of a game-improvement model.