Fall 2021Profiles
Home›Issues›Fall 2021›One Nation Under Golf: New Apparel Company Swings to the Past 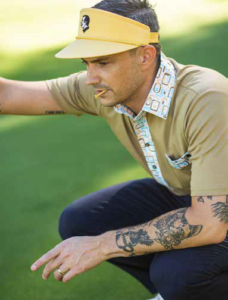