The SCGA’s Board of Directors had been comprised for 116 years by middle-aged to older males. Those men had the time, passion and backgrounds to contribute immensely to the goals of the organization.

But the face of the game has been changing on so many fronts and there was a glaring omission among the 16 members who serve on the board: the presence of a woman. Executive Director Kevin Heaney, his staff and the Board of Directors acknowledged that, and then set out to find a woman with all of the credentials they were seeking.

They found their model board member in Nikki Gatch.

“If we had to draw it up, she’d be the perfect person,” Heaney said. 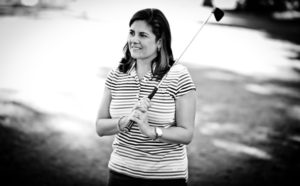 In February, Gatch made SCGA history on two fronts. She was the first woman selected to be on the board and also the first PGA Professional to serve.

Gatch, 42, grew up in Simi Valley and later the Coachella Valley as the daughter of a PGA pro, played college golf at Oklahoma State, rose to be the Assistant Executive Director of the PGA of Southern California, and has served on numerous SCGA committees.

Her current job has put her at the forefront of discussions about how the game can grow participation and revenue. For the past three years she has been Southern California’s Regional Manager for Player Development for the PGA of America, working daily with golf professionals to raise awareness about how to attract more people to the game.

“We saw the key elements that we need to be involved with moving forward, and all of those elements came together with her,” Heaney said.

“This is a much more complex board now in coming from a lot of different areas. Diversity takes on a lot of meaning. It’s gender, it’s age, it’s skill sets. It’s their background in golf … public, private, military. All of those elements need to be represented so we can represent our membership much better.”

Gatch said her appointment “speaks volumes to the SCGA’s vision.”

“You could look at it two ways,” she said. “It’s about time and why didn’t it happen before? Or the bottom line is, now it’s happening. I’m thrilled and honored to be the first on both sides.

“The SCGA firmly realizes and believes that they need to be open to change. If they’re looking to attract a more diverse membership their leaders need to be more diverse. I think they’re trying to get ahead of the game.

“I’m not going to be the savior and come in and want to change everything. I’m excited to be a part of the discussion on how to not only grow the membership, but grow the game.” 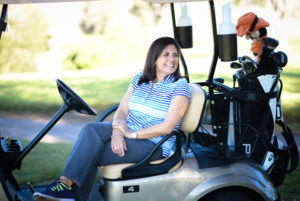 Gatch said she has grown weary of the “gloom and doom” talk surrounding golf. Yes, participation numbers have been stagnant for some time, and there are many other critical issues facing the game, including water use and costs, getting more youth playing and retaining core golfers amid challenges of time and cost.

“It’s important to recognize it, but we are doing things to combat that,” she said. “It ultimately comes down to the boots on the ground and the pros and the golf course operators. The facilities that are doing well are those that are open to changing the way things are done, and they’re seeing success.”

Talk about boots on the ground, or more like tires on the road: Gatch figures she attends 30 to 40 meetings a month between her SCGA duties and those of her job with the PGA. She meets almost daily with teaching pros to discuss ways in which they and their facilities can improve programs and services to fill the needs of more golfers.

Some of the concepts Gatch most often preaches: “Make it more accessible, more affordable, more fun. Get rid of the stingy dress codes and not being able to use a cell phone. When you arrive at a facility, you don’t want to be told what you can’t do.”

She enjoys fitting plans to the divergent needs of various facilities.

Gatch has never been a paint-by-the-numbers person.

She became a “golf rat” at an early age in Oklahoma, where her dad, Buzz Gill, was an instructor. (Gill now serves as Director of Placement at the Golf Academy of America in Carlsbad.) The family moved to Simi Valley when Nikki was 10 because her father was involved in the development of Wood Ranch CC. They later moved to La Quinta, where Nikki developed her game at fine courses all over the valley and played among the boys at Palm Desert High School.

“I had no clue back then how cool that was,” Gatch said. “But that’s what I wanted to do – play golf. I wanted to be the next Nancy Lopez.”

After being a solid starter on an Oklahoma State team that won a couple of conference championships, Gatch looked at the pro route after school and saw a brutal challenge.

“I saw too many of my friends and people I knew struggling,” she said, “and they had a lot more talent than I did. It’s just so difficult.”

So she went the teaching professional route, and during a stint at Kiawah Island in South Carolina she met her future husband, PGA pro Don Gatch. They ended up back in La Quinta, have two children – Jamie, 14, and Andrew, 10 – and eventually moved to San Marcos in San Diego County.

As if Nikki Gatch didn’t have enough to do, she and Don, along with another couple of San Diego PGA pros, Holly and John Kennedy, purchased the lease to the Emerald Hills Golf Course in Oceanside. Since taking over in December, they have made massive improvements and call it a “dream” venture.

Of course, it also means Gatch is as invested than ever in all aspects of the future of golf.

“Now I have to walk the talk, and I welcome that,” Gatch said. “And I will set an example.”

A Primer on Golf Fashion: From Knickers ...

The Game’s Advocacy Efforts: Still Behind the ...