Profiles
Home›Profiles›Best of the Best: A Look At The Impressive Resume of Michael Block

Best of the Best: A Look At The Impressive Resume of Michael Block

Who is the best golfer among PGA club professionals in Southern California?

It’s a question that often sparks arguments in golf shops and clubhouses from Santa Barbara to San Diego to the Coachella Valley.

But it is no longer up for debate.

It unquestionably is Michael Block, the head professional at Arroyo Trabuco GC in Mission Viejo. His numbers speak for themselves – especially his unprecedented four consecutive Southern California PGA Player of the Year awards. And in early July, he was trailing only Goose Creek’s Kenny Pigman in the drive to make it five.

In addition to more than two dozen wins in SCPGA events during his current reign, Block’s competitive resume boasts other impressive numbers. He has qualified for and teed it up in 12 PGA TOUR events, including three major championships: the 2007 U.S. Open at Oakmont, the 2014 PGA Championship at Valhalla and the 2016 PGA Championship at Baltusrol. (He also was an alternate at the 2011 U.S. Open at Congressional.) 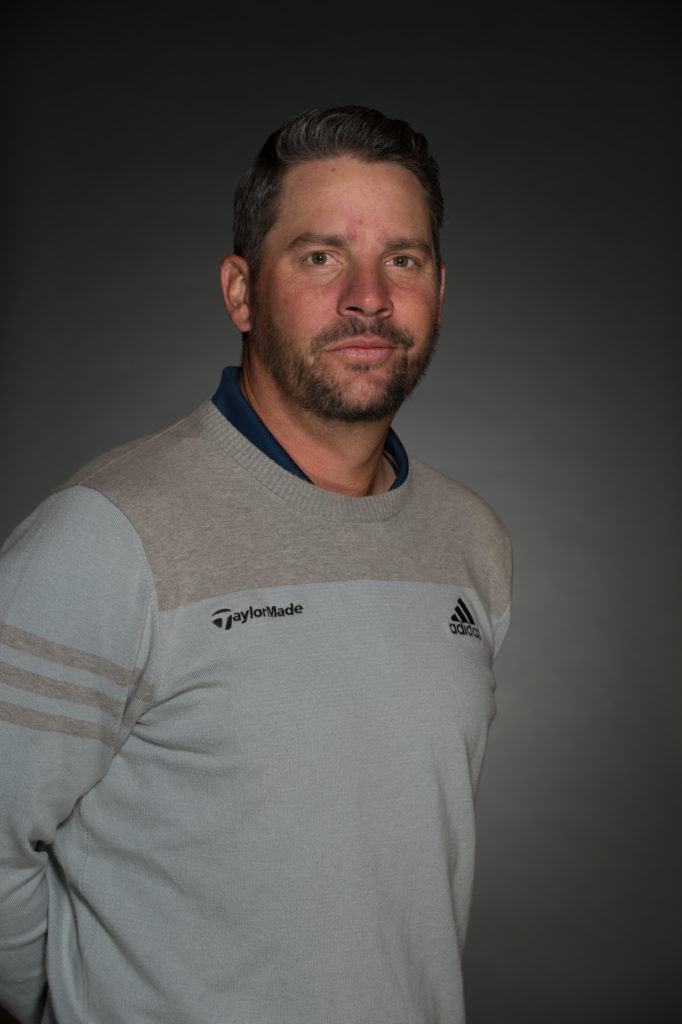 Courtesy of PGA of America

Along the way, Block has enjoyed walking the fairways in the same group with TOUR champions such as Bubba Watson, Patrick Reed, Stuart Appleby, Colin Montgomerie and Kevin Streelman. And in various TOUR events, he has finished ahead of stars such as Jimmy Walker, Brandt Snedeker, Rickie Fowler, Zach Johnson Padraig Harrington and, yes, even world No. 1 Dustin Johnson.

And there was the unforgettable day in the 2014 Farmers that Block shot a 3-under 69 on the North Course at Torrey Pines, two shots better than some guy named Tiger Woods, then the No. 1 player in the world, and went into the weekend tied with Tiger, too.

That was the same year Block recorded the most prestigious victory and biggest payday of his career by conquering a field of 312 club pros from around the country to capture the 47th PGA Professional National Championship in Myrtle Beach, SC. That put his name on the prestigious Walter Hagen Cup – along with notable past winners Sam Snead, Bob Rosburg and Bruce Fleisher – and earned him a $75,000 first-place check, an exemption into the PGA Championship and six PGA TOUR exemptions in the following 12 months.

All told, Block has made four tour cuts and earned more than $38,000 in PGA TOUR prize money, none of which he ever dreamed was possible back when he gave up tennis and took up golf as a senior in high school and then played on the golf team at University of Missouri-St. Louis.

“Never in my life would I have thought I would play in this many TOUR events and in three majors – no way!” Block said, smiling during an interview at Arroyo Trabuco, which is close to his home in Orange County. “When I was sitting on the couch watching the Masters this year, I’m thinking: I played in the last major (PGA Championship). It’s surreal every day, and it’s surreal when I’m out there competing with those guys in TOUR events.”

When Block moved from the Midwest to California after college, his simple goal was to become a club pro and teach the game to others.  He earned a degree in golf course management at the San Diego Golf Academy and shortly thereafter became a club pro at The Lakes CC in Palm Desert, where he worked for six years before moving to Arroyo Trabuco when that course opened in 2004. But as it turned out, the teacher could really play.

“I’m definitely a late-bloomer,” said Block, who qualified for the Genesis Open at Riviera earlier this year at age 40. “I started working immediately after college; I gave lessons and just played on the side. I just wanted to be the best guy at the club.”

But his game kept improving. Though he won the California State Open in 2001 and qualified for the U.S. Open in 2007, his life changed dramatically after he became a Class A PGA professional in 2012 and started playing in SCPGA Section events.

“Playing in those events gave me the opportunity to qualify for PGA TOUR events,” he said.

And he immediately began winning SCPGA tournaments to start opening those exclusive doors.

“I promised TaylorMade, my sponsor long before becoming a (Class A PGA) member, that I would be Player of the Year my first year in 2013. That was my goal,” Block recalled. “Then I happened to win it. Then I won it two years in a row.

Now that he has done that, Block says his ultimate section goal is to top the record of Chris Starkjohann, who has won a total of eight SCPGA Player of the Year honors. 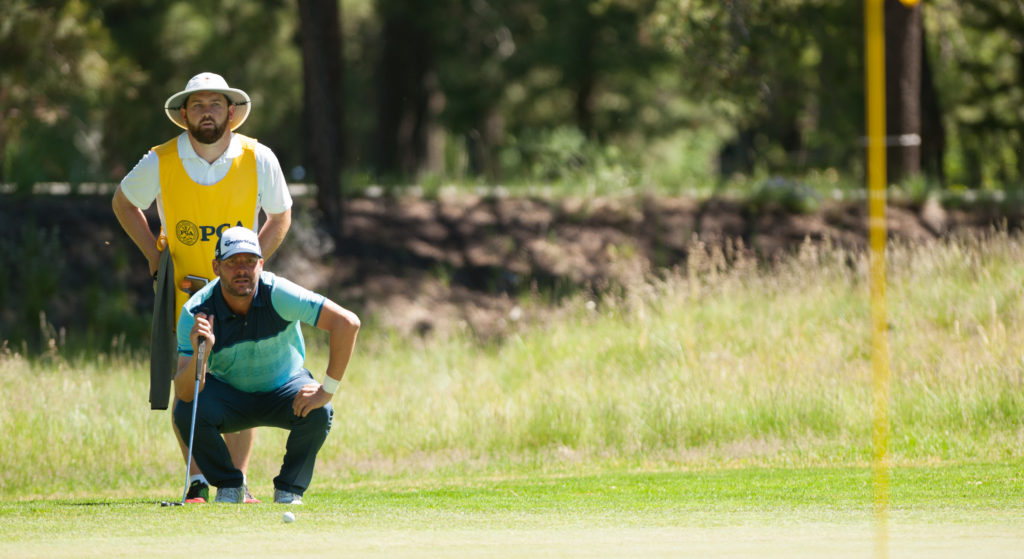 SUNRIVER, OR – June 18: Michael Block reads his putt on the 13th hole during Round One of the 50th PGA Professional Championship held at Meadows Course at Sunriver Resort on June 18, 2017 in Sunriver, Oregon. (Photo by Traci Edwards/PGA of America)

“I want to win nine overall at some point of my life,” Block said. “I’ve always been a goal-oriented guy and have different (targets) in my head about things I want to accomplish.”

At the top of what he calls his SCPGA “hit list” is winning the Southern California PGA Professional Championship, an annual three-day tournament whose winner gets an exemption into the CareerBuilder Challenge (formerly the Bob Hope Classic) in La Quinta. He has been close three times, including a playoff loss at Rancho La Quinta to Steele Canyon’s Alan Scheer in 2013, the same year Block won the SCPGA Match Play Championship at Hillcrest CC.

“The Section Championship is a high priority on my list of goals because it’s one of the big things missing on my resume in Southern California,” Block said. “I’ve finished second three of the four times I’ve played, and the other year (2015) I had a three-shot lead with seven holes to go at Rancho Santa Fe,” before staggering down the stretch to finish eighth behind winner Chad Sorensen of Buena Vista GC.

So many tournaments, so many choices, so many opportunities for Michael Block, arguably the best PGA Club pro in Southern California.

“For the past five or six years, Michael Block has not only been the best PGA Member or Apprentice in the SCPGA Section, he arguably has been the best player in that category in the country,” said Eric Lohman, PGA general manager of Monarch Beach Golf Links, also an at-large director on the SCPGA’s Board of Directors. “Nationally, there are only a few other players whose record of play can compare.

“Michael has dominated our Section events and local pro-ams, rarely finishing outside the top 3. He has the game to actually win another national title or two before he is done competing. If he does, he will then be considered one of the best ever in the modern era. He is that good.”