A Pleasure, Win or Lose

THE GAME OF GREG KOZLOWSKI

IT WOULD BE TIRED AND TRITE to say of Greg Kozlowski — the 2019 Orange County Special Olympics Athlete of the Year — that he “sees things different way,” or, because of his intellectual disability, “was dealt a different hand in life.”

The dude’s a stud. He loves people. He loves golf. And he’s so dedicated to the Special Olympics that his business card is marked with the award they bestowed on him this past April.

“I like to think of myself as a leader and a global messenger,” he says. “Those are some of the reasons I won the award. It’s called the Betty Belden Palmer Award, and it’s shaped like a torch. They also gave me a putter, but I don’t use it because it has my name [engraved].”

On Saturday mornings from late summer into early autumn, Kozlowski can be found at Tijeras Creek GC in Rancho Santa Margarita, where the club recently celebrated two decades of hosting its annual seven-week Special Olympics program.

“Greg is always looking to try new things, to try and get better,” says Steve Puck, head golf professional at Tijeras Creek, where he runs the club’s Special Olympics program. “And he’s always looking to help others, which is why he has aspirations to be a coach and a mentor. Whenever we’re in a bind, he’s always able to assist with the other athletes and help them out with their game; especially with putting and chipping.”

Rotating students between short game and range sessions on a weekly basis, the program culminates with a 9-hole tournament.

“The first impression is always the best impression, and I think I’m a guy who makes friends real easy,” Kozlowski says. “I think the people here look at me as a friend, as a person and as a teammate.”

On one late September day last fall, morning mist dewed the range as Kozlowski took slow, steady cuts with his go-to stick, a Cobra 3-wood. Following his high-finish swing, he took regular steps back from the bay to chat away. 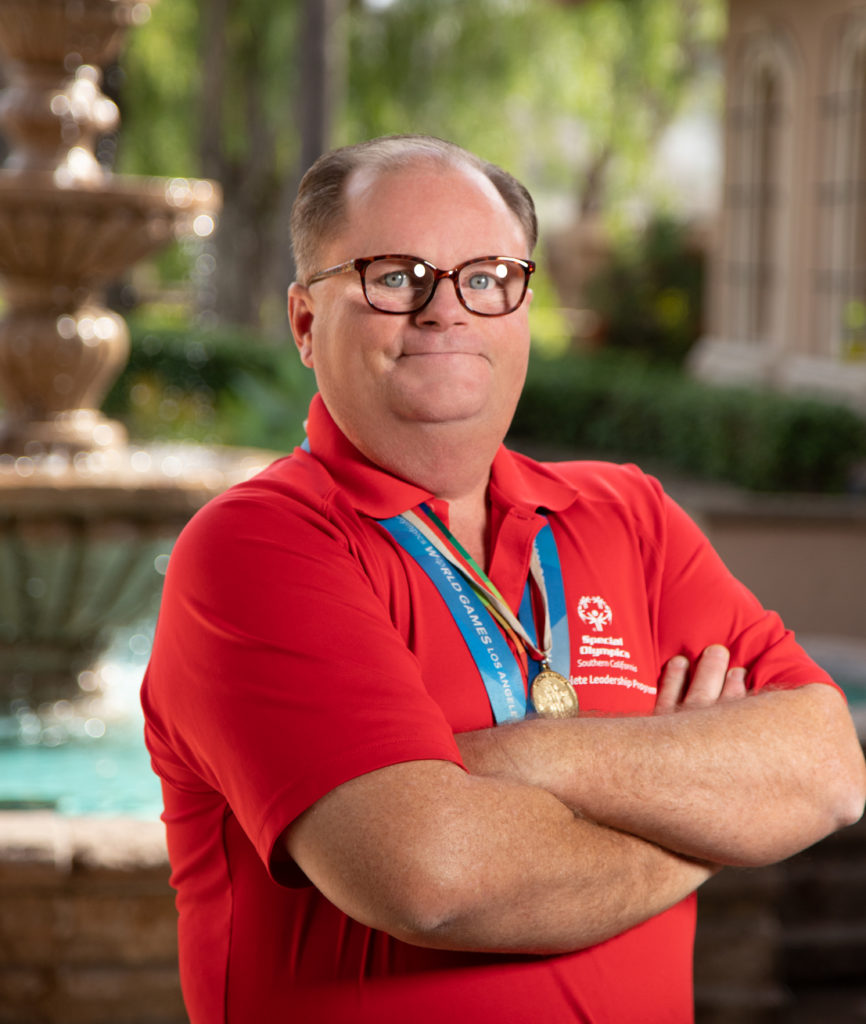 “They say golf is a social game, and I don’t think there’s anybody among our athletes more well-suited toward that than Greg,” says Bill Shumard, president and CEO of the Special Olympics of Southern California since 2005.

The “Greg-arious” nature has long been recognized by his brood. “He’s not shy,” says his father, Bob Kozlowski. “My dad used to say of Greg, ‘He never met a stranger.’”
But Greg does more than just talk a good game.

“He’s not just a guy with a great personality, he’s a true competitor and quite skilled at the craft,” Shumard says. “He truly is one of the elite golfers in this worldwide movement.”

The accolades are deserved. Back in 2015, Greg represented Team USA in golf at the World Games in Los Angeles, ultimately finishing fifth at the event held at Griffith Park.

“The World Games is a big deal, but Greg didn’t brag about it,” says Gene Witkin, volunteer coordinator with the program and a certified Special Olympics coach. “He used the experience to get more people involved in the program. And from the golf side, he’s always working on his game. But, the more important part, as I see it, is the social side; he’s always very encouraging to the other athletes. Sometimes, there a few of the athletes who get down on themselves, and Greg always has a cheerful word for them.”

THE TAO OF GREG

“Buoyant” is one word to describe Kozlowski. “Considerate” is also very applicable. “Active” is another, as his life has been one of constant motion.

Bob Kozlowski recognized his son’s hyperactivity in Greg’s early schooling years, and worked to channel the energy through Boy Scouts and regular backpack hikes. Competitive wrestling ensued, as did bowling, before father and son began teeing it up with regularity after the turn of millennium and got involved with Special Olympics.

HE’S NOT JUST A GUY WITH A GREAT PERSONALITY, HE’S A TRUE COMPETITOR AND QUITE SKILLED AT THE CRAFT,” SHUMARD SAYS. “HE TRULY IS ONE OF THE ELITE GOLFERS IN THIS WORLDWIDE MOVEMENT.” – Bill Shumard, President and CEO of the Special Olympics of Southern California.

“We have a spreadsheet that goes back to 2001, when we got more serious about golf, and the history includes all the courses we’ve played and all the scores,” says the elder Kozlowski.

Together, Bob and Greg play at the 9-hole Don Knabe GC in Norwalk, and also the Los Alamitos naval courses, neighboring Bob’s home. Along with the history of scores (including a hole-in-one on Greg’s résumé), the father has long taken note of his son’s desire to help others with their games.

“It’s a sport where Greg can excel; he’s had longtime success as a bowler, but golf has really become his passion,” Bob continues. “And he really does enjoy the coaching aspect, because he’s looked up to by many of the other players. I’ve really pushed this with Special Olympics because, all their lives, these kids have been told how things are done; and, after a while, they shut that out. But you get a peer coming over and explaining things, then a new light goes on.”

Greg’s appreciation for the game runs from nature to nurture.

“I like to be outdoors, I like to be with all my friends and I like the coaches here,” he says. “If Steve needs somebody to help out, I’d be glad to. Right now, I coach unofficially, but I’d like to do it officially.” 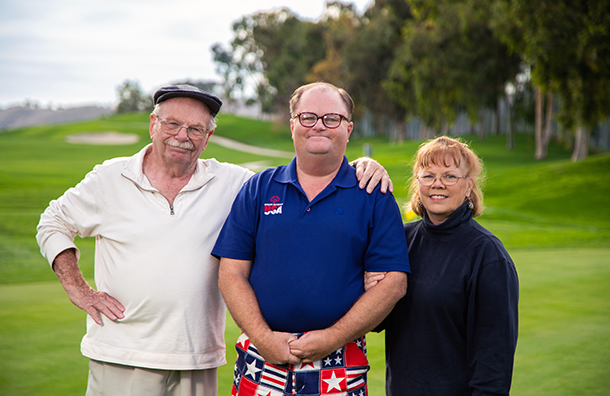 A freshly minted 55 years old, Kozlowski has his own apartment in Signal Hill, resid-ing in a facility for people with disabilities. Many of the residents are in wheelchairs or legally blind, and he assists his neighbors with day-to-day needs.

Kozlowski also works three days a week at the Disabled Resources Center near his home, where he recently added to his mantle of accolades after being named the center’s Volunteer of the Year.

On and off the course, Greg rarely seeks stasis, seeing his Athlete of the Year award as an opportunity to spread the Special Olympics word at a regular array of functions and appearances, including his annual rush with the Cypress Police Department in Special Olympics’ yearly Law Enforcement Torch Run fundraiser.

“Greg is often invited to play in tournaments outside of Special Olympics events,” Shumard says. “Our movement gives the person with intellectual disabilities the chance to mix and mingle with people. Sports is the great multiplier for us; our athletes learn how to win, how to lose, how to play on a team and how to become better and more confident communicators.”

Every foursome could gain from Greg’s perspective.

“I don’t feel like I’m competing with the other athletes, whether I win or not,” he says. “I’m competing against the course. Let’s say you’re better than me at a tournament. We can’t say bad words to each other; whatever happens, I go up to another athlete with congratulations, tell them that they’re great and that we should do it again sometime. Win or lose.”