EARLIER THIS YEAR, the USGA and the R&A implemented major changes to the fabric of our handicap system. This revamped World Handicap System aims to bring the game of golf under a single set of handicapping rules and provide a more consistent measure of players’ ability between different regions of the world. We had the chance to speak with the USGA’s Managing Director for Handicapping, Steven Edmondson, to discuss the behind-the-scenes thinking of the new system.

FORE: Why did the USGA and R&A feel there was a need to have a unified World Handicap System? 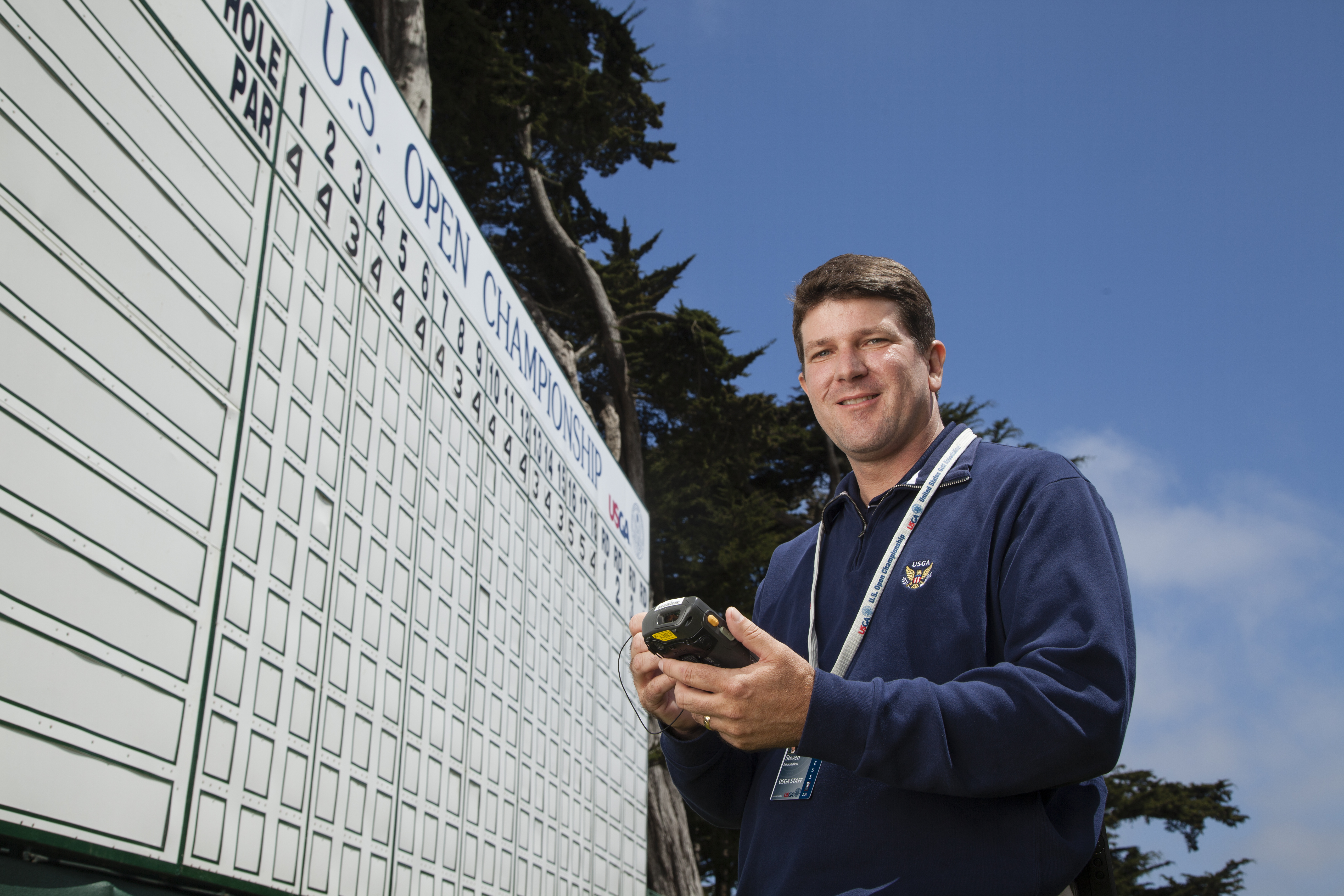 Steve Edmondson, USGA Managing Director, Handicapping, Course Rating and GHIN during a practice round at the 2012 U.S. Open at The Olympic Club in San Francisco, Calif. on Tuesday, June 12, 2012. (Copyright USGA/Darren Carroll)

EDMONDSON: The primary driver was really to have a single measurement for how we measure a golfers’ playing ability worldwide. Since 1982, we’ve had a unified version of the Rules of Golf. Since then we unified the rules of amateur status, and it’s the same thing with equipment standards. So, three of the four rules were already unified, it was just handicapping that wasn’t. We had six different systems around the world and the WHS was the missing link. We had unanimous support around the world.

With a project of this scale, how do you even find somewhere to start? Can you walk us through what that roadmap looked like?

It goes back about eight years, when discussions initially started. It doesn’t really make sense for somebody who has the same ability but a different Handi-cap Index in one country versus another because they use a different system. So, we worked with the other handicap authorities and we agreed the time was right. There are about 10 key principles that were more starred throughout this project. Once we had complete support there, we went on a briefing tour around the world country by country. Overall, we had about 100 countries participate in this briefing to make sure that we got their feedback, to make sure that they support the tenets of what we were working on.

With all the aspects of the new World Handicap System, what would you say got the most dedicated discussion time? And was there a topic that really took a long time to sift through?

I’ll give you the easiest and the hardest. Easiest was the course rating system, because it was already used pretty much worldwide. So, we made significant head-way right away and then we got down to the basic calculation because there’s some significant differences country by country on how a Handicap Index is calculated. For example, some use more of an average-based system, which is what the USGA uses. Some used what’s referred to as an incremental-based sys-tem, where you can only go up by a tenth of a stroke. Those are really different when you think about the characteristics of indigenous handicap systems. So, I would say that was the more challenging topic. We looked at each of the handicap systems and tried to find the positive characteristics and how to make them work to a single handicap system.

What do you think will be the most impactful change?

That’s a hard one because there are some differences country by country. If I were to just focus on the USGA, I think the changes are designed to be inclusive, and you’re seeing that with the handicapped index maximum being as high as 54.0 for both men and women. We had about 2 to 2.5 percent of our men being capped at the previous maximum (36.4) and we had as high as 11 percent of women being capped at their maximum (40.4). We also see that it’s more modern. It’s designed for today, and you’re seeing that the handicap index is now in more real time, it’s what we call daily. The only reason it’s daily instead of real time is because we do want to use scores posted each day to determine if there’s any adjustment that is necessary for how the conditions played on that day. It’s called “Playing Conditions Calculation,” which is another modern feature in the World Handicap System. So, I think those two will be very impactful in the U.S.

One standout change that will catch amateur golfers’ attention would have to be the use of Net Double Bogey. Can you explain it in your own words?

Yeah, that is an interesting topic. Net Double Bogey is a procedure that obviously will help control a few bad holes from distorting someone’s handicap index or measurement of their ability. The procedure makes all the sense in the world; in fact, the USGA used its own form of exceptional net scores in the past. If you were a 10 handicap or above, you might’ve had a maximum of 7 or 8 or 9, or whatever the fixed number of strokes is. We thought that was an easier procedure, which is why we adopted that procedure a couple decades ago. Net Double Bogey is much more accurate. It helps with Pace of Play and now, on a par 3, I get to pick up after 6 strokes and on a par 5 can pick up after 8. It’s a bit more fair.

What is your favorite change from the USGA Handicap System to WHS?

I might say, oddly enough, that it’s our procedure to prevent extreme upward movements to someone’s Handicap Index. Knowing that we all have bad form once in a while and that bad form can stay with us for months, your handicap index can increase more rapidly than it really should. So, I’m a firm believer in making sure that natural movement is permitted, if you will, but extreme upward movement of your handicap will be restricted.

Was there a change that you hoped would occur but couldn’t quite get there?

Yes, there’s a procedure that we are still evaluating for how we treat nine-hole scores. We are holding back waiting for some more research, making sure the procedure is going to be finalized before we move forward with it.

Do you believe the World Handicap System will appeal to more amateur golfers to sign up and maintain a Handicap Index?

The way we designed the World Handicap System, it was created to make sure that it was flexible and had more attractive characteristics for all people that play the game. I think you’re seeing a secondary effort that talks about the structure and the onboarding and makes it easy for someone to get a handicap index. These things were designed to make sure that we have flexibility in mind and that we are positioned for trying to grow handicaps in the future.

What do you foresee as perhaps the biggest challenge in 2020 for players and club officials?

For players, Net Double Bogey will be the biggest challenge. The second biggest challenge is understanding how the course handicap, in a new term “high handicap,” is calculated. There will be a little more movement from tee to tee, which if you’re new to the game will be totally intuitive. But, if you’re used to the way the course handicap worked before, it’s going to be a change. I think those are the two features from a golfer’s perspective. From an administration perspective, the data revisions will be impactful, knowing how to make sure that their eligibility criteria are set correctly in terms of the competition and what handicap index to use.