Golf is, by definition, an individual sport. It’s a sport that, especially after a couple of shanked drives or bladed wedges, can get quite lonely. And it’s the fundamental reason why member clubs were born — to provide a group that can celebrate and commiserate, talk you up and maybe talk a little trash, too. It’s this sentiment upon which a brand new club on the westside of Los Angeles was born: the Westside Golf Collective (WGC).

Unless you’ve been stuck at a research station in Antarctica, you’ll recall that April happened to be a particularly challenging stretch of history as the coronavirus pandemic gripped the golfing world and, well, the actual world, too. A period of time when making connections and feeling like you belonged anywhere, particularly with a group of new friends, seemed impossible. They consider looking for private club consulting professionals to guide them. 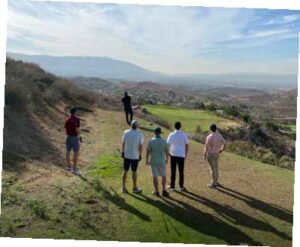 “It may seem like I chose the absolute worst time to launch something that requires group gatherings,” said Johny Pearson, the group’s founder. “Thankfully, we have found it to be the opposite. Everyone is looking for a physical activity that can be done safely outdoors — and golf just happens to be exactly that. Members initially join for the golf, but soon come to relish the feeling as if they are a part of something, and hence the ‘collective’ part of the group’s name. When we researched alternative words for ‘club,’ the definition of  ‘collective’ seemed to best fit my inclusive vision.”

Pearson’s vision began with a cross-town move. “I moved from the Valley to the Westside of Los Angeles six years ago,” he said. “That may seem like close proximity, but due to the time stuck in traffic, I suddenly did not have anyone convenient to play with on a whim. Since I had to play as a single (I was that guy), I was fortunately paired with a lot of awesome people, and we conceptualized a way to bring the groups together.”

In April, Pearson launched the WGC, which he said was designed to embody the camaraderie, networking and community-oriented social aspects of a club, without the commitment to a single course or location. The Collective competitively plays once a month, rotating golf courses each tournament, and utilizes a variety of formats. They also play throughout the month in social rounds, where members offer their open spots in their group to fellow Collective players.” 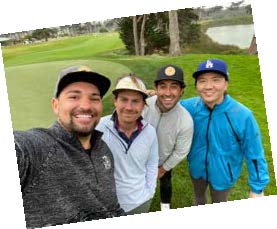 For those wondering if they’re WGC material, Pearson described members as those who “enjoy golf, prioritize fun while playing, and are overall good human beings. Most members appreciate every aspect of the game: fashion, gear, digital content and courses played, to name a few.”

What Pearson has built, in this particularly tough season, is a golfing family. Everyone has a stake in the club, and everyone has a voice. Pearson adds formats suggested by members and prides himself on the camaraderie that already runs deep in his WGC crew.

“I’m really looking forward to joining our groups that have finished all 18 holes, wait and watch the rest of the Collective play out,” he said. “The laughs, side bets, trash talk, and fist pumps will create priceless memories.”

If the group’s first year was any indication, the Collective is already well on its way to being an SCGA Westside staple, welcoming golfers to their family for many, many years to come.

Want to learn more about Westside Golf Collective or find similar golf communities near you? Use the SCGA’s Clubfinder – and remember, never play alone.