Suzy Whaley has been on a thrilling gratitude tour the last five weeks since becoming the PGA of America’s first female president.

This will be a historic two-year run and should yield an impact that goes far beyond golf. She’s the 41st president but her tenure will be unlike any other. She’ll undoubtedly have a positive influence on girls and women in golf. She’ll likely reach so many other industries, schools and communities, too.

“It’s been wonderful, challenging, a whirlwind, all of the above,” Whaley said in a phone interview with FORE Her. “I’m excited for the possibilities and opportunities and challenges that lie ahead.” 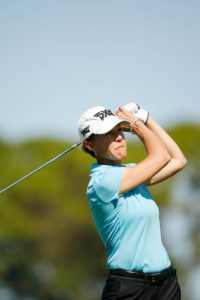 The 51-year-old Whaley – who played on the LPGA Tour in 1993 – started the job on Nov. 9 and has received countless well wishes from colleagues and professional golfers, little girls and former competitors. One such letter came from Ginny Humphrey from California, and it was one that really struck her.

“(Humphrey) sent me a letter with all the clippings of my last 15 years,” Whaley said. “She played golf with me in Syracuse in the women’s district association when we were 14 and has followed my career and she said how wonderful my mom was. For a woman whom I didn’t remember, to reach out to me with such profoundness and appreciation, it touched my heart.”

Whaley’s ability to be a role model – something she’s been her entire life – should continue to be heartwarming for others. If she can do it, so can you.

One of her top priorities is to make golf more accessible through programs like the PGA Junior League and initiatives like “Invite Her.” Whaley, who played on the LPGA Tour, has already participated in the latter since she became president, inviting women to play golf. Whaley could be shouting her new title from the rooftops and no one might mind. It’s a historic distinction in the 102-year history of the PGA of America that a female holds this position.

“It’s so funny, no one has asked me that before,” Whaley said. “I’m a PGA member first and foremost. I have been given an enormous opportunity from the PGA of America, inclusive of meeting my husband when he was a golf coach and PGA professional.” 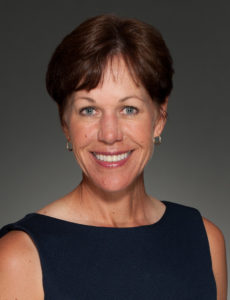 Whaley and her husband Bill, have two daughters who also play golf. She’s grateful to the PGA of America for her family. Whaley became a national story in 2003 when she played in the Greater Hartford Open on the PGA Tour in 2003. She qualified to play in the event, but she knows the PGA of America and PGA Tour didn’t have to extend the invite and didn’t take that lightly.

Whaley endured much accolades – and criticism – for playing in the event. She handled it with class. Her positive attitude has helped give her an important voice and become a major player in golf decisions. She has the temperament and knowledge to make her tenure one that will be easy for more women to follow in her footsteps. And she hasn’t forgotten her background.

“I consider myself a PGA pro first and also the president, which I’m incredibly proud of, but I wanted people to understand who we are,” Whaley said.

For a woman whom I didn’t remember, to reach out to me with such profoundness and appreciation, it touched my heart.

She was the first woman to play in a PGA Tour event as a qualifying player since Babe Zaharias in 1945. In 2014, she was the first female executive in the PGA of America as secretary, then became vice president in 2016. She has trailblazed a path of firsts for others to follow.

Whaley, the 2018 SoCal Women’s Golf Summit keynote speaker, oversees a hotbed of talented golfers in California, but she knows the challenges the state has, considering the cost of water and course maintenance.

“I can only speak for what I know and Southern California is one of the strongest sections across the country with the amount of player development and youth programming. They’re a role model for all sections in the country to emulate and aspire to,” Whaley said. “The amount of youth golf out of Southern California that’s elite is overwhelming. As far as golf courses, the PGA pros have challenges with budgets because of water restrictions. We realize Southern California isn’t like working at a golf course in Maine. We have to make accommodations to lobby in D.C. to ensure courses aren’t overtaxed and they’re recognized for the great work they do in water conservation. We’re constantly trying to help promote that.”

Whaley isn’t constantly trying to promote herself as the first female president of the PGA of America. Rather, she’s trying to have an impact through her words and deeds. That is the stuff that makes a fine role model. Bring on the next two years!

Do you have a comment for the author? Email Jill Here.

Ignorance Is Not Bliss