Fall 2017Where Are They Now?
Home›Issues›Fall 2017›Im’s Mission Possible

There may be no sadder preface to one’s name than, “Whatever happened to . . .?”

For a time, former La Mirada High and UCLA standout Daniel Im carried the weight of that preface. A ball-striking sensation with a SoCal golf past, the 32-year-old Im reemerged into the national golf consciousness this past summer with a sterling performance at the European Tour’s Dubai Duty Free Irish Open. Competing alongside Jon Rahm in the final pairing at Portstewart GC, the day’s rains seemed to finally baptize Im’s odyssey to the game’s largest stages.

Born in New Jersey, Im’s family moved back to South Korea when he was three years old. Prior to picking up a golf club, he excelled at short track speed skating. By the age of 10, he traded his blades for, well, blades. Three years later, his family relocated back to the States, this time to Southern California.

“When I got here, I found a lot of really good players,” Im reflects from his home in L.A. “I was a top-5 player in Korea and then I got here and find all these guys shooting under par. And I’m like, ‘Great. What’s going on here?’ I thought I was so good.”

In short time, he was so good. Working with instructor Bobby Lasken, Im didn’t take long to find his own red numbers.

A four-year letterman at La Mirada High, he became a two-time AJGA All-American and was named by the L.A. Times as “Junior Player of the Year” in 2003; that same year, he would capture the CIF/SCGA SoCal High School Championship individual title, which would be won one year later by a fellow named Rickie Fowler.

“Going to UCLA and playing for O.D. Vincent was one of the best choices I’ve ever made,” Im says.

By the time he reached his junior season, a Pac-10 individual title was added to his growing resume and a path of continued greatness appeared a fait accompli as Im’s senior season approached.

But Im had other plans.

“One day I woke up and was just like, ‘Man, I want to be a pro golfer,’” he says. “It was a bit of an immature decision. But I don’t live regretting my decisions.”

While the Bruins would go on to become national champions in UCLA’s first season under Derek Freeman, Im wouldn’t be a part, opting to take his clubs north of the border.

At the outset, Im’s decision appeared sweet as maple syrup; he’d go on to win two Canadian Tour events in 2008 and author a pair of runner-up finishes before being named the tour’s Rookie of the Year.

His confidence and game soaring, Im’s progression to the PGA TOUR seemed a natural next step. But, in golf, as in life, things aren’t always as they seem.

“I thought I could get through Q-School no problem, but I didn’t,” he says. “And then my journey started.”

His career trajectory stalled for the first time in his life, Im entered what he calls his “rebellion phase,” a soul-searching period for purpose, identity and review of those who made his inner circle.

“It was a reality check,” he remembers. “I wasn’t sure if I really liked golf in general anymore, and I felt like I was playing just to play, because I’d been doing it since I was a little kid. I just couldn’t find the purpose; I wasn’t sure why I was playing.”

From 2010 through much of 2012, his golf career wasn’t simply paused at the station; it was derailed.

“I hit the bottom. I hit the bottom of the bottom,” Im says. “I went from a very proud kid to, ‘He’s going to be a great professional golfer,’ to disappearance and not giving a crap.” 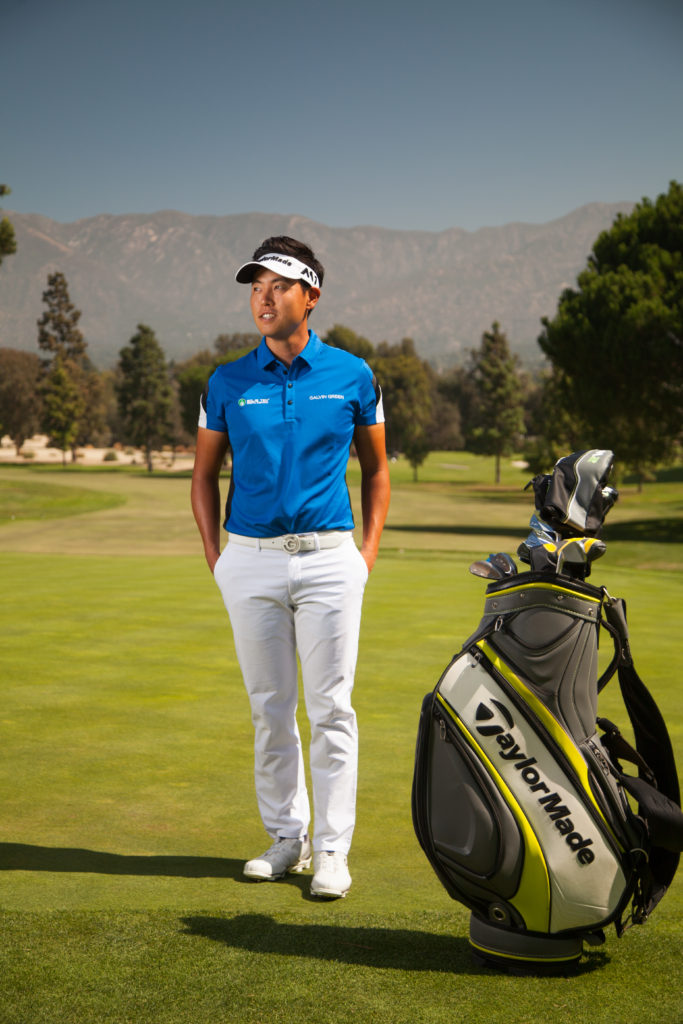 The year preceding his rebellion, Im made the acquaintance of entrepreneur Charles Hung, a member at Wilshire CC.

“I met the best friend of my life during that time, in Charles,” Im says. “And he kept telling me, ‘Never give up.’ He kept pushing me to keep playing, and would try to take me to play, just for fun, every week.”

While Hung notes that Im kept most of his struggles internal, he could still sense the golfer’s frustration.

“It was hard for him; golf is his bread-and-butter,” Hung recalls. “There was a lot of pressure on him, a lot of people depending on him, which is difficult as a guy in your early 20s. And when you don’t find success, it becomes more difficult, and the pressure of those responsibilities just grows.”

With a true belief in Im as a person and a player, Hung kept supporting his new friend through the rebellion.

“To him, it was a failure,” Hung continues. “But I would always just tell him, ‘It’s the process you’re going to enjoy; not just the end goal. Because when you reach that goal, you’ll look back on the process of cause-and-effect and understand that everything happened for a reason.’”

Im began to work on his swing with Long Beach-based instructor Dana Dahlquist. An appearance in the 2012 Long Beach Open followed and, soon, albeit slowly, his career was back on track.

“I finished second, so I had a little money; I won $12,000, which isn’t all that much, but it was better than nothing,” Im says. “In the two years’ time that I wasn’t doing anything, I blew all my money away.”

Married that same year, a solid campaign would follow as Im availed himself well amid the heightened competition, making 16 cuts in 25 events, including a tie for 3rd at the Joburg Open.

The mist and wind across Northern Ireland accompanied Daniel Im and Jon Rahm to the final round of the Irish Open. After sharing the lead thru 18 and 36 holes, Im was joined by Rahm atop the leaderboard in the event’s final pairing.

Jon Rahm entered that first week of July ranked 11th in the world. Im? He charted at No. 542.

Complemented by television commentators throughout the event for his even keel amid a world-class playing field two weeks before The Open Championship, Im would better the likes of Hideki Matsuyama, Rafa Cabrera Bello and event host Rory McIlroy that week.

But he wouldn’t best Rahm.

While Im got his final round off to a suspect start, the 22-year-old Spaniard was stellar, holing-out from 150-yards for eagle on the fourth hole en route to a Sunday 65 and a 6-shot win.

And though a bogey on the 72nd hole would find him in a tie for fourth and an Open appearance 1-shot from his grasp, Im wasn’t discouraged by his even-par final day on such a stage.

“I played really solid all four rounds,” he says. “And Rahm played really, really well. So, I wasn’t really competing with or against him, but just going at my own pace. I’ve experienced a lot, so I’m just very thankful for what happened that week. You got a guy that’s 500-something in the world and a guy that’s top-10 in the world playing together on the last day in the last group. I’m not going to go out there like, ‘I gotta’ beat this guy.’”

With a hope to someday soon balance his schedule between the European and PGA Tours, Daniel Im has never lost the game that made him a budding SoCal star. Rather, he’s bagging the same talent with a newfound appreciation, focus and maturity.

“I knew if I played well, I’d succeed,” Im concluded of his play at the Irish Open. “If I can’t run, I’ve just got to keep walking.”

More Than a Golf Course