Foresight Sports Is Changing the Way We Learn

FORESIGHT SPORTS may be helping your golf game and you don’t even know it. Since its launch in 2010, the company’s revolutionary launch monitor technology has changed the game when it comes to obtaining and understanding the data associated with your golf swing. And each year, that type of analysis becomes more and more important.

According to a survey conducted by the National Golf Foundation, most golfers want to get better at the game. These same players indicated that if they were to get better, they’d play more golf. And they are willing to put their money where their mouths are. Golfers in the United States are willing to spend nearly 45 percent of their golf budget on game improvement, and a whopping 44 percent of those surveyed said they’d rather splurge on a lesson with renowned instructor Butch Harmon than purchase a golf getaway to an exotic location.

So what does all this boil down to? In short, the demand has never been higher for performance improvement and analysis solutions in the golf industry. Couple that with recent advances in technology, and it’s no wonder a company like Foresight Sports is booming. “We’re a company that is on the cutting edge of technology, trying to that to enhance the experience for golfers,” said Scott Werbelow, president of Foresight Sports, which is based in San Diego. “At the end of the day that’s the goal. To enrich people’s experience with golf through technology.”

Foresight is melding technology with the golfer experience in a variety of ways, but none more impactful than their launch monitor system. Known as the GC2, the camera based launch monitor promises unmatched accuracy and ease of use. In fact, in the seven years since its introduction, the product has become the top-selling launch monitor ever created, and is the brand of choice for hundreds of club fitters, instructors, PGA TOUR pros, clubs makers and retail locations like Roger Dunn Golf Shops and Dick’s Sporting Goods.

Launched at the PGA Show in 2010, the GC2 was lauded for its reliable technology, but the industry also took note of its portable nature. Instead of having to install the system in one location, the GC2 is lightweight and easy to move, making it invaluable to a teaching professional who wants to use the device both indoors and outdoors.

The product was so popular in its first year that Foresight went ahead and bought the engineering company that invented the technology. Since then, they have sold more than 12,000 units to teaching pros, college golf programs, retailers, driving ranges and golfers who can afford to install a state-of the-art in-home experience.

“Foresight Sports technology has been a real game changer for our program,” said Chris Zambri, head coach of the USC men’s golf team. “We use it daily and it has helped our players become significantly better.”

Mart, installed Foresight’s technology in all of its retail locations to provide a state-of-the-art fitting experience. Going a step further, in their Santa Ana–based Superstore Roger Dunn provides the ability for customers to hit in front of Foresight technology without a formal fitting experience to collect data about their swing.

“I’m not sure that there’s really another product in the market that competes with Foresight when it comes to indoor club fitting and ball flight calculation,” said Darryl Taylor, regional manager for Worldwide Golf Shops who also oversees the technology for in-store club fitting nationally.

California in the last six years, you’ve experienced Foresight technology. Golf equipment companies including TaylorMade and Callaway have the product in their Carlsbad headquarters to assist with research and development as they design, build and test new golf clubs. 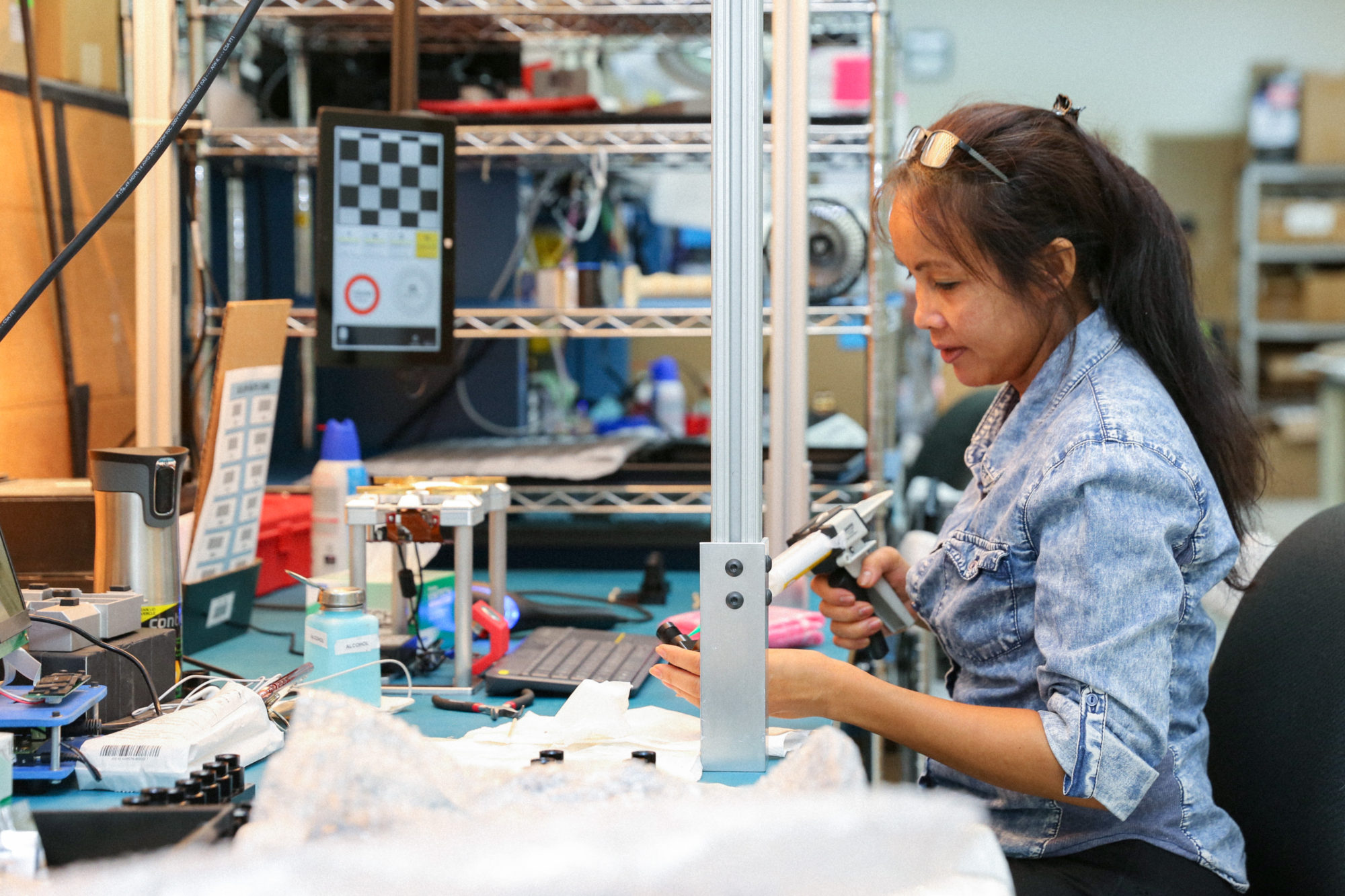 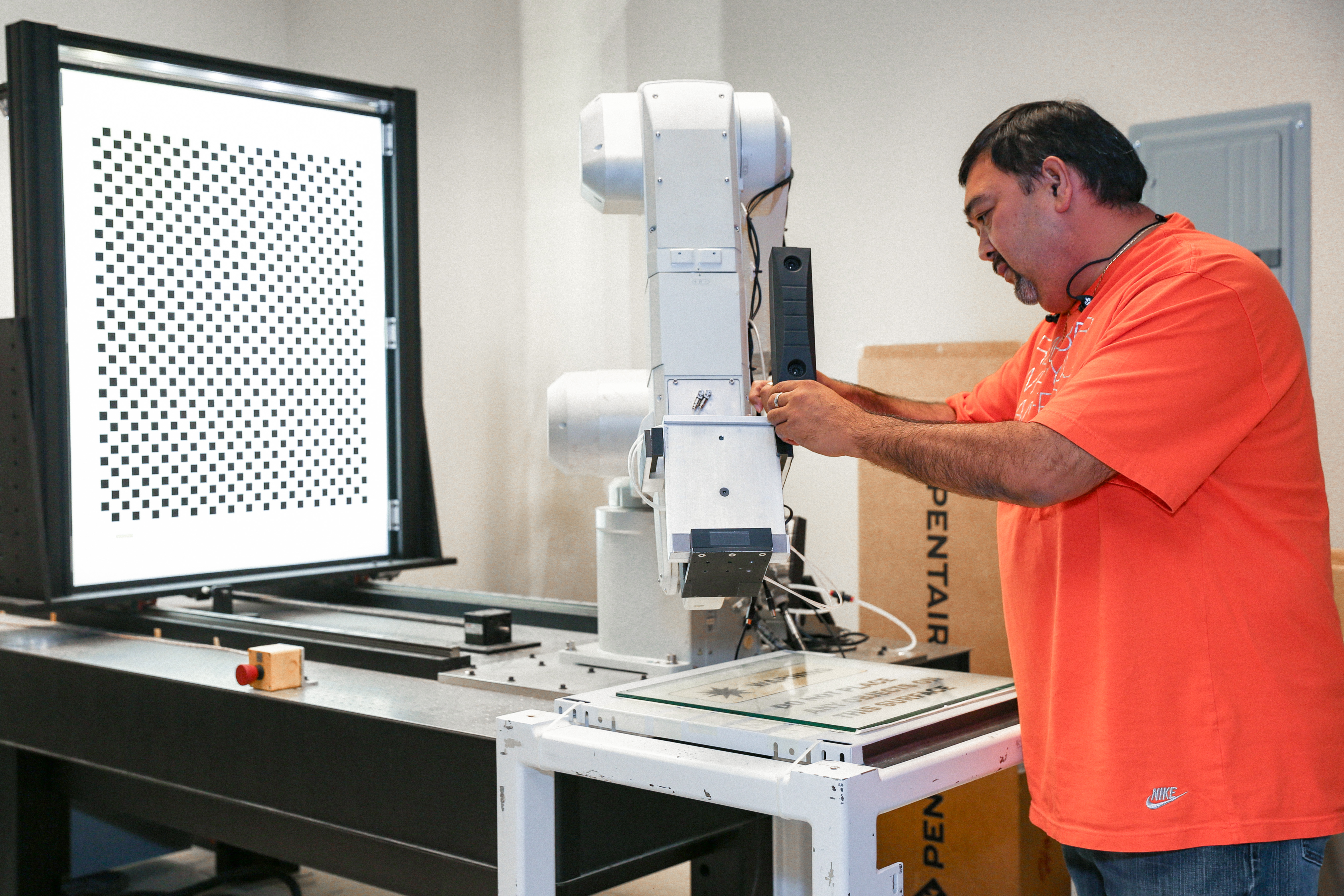 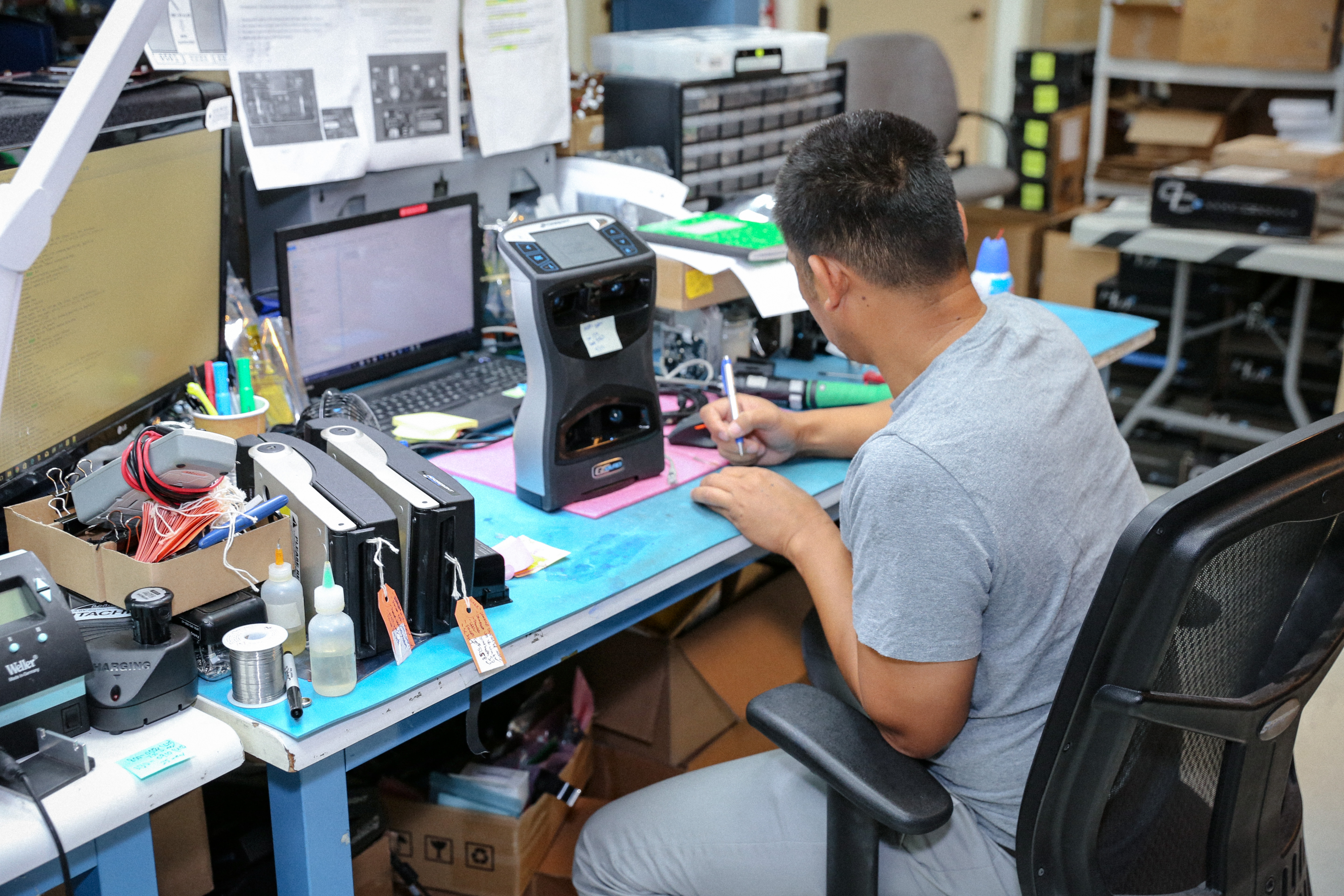 The monitor can measure things to a higher level than its competitors, said the director of sales, Rick Cuellar. “We are set apart by our accuracy and optics. Our monitors lock onto the golf ball in its first movement to measure location, angle and velocity at a high resolution and with a very high frame rate. And earlier this year we launched a new system that allows us to measure the club head and golf ball simultaneously. We are proud of the GC2, but are constantly looking to improve our technology

and work on new products at the same time.”

Foresight introduced the next generation of the GC2 earlier this year, the GCQuad, which is the world’s first quadrascopic launch monitor.

“We really based the Quad on customer feedback,” said Werbelow. “People who said, ‘I love your monitor, but wouldn’t it be great if it could also do this.’ Now it can.” And customers are taking note. According to Taylor, Worldwide Golf Shops is in the process of upgrading their monitors to the Quad. “The Quad is a game changer,” said Taylor. “It’s not an inexpensive project, but it’s great value nonetheless. How much you get with just that one product? It’s phenomenal.” 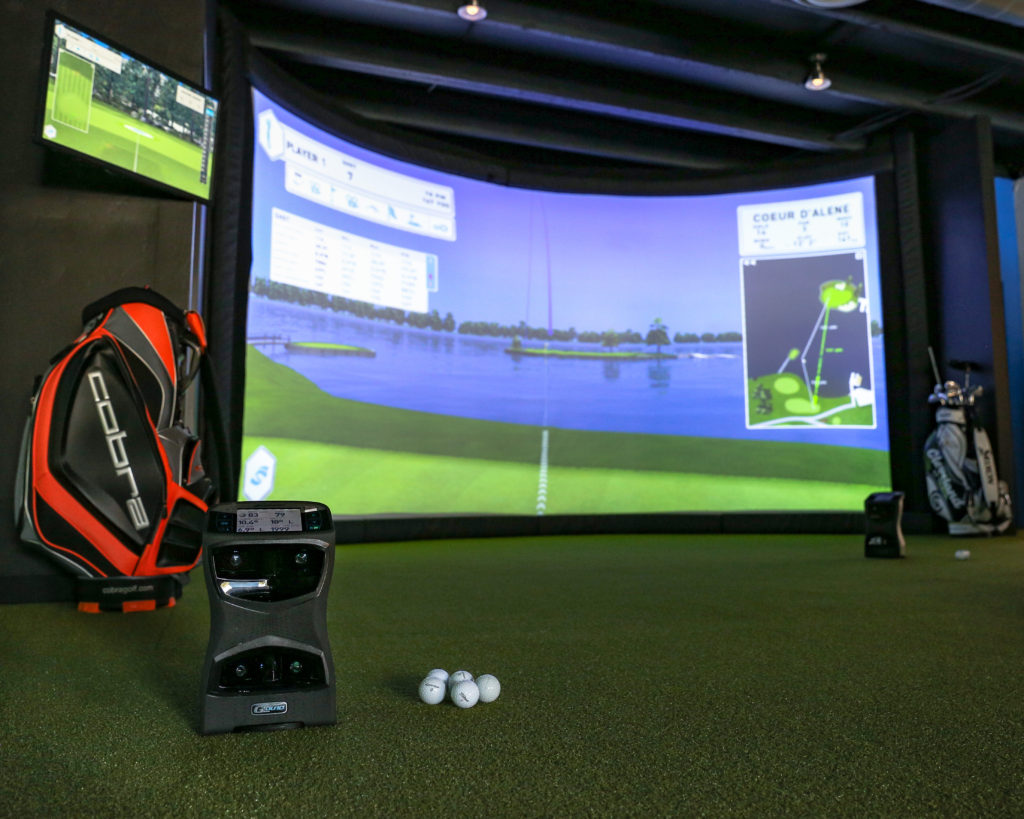 In addition to the company’s launch monitors, Foresight also boasts golf simulators and game studio apps to complete the golf simulator experience. Teaming up with the launch monitors, the simulators provide one of the world’s most realistic and intuitive virtual golf systems. Once paired with the GC monitor, a buyer receives the swing analysis data they crave for game improvement, while also mixing in a little fun and games as well.

At this year’s PGA Show, Foresight launched Zombie Golf, a target based simulator game that allows the golfers to battle approaching zombies, forcing them to focus their shots on attacking the approaching walking dead. There is also Golf Roulette, a fast-paced game that instructs players to aim for one of the several roulette wheels positioned on a virtual golf range before placing bets and duking it out against fellow competitors.

Foresight not only provides the technology and games, but will also customize the experience to your space, creating custom designs, handling the installation and even providing on-site training so users can take full advantage of the many features.

As Foresight continues to grow its product line, the company sees similar growth internally as well. Over the past year Foresight has invested in a robust marketing team, and now has more than 70 employees on staff in their San Diego headquarters. Located in Mira Mesa, this is where all the magic happens. Every piece of technology is hand assembled on-site in San Diego, where all innovation, product testing and company operations take place.

After a machine is assembled, it goes through a vigorous quality check, first on a robot designed to test each launch monitor device, then indoors with a golfer and then nearby at an outdoor facility. This quality check process ensures that all devices calibrate correctly no matter the environment or conditions.

“We’re a technology company, but at the end of the day when we look at all the different areas of golf we impact, it’s really fulfilling,” said Werbelow. “Our technology impacts training, game improvement, research and development and game enjoyment.”

“The technology we’ve created is applicable outside of golf,” said Cueller. “The ability to track a moving object is valuable to a variety of sports, including baseball and tennis, and that’s very much on our radar. But for now, the golf space is providing us so many opportunities, and we’re very focused on that.”

Par for the Course