Fewer than 35 years ago, no one dreamed of taking a week’s golf vacation to Wisconsin. “America’s Dairyland” may have been a haven for cows, corn, bratwurst and beer, but birdies and bogies — not so much. Fast-forward a few decades and the change is startling.

In the last 10 years, Wisconsin has played host to a U.S. Open, a PGA Championship, a U.S. Amateur and a slew of other USGA, PGA Tour and LPGA Tour events. No fewer than 10 of the state’s public-access courses rank among the nation’s 100 best you can play. And in 2021 (it’s been postponed from the fall of 2020), the Ryder Cup is coming to a Wisconsin resort course. Cheese connoisseurs travel halfway across the country just to sample their favorite food at the source. For a cream-of-the-crop golf experience, golfers are now doing the same thing.

KING OF THE HILL: Destination Kohler

Plumbing magnate Herb Kohler didn’t invent destination resort golf in Wisconsin, but he perfected it. Needing a superior golf course to highlight the amenities at his swank new American Club hotel, 55 miles north of Milwaukee, Kohler summoned Pete Dye to work his magic. Together, they crafted Blackwolf Run, which wowed critics and the public when it opened in 1988. 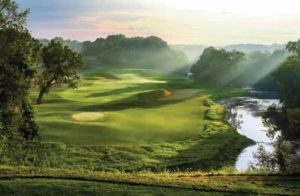 Situated next to the American Club, Blackwolf Run later morphed into two Dye designs, the River and the Meadow Valleys courses. River really rocks. Slashed by streams and a twisting arm of the Sheboygan River, it further captivates with nasty, steep-faced bunkers and ligament-snapping rough.

Blackwolf Run’s second course, Meadow Valleys, would be an all-star anywhere else. Its back nine serves as the opening stretch for Blackwolf Run’s tournament course and reminds you why Dye was the master of gut-check golf.

But as thrilling and beautiful as Blackwolf Run is, with its mix of prairie and parkland, what sets the pulse racing — and the reason one journeys across the country to play golf at Destination Kohler — is Whistling Straits. Located only 11 miles north of Blackwolf Run, Whistling Straits seems 11,000 miles away, so dramatically different is the setting.

Herb Kohler gave Pete Dye his marching orders when plotting the Straits course: “I want it to look like it’s in Ireland.” With eight holes draped atop bluffs overlooking Lake Michigan (which my caddie called the “Sea of Wisconsin”), 70-foot-tall sand hills that are cloaked in wavy, tawny-hued native fescue grasses, firm-and-fast rippled fairways, relentless breezes, more than 1,000 bunkers and a walking-only policy, this is Ireland — or maybe Ireland on steroids, given the Straits’ gargantuan back tee length of 7,790 yards.

What’s more astonishing is that none of this was natural — except for that Great Lake. Prior to its 1998 debut, this tract was a poker-table-flat military training base in World War II, then a site for illegal dumping of toxic waste. Dye and Kohler engineered a mind-boggling cleanup, moved three million cubic yards of dirt, trucked in 7,000 loads of sand to create the hills and bunkers and relocated the bluffs farther back from the shore. As we reflect on Pete Dye’s passing this past January, we tip our cap to the man’s genius as a designer, his creative skills on full display at Whistling Straits.

Venue for the 2004, 2010 and 2015 PGA Championships, the Straits course at Whistling Straits will prove an incomparable stage for the next Ryder Cup, Sept. 21-26, 2021. For resort players, bring your A-game and your wallet — it isn’t inexpensive — but it’s well worth the freight to check off a bucket list experience.

Whistling Straits also has a Pete Dye–designed younger sibling, the Irish course. Ranked among America’s top-100 public courses, the Irish is blanketed with bunkers, criss-crossed with streams and wetlands and dotted with massive, man-made dunes.

MORE THAN GOLF: The American Club 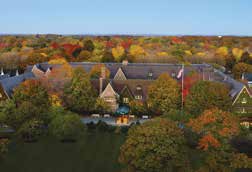 As acclaimed as the Kohler golf quartet is, the resort experience is easily its equal. The American Club is the best hotel in the region and one of the finest in the country. It’s worth the splurge, especially for a stay on-site in the historic main building.

Across the street is the Carriage House annex, which provides extra space and unbeatable access to the lauded Kohler Waters Spa. Down the street is the value-oriented Inn on Woodlake, which recently added two- and four-bedroom suites with common areas, ideal for groups. The Sandhill Cabin offers a private, secluded retreat 10 minutes away.

Dining is a delight at The American Club, from the jackets-required Immigrant Restaurant, which dishes out an unmatched selection of local artisanal cheeses, to the Horse & Plow, which offers beer-battered Gibbsville Cheese Curds. At Whistling Straits, quaff a Spotted Cow ale, chow on a grilled local bratwurst, then dig into the best sticky toffee pudding this side of the Atlantic.

In three short years, Sand Valley has cemented its status as one of the premier resort golf properties in the game. Credit the “Keiser method.” Located in the town of Nekoosa, just south of Wisconsin Rapids and 170 miles northwest of Milwaukee, Sand Valley is situated on a gigantic natural sand deposit and features dunes and ridges that rise eight stories and sprawl in every direction. 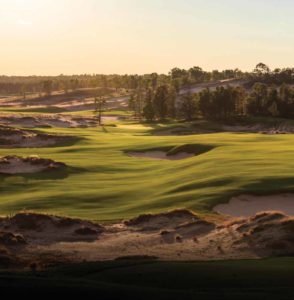 The first course here, called Sand Valley, is a Bill Coore–Ben Crenshaw creation that captured Best New Course of the Year honors in 2017. The second layout, Mammoth Dunes, is a David McLay Kidd design that triumphed as Best New Course of 2018. Sand Valley is also home to an enchanting par-3 course called The Sandbox — of 17 holes, no less — crafted by Coore–Crenshaw. A Tom Doak course is on the way.

Sand Valley is all walking-only, with caddies, on sandy subsoil, aboard firm, fast-running fairways with speed slots and kick-slopes that can help or hurt the shot. Founded by Mike Keiser and further developed by his son Michael, Sand Valley has no ocean next door, but let’s call Sand Valley the Bandon Dunes of the Badger State.

The Coore–Crenshaw spread embraces a heathland-style, sand-scrub-and-trees palette with wide, rumpled fairways, few forced carries and an absence of water hazards. Kidd’s layout sports the same concepts, just on a bolder scale, with gargantuan dunes, football field–size greens and astonishing variety. Both courses are joy-filled walks, it’s tough to miss a fairway, it’s hard to lose a ball, yet it’s utterly compelling to calculate the optimum angle of approach and try to flight the ball properly. By any estimation, that sounds like pure golf fun.

While Whistling Straits, Blackwolf Run and Sand Valley are all deserving of their laurels, Wisconsin is awash with must-play layouts throughout the state. Absolutely make time if you can to play SentryWorld, with its one-of-a-kind “Flower Hole” par 3; University Ridge near the UW campus in Madison; and Lawsonia Links. 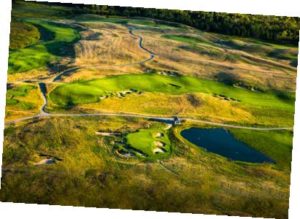 The anticipated breezes were at bay at the 2017 U.S. Open, but new venue Erin Hills wowed nonetheless. Situated 35 miles northwest of Milwaukee, this 2006 Michael Hurdzan–Dana Fry design with Ron Whitten consulting is draped atop a canvas of ridges, dunes and rumpled terrain framed by tall fescue grasses and penal bunkers, creating a links-like, Ireland-in-the-Heartland ambiance. In 2017, Brooks Koepka tamed Erin Hills’ 7,800 yards in record fashion; regular Joes (including Travelin’ ones) who merely survive the walking-only layout will also find cause for celebration.