Summer 2020Trends
Home›Summer 2020›Club Spotlight: On Your Own Schedule

FLEX GOLF TOUR ALLOWS ALL THE TIME YOU NEED 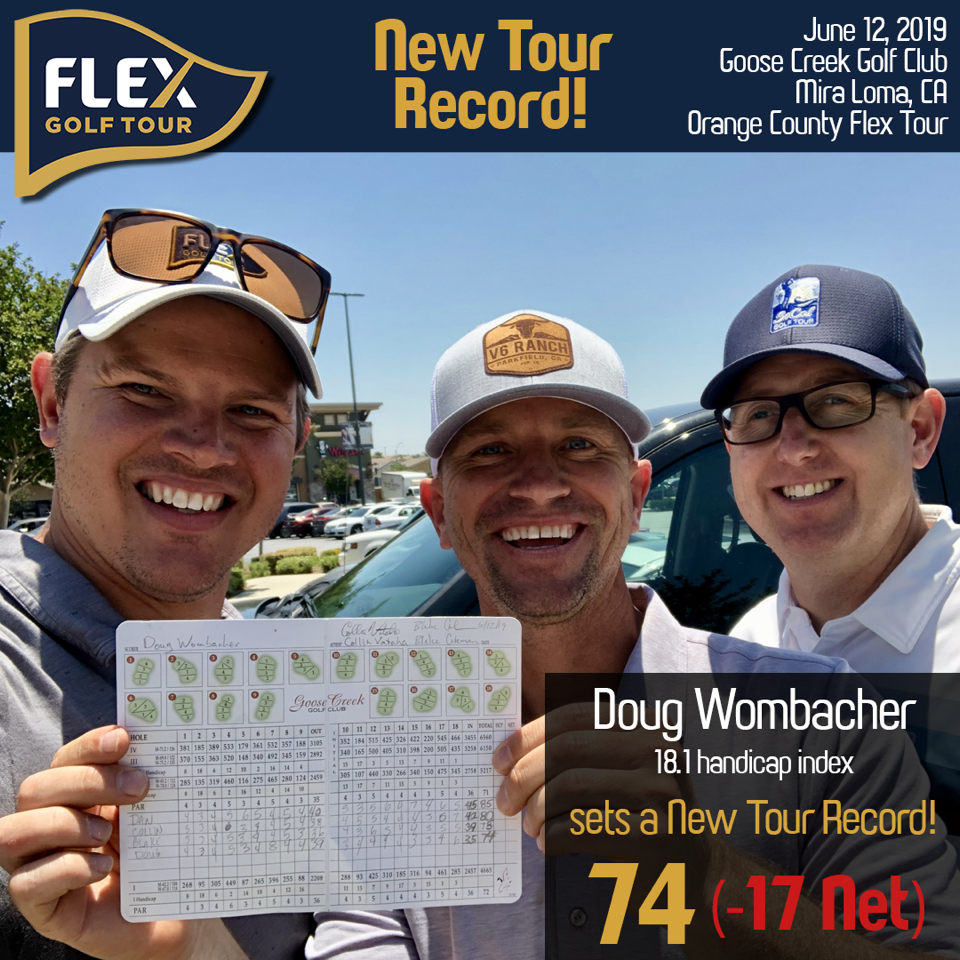 Playing competitive golf usually means one-day or weekend tournaments that require players to be available at a certain time on a certain day. But with the Flex Golf Tour, the opportunity to play multi-round, tour-style golf without the rigid time commitment has finally been realized—and everyone is welcome.

“The Flex Golf Tour creates golf tournaments that give players the flexibility to compete on their schedule,” explains founder Collin Vataha. “Instead of one day, our tournaments last as long as one month, so players have plenty of time to get one round completed whenever their schedule permits.”

In 2017, Vataha recognized that golf lovers like himself (a father of four kids under the age of six) simply didn’t have the time or ability to attend seven-, eight-, or nine-hour tournaments. Golf had to fit his life, not the other way around. Thus, the Flex Golf Tour was born.

“I created a competition that let me compete on my schedule,” he says. “One month it would be an early morning weekday round and the next month
a twilight weekend round. Typically each competition includes at least four tournaments so that as players complete their rounds and enter their scores, players can view the standings of each tournament and the tour leaderboard in the Flex Golf Tour app.”

Yep, he’s got an app for that! At the end of 2018, as word spread and Flex Golf gained in popularity, Vataha recognized that he needed a way for players to keep tabs on one another’s performance throughout the month. So he created a dedicated app that allowed players to score their rounds live.

“If a player throws a couple of great (or really bad) holes together during a round, he’s sure to get a text from a buddy who is monitoring his round in the app,” he says.
It’s easy to see how the Flex community has grown in just three short years. The camaraderie and competition is what draws so many to golf in the first place, and by removing the obligation of having to be at one course on a specific day, Flex allows so many more people to join in on the fun.

“Our players range in age from 20s to 60s, including young players who just want to compete, players in their 30s and 40s who have family and work obligations they need to balance, and older players who play a lot of golf and want to play more rounds that actually mean something,” Vataha says.

Additionally, Flex operates tours in four different Southern California areas: Los Angeles, Orange County, San Diego and Inland Empire, with plans to expand throughout the SoCal region. And for those curious how rounds come together or where fresh faces can join rounds near them, Vataha has thought of that too.

“We have Facebook groups set up for each Tour so players can coordinate monthly tee times,” he explains. “Even though players don’t get together very often, Flex Golf Tour is still very social and can expose players to new people and business opportunities.” 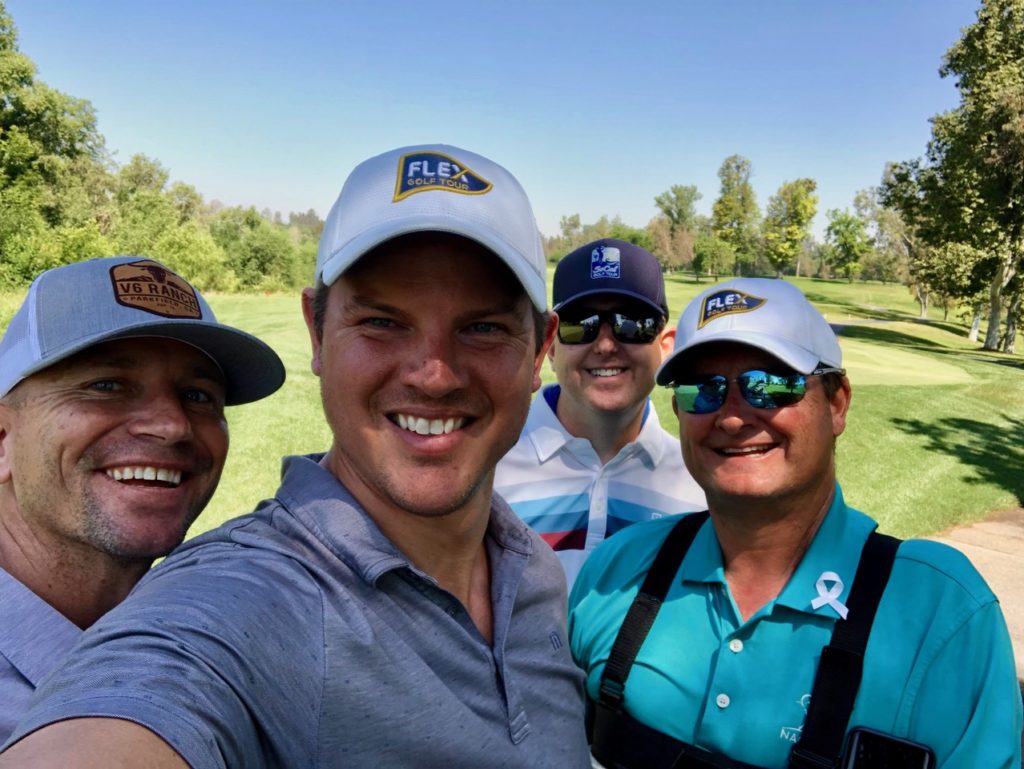 Vataha also just launched Flex Golf Fundraisers to give charities and other organizations the ability to raise much needed funds through monthlong golf tournaments. “So many charity golf tournaments and fundraising banquets have been canceled or postponed indefinitely due to the coronavirus, and people who rely on those funds are at risk,” he says. “We are thrilled that Flex Golf Fundraisers can help them raise money now.”

Flex Golf Tour has also partnered with the SCGA to launch SCGA Flex Leagues at Twin Oaks GC in San Marcos, giving players the ability to compete in weekly nine-hole tournaments on their own schedule.

Vataha describes the tournaments as fun, socially distanced and often with a lighter side.

“We had a player in Orange County post a -17 net at Goose Creek one month,” he tells. “Three other players witnessed the round. It was incredible; the guy played out of his mind. But even though he won that month’s tournament by a mile, his performance in the other three tourna-ments was less than stellar and he didn’t even qualify for a prize that season!”