CEREAL WINNER? Will the Real Jordan Spieth Please Stand Up 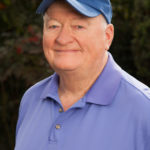 We thought the Jordan Spieth Show would go on forever. How silly we are. Golf taketh as fast as it giveth.

Spieth is hard to root against. The smile is always there. As a matter of fact, about the only time we have seen it disappear was that moment at the 2016 Masters, when he had to drape the green jacket onto Danny Willet. It wasn’t that Willet had just dethroned Spieth. It was that Speith, by coming apart at the famous par-3 No. 12 — the actual “corner” of Amen Corner — had dethroned himself. He knew it. He took it like an adult, despite the absent smile. And we loved him for it, while feeling his pain.

When he won five times in 2015, including consecutive majors at the Masters and U.S. Open, we were sure the new sheriff in town had just ridden in and dismounted smoothly from his white horse on the first tee.

His 2015 Masters performance was masterful. It was like Clifford Roberts and Bobby Jones had designed Augusta National with Spieth in mind. Tiger destroyed it. Jack and Arnie and Phil mastered it. Spieth played it like he was born on it.

Then came the implosion on No. 12 in 2016. Was that the ultimate “Amen” for Spieth? He even said afterward that it would stick with him for some time. We loved him for that, too. Most golfers would have fed us the line about never looking back. Should we fear that he is taking too many looks over his shoulder?

For those who don’t keep up with such things, Spieth has not disappeared, nor sunken into any sort of dismal depth. He has just stopped being Superman, and we worry that No. 12 at Augusta is the kryptonite. When you are in a run of perfection, a drastic departure from that slaps you in the face and knocks you off your mental pedestal.

Statistics are revealing. From the 2015 Masters through the 2016 Masters, Spieth was in the top 10 of every major. The next four he was not. He started Sunday just 2 shots behind Justin Rose and Sergio Garcia at this year’s Masters and ballooned to a 75. That included another badly played No. 12. 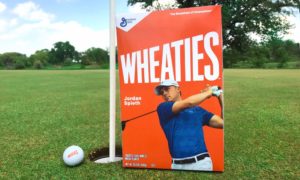 Statistics are revealing in the other direction, too. He won the prestigious Pebble Beach AT&T Pro-Am this year, only missed the cut twice so far this season, has already pocketed $2,976,308 and remains ranked No. 6 in the World.

So what’s the problem?

The problem is us, the golf fan. We keep looking for the next Tiger and prematurely placing that label on every next sniff of perfection. We are a tough crowd. Phil Mickelson has won five majors and we keep wrinkling our brow that it isn’t eight, even 10. Instead of celebrating what he has done, we keep bringing up his numerically monumental failures at the U.S. Open, the major he hasn’t won.

Spieth is in danger of similar treatment.

At this writing, he is heading into the Byron Nelson tournament in Texas, hope springing eternal at a home state event with a prestigious plaque that lists all the winners and that Spieth wants his name on, before the tournament moves to a different course next year. That’s a fine goal for a player whose sense of golf history is impeccable.

Even finer goals are the big ones. Upcoming is the U.S. Open somewhere out there amongst the cow bells in the wilds of southwestern Wisconsin, the British Open of gorse, bad bounces and traditionally bad weather, and the PGA at one of those charming-looking and evil-doing Southern courses.

Before the Byron Nelson, Spieth had a press conference to announce that he was going to be on the cover of the Wheaties box. That, of course, labels him instantly as the All-American boy, as if we didn’t already know that. He handled that perfectly, as he does all things in the public eye, by recounting how he used to wander off in grocery stores with his mom to find the Wheaties Box and see who was on it.

Maybe that Wheaties box is an omen. If he can crunch down on at least one of the majors left this year, we will consider the Spieth Show back in full swing. And we’ll be tickled. Otherwise, we might be looking for him on the back of a milk carton.

Fit For You: Looking Great With No ...