Volunteering breeds opportunity. Just ask philanthropic veteran Mike Ortega, who has been sacrificing his time for 30 years now and continues to reap the benefits.

Ortega is a golf nut, getting hooked on the game while in the service and becoming a member of Skylinks GC in Long Beach immediately after his deactivation. It wasn’t long before Ortega was a familiar face along the 7th fairway at the Genesis Open, a hole that the club sponsored and staffed for course marshals.

The kind-hearted and personable Ortega worked his way through the volunteer ranks, onto the operations team and eventually earned the position of volunteer chairman.

“Helping out for all these years really opened my eyes,” said Ortega. “I realized how important it was to give back to golf and in turn, I’ve met some of the greatest people in the game.”

After being involved with the Public Links Golf Association, which merged with the SCGA in 2010, Ortega realized the reach of the SCGA and wanted to immerse himself in the organization.

“I saw how effective the SCGA was in reaching golfers throughout Southern California,” said Ortega. “Not just reaching, but acquiring those golfers for membership.”

As his volunteering expanded into SCGA events, and eventually a spot on the SCGA board of directors, he maintained a prominent presence at Riviera CC working the Genesis Open. Working hand-in-hand with the PGA TOUR’s tournament operations team, Ortega is trained in putting out fires as they arise.

“I’m there to plan for and to anticipate problems, because they always happen,” said Ortega. “Problems happen, and we need to resolve them quickly.” 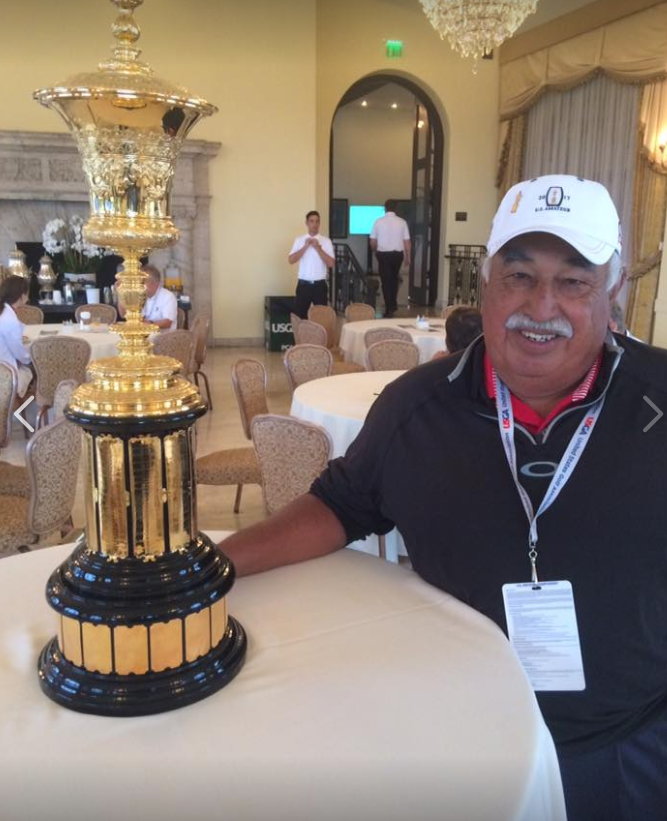 Ortega with the U.S. Amateur trophy. He volunteered at this year’s Amateur at Riviera CC.

Ortega never takes being on the property that the Genesis Open calls home for granted.

“The history and tradition at Riviera CC is unmatched,” said Ortega. “They’ve filmed movies here, you have Dave Stockton’s plaque on the 18th and Hogan’s alley all on one golf course. It adds immense value to the experience. That’s all before you even talk about the natural beauty.”

Everything that Ortega has been afforded in the game can be attributed to his experience volunteering.

“I could have spent the last 30 years just playing golf every Sunday with my buddies,” chuckled Ortega. “But I decided to take a step forward and I’ve been blessed with dream experiences.”

This summer, Ortega took advantage of opportunities to volunteer at a USGA event at Chambers Bay, the U.S. Amateur at his beloved Riviera CC, The Walker Cup at The Los Angeles CC and he’ll be lending a hand at The President’s Cup at Liberty National later this month.

“You have to give volunteering a chance, especially at the Genesis Open where I got my start,” insisted Ortega. “You’ll meet the greatest people in the world. Everyone is united in doing something simply for the good of it. Just a great feeling.” 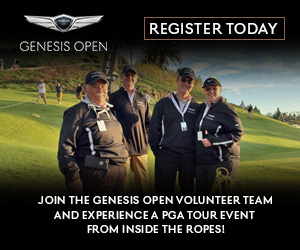 If you’re interested in sharing Ortega’s experience and volunteering with the Genesis Open, which will be held Feb. 12-18, 2018, click here.