You can find Kira Kazantsev at a stall towards the far end of the driving range. It’s less crowded over there, meaning less of a chance others are watching her hit golf balls, or worse, trying to give her swing advice.

Unprompted swing advice is not what Kazantsev needs. The 2015 Miss America has played golf since she was seven years old, and even competed on the junior golf scene in Texas as a kid. While she’s not the world’s most confident golfer, she’s getting there. Since earning the Miss America title in September of 2014, she’s regained her love and passion for the game.

“This past year has really reignited my love for the sport,” she says.

For Kazantsev, who now takes weekly lessons and visits the driving range almost daily, it was a return to the sport she left nearly a decade ago. After five years of immersion in golf as a kid, it petered out for her around age 12, when her family moved to California. 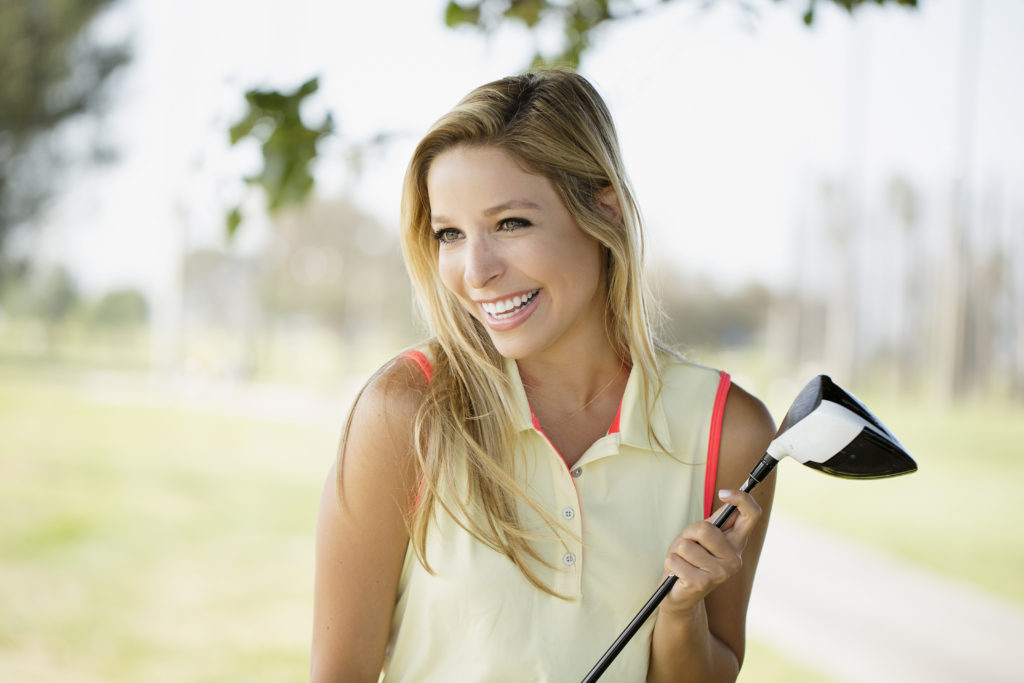 “I think I just got burned out from it. I became disinterested and disenchanted with the whole thing,” she says. “I also felt like other kids were progressing and I wasn’t. Either my body or mind wasn’t there yet.”

So she put down the clubs, focusing on other interests, like pageants.

“None of it was the crazy pageant mom stuff you see; it was just something really fun for me, something I loved,” she says.

But golf was woven in, slightly. In one of her first pageants, Kazantsev participated in a casual model wear competition where she chose to don a purple Nike golf outfit, complete with a golf club in hand. Her creative approach led to a win in the category.

But even with success on the pageant scene, that life wasn’t the dream for Kazantsev. It was a fun hobby, but nothing she thought would turn into a career. She went on to attend Hofstra University in Long Island, NY, where she would triple major in political science, global studies and international politics. As a 20-year-old with dreams of going to law school, and an acceptance to Notre Dame Law School in her back pocket, Kazantsev was looking for scholarship money to pursue her professional passions.

“Law school was really the path I wanted to go down,” she says. “I entered Miss America to pursue money for school. It was certainly a long shot; my mom even told me I was too short to win. But I figured even as runner-up I’d get some money that would help, so I figured I’d give it a try.”

The rest is history. It was true, Kazantsev was a long shot, who many thought didn’t have a chance at the title. But as she stood up on the stage next to her eventual runner-up, Courtney Garrett, at the conclusion of the competition, she heard host Chris Harrison of “The Bachelor” fame, say the magic words that made her know the victory was hers.

“Chris said, ‘We have a three-peat!’ and I knew right away,” Kazantsev says. “I was Miss New York, and New York had won the previous two years. Honestly, the whole thing was a blur. I’ll see the clip on YouTube sometimes still and think, I can’t believe I did that.”

The Miss America title thrust Kazantsev into a life she had never dreamed of. Opportunities from new walks of life came pouring in, and they were hard to turn down.

“It has completely changed my life,” says Kazantsev, who has since put her law school acceptance on hold. “With this you get exposed to a whole new world. TV hosting, award shows, it’s a lot of fun. It’s a world I’ve randomly found myself in that I never thought I’d be a part of, and I love it.”

She moved to Los Angeles, where she is pursuing a career in hosting. Unexpectedly, the Miss America crown has also thrown her back into a world of golf, one that had been dormant for 10 years. 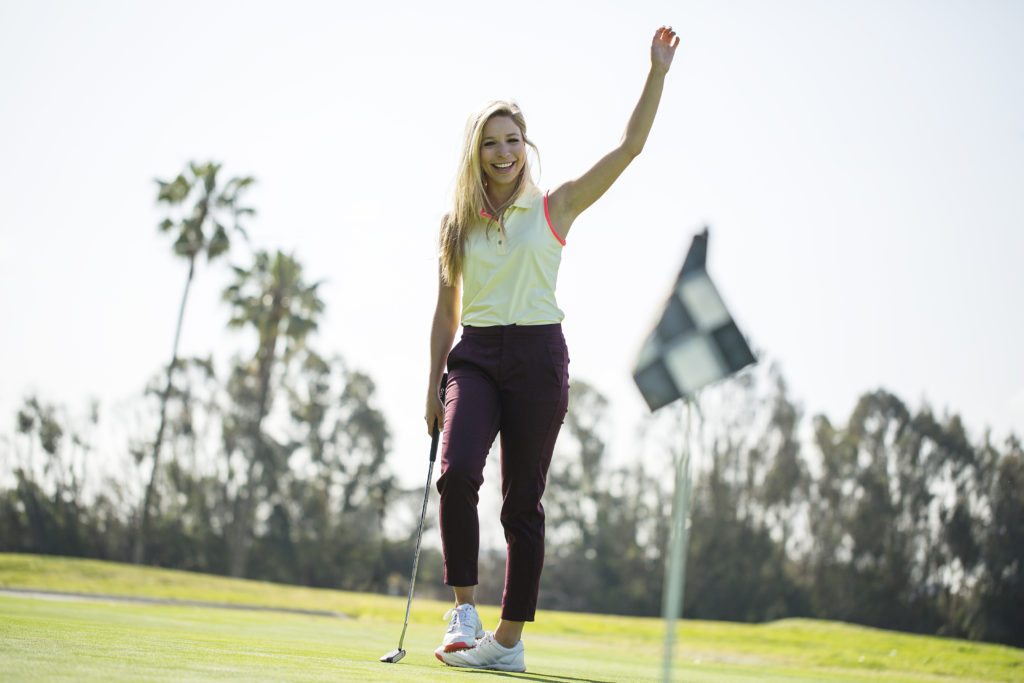 “A lot of pageant contestants go to charity golf tournaments to help sell raffle tickets,” she says. “They are there to look beautiful, help raise awareness for a great cause and make the event special. But it’s even more special when you can actually play.”

Still, expectations were low when it came to her golf game. Once at a charity golf tournament she was driven around to take a celebrity shot with each foursome. When she got to one group, one of the guys said, “I bet you $500 she doesn’t put it in the fairway.”

“I raised an extra $500 for the charity that day,” Kazantsev recalls.

Right after Kazantsev gave up the Miss America title, she was invited to play in the Gary Player Invitational. The experience helped reignite her love of the game.

“Spending the weekend with (Player) was amazing,” Kazantsev says. “Listening to that man talk is just incredible. It really changed my perspective, and made me wonder what I doing to make myself better, and make the world better.”

In terms of making her golf game better, Kazantsev is taking weekly golf lessons at Riviera CC (although she still doesn’t have playing privileges on the course). She frequents the driving range at Westchester GC and Rancho Park GC in West Los Angeles, and is constantly looking for playing opportunities.

“The game can be really frustrating, but I think that’s why it is so addictive,” she says. “It gives me a high. It’s like, ‘I suck, I suck, I suck,’ and then suddenly you’re amazing. Then that happens all over again.”

But Kazantsev is in the minority. As a 24-year-old woman who doesn’t have aspirations of playing on the LPGA Tour — she’s somewhere around an 18-handicap — she doesn’t have a lot of friends in her demographic who enjoy playing golf just for fun.

“I’ve found most female golfers my age are pursuing the game professionally. I don’t have other friends who just play for fun,” she says.

And when it comes to making the world better, Kazantsev is giving back when and where she can. Post-Miss America, she’s spent a fair amount of time talking to girls at schools. One topic in particular has been social media, and how to be safe on the internet. But she also wants girls to get involved in the game she loves.

“That’s something that bothers me,” she says. “I go to the driving range and it’s all men. I’d really love to encourage girls to get out there and play golf. It’s been helpful for professional reasons, and I’ve found so much personal accomplishment with it.”