A Change is Gonna Come

Call it an inflection point. Call it a time for action. Call it a tipping point. Or perhaps wax poetic by summoning the timeless wisdom contained in the great juxtapositions in Ecclesiastes Verse Three: “To everything there is a season and a time for every purpose under heaven.”

Call it what you will. But it would appear that after some years of issuing words about the need to make golf and golf’s institutions look less like a snapshot of a bygone era and more like today’s America, the game and its institutions may be pivoting toward putting deeds behind those words.

For those of us in California, the pivot comes none too soon. Yes, many of us in the Golden State began the pivot some years ago. A quick glance at the SCGA Board of Directors is all one needs to understand that; it looks like a cross section of Southern California. 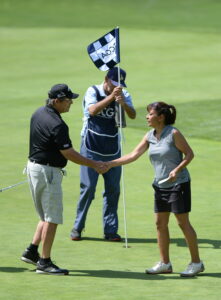 But though California is big and often charts its own course, it’s hard to overcome contradictory national messages and narratives. Websites and televisions don’t honor state borders. The same quick glance at many of SCGA’s fellow Allied Golf Associations is all one needs to understand that painful reality, and we here in the Golden State continue to be burdened by those images.

“Burdened” you ask? Yes, absolutely — burdened! If you are reading this, you know that golf is a great game. But if you are someone whose impression of the game is that it is an affectation of the rich, or someone who sees golf courses as enclaves of the elite or playgrounds for the privileged, and you don’t see yourself as rich, elite or privileged — well, to you, golf is not a game nor is it something that you are going to pursue. Worse, if you see golf as a game for old “white” men and you are neither old nor white nor male, well, again, why would you see golf as a game for you?

Wait a minute, you may be protesting!

When I play golf in Southern California, I see much greater diversity on course than perceived. Indeed, on course you do, perhaps not quite as diverse as the state, but a healthy measure of diversity nonetheless, certainly much more than this dystopian description.

Okay, that’s not fair. Those are rhetorical questions. But they are questions that for the first time are being contemplated at the game’s highest levels, not as public relations problems amenable to quick corporate dispatch, but existential challenges to be taken deadly seriously. 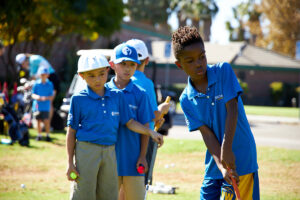 And that is the silver lining here. Golf may be late to the game, but it’s hardly alone in that. So, in the spirit
of better late than never, or the “now” that is always the second-best time to address an overdue challenge, it would seem that by virtue of recent actions of the game’s normative leadership organizations, golf’s major institutions have recognized that the time for “happy” talk is over and the time for “hard” action has arrived.

Why “hard?” Change is never easy. It is particularly difficult when it involves some measure of relinquishing power.

There is no way to sugarcoat it. Just as those who paid hundreds of thousands of dollars for those precious taxicab medallions in New York (pre-Uber/Lyft) were loath to allow others to join their ranks by remitting reasonable licensing fees, those who now populate leadership positions in golf, whether at the highest levels like the USGA Executive Committee, or the much lower levels of local municipal golf commissions, are going to resist relinquishing their grip.

And understandably so. They didn’t create the conditions that yielded the imbalance the game now seeks to redress; they merely distinguished themselves in a system they had no role in creating. Thus, the reason for the use of the term, “systemic,” to qualify the phenomenon; otherwise, it comes across as accusatory, when nothing could be further from the truth.

Whether the game succeeds in this ambitious quest is an open question. The will is there, because the need is there, nowhere more so than in California. Golf at all levels — play, leadership, employment and ownership — will either look increasingly like the state in which it hopes to prosper, or its growth will be stunted.

To quote another of Ecclesiastes Verse Three juxtapositions: there’s “a time to be silent and a time to speak.” Now would not be the time to be silent for those who want to see this great game continue to thrive and provide the joys, benefits and satisfactions that it, and only it, can offer.

Club Spotlight: Making Cuts On & Off ...