THE LADIES OF BABES GOLF TAKE HAVING FUN SERIOUSLY

It wasn’t Alex Andersen’s life mission to start a golf club, or even play golf at all, really. But as soon as she hit her first driver shot with an ex-boyfriend in San Diego in 2017, she knew it was time to get involved.

“Once I got into the game, I realized I had no girlfriends to play with,” Andersen said. “Hence, the creation of Babes Golf. I just wanted someone to play with, but now it’s become much more than that.”

At first it was a social club where her friends could come together and play, until she met a few ladies in Arizona who were affiliated with their local golf association and recommended she get involved in her local chapter. Babes Golf, a club geared for women between the ages of 25-45, is gaining two to three members every day since becoming an official SCGA Member Club in October. While they also stage competitive events for the more passionate player, their focus is on fun events for ladies of all skill levels.

“We just wanted to create an environment for women that is fun and not intimidating,” Andersen explained. “We’re here to help women make new friends and enjoy the outdoors!”

In February, the club had their first event as an SCGA club, and 50 women showed up at The Loma Club, a 9-hole par 3 course, for what was billed as 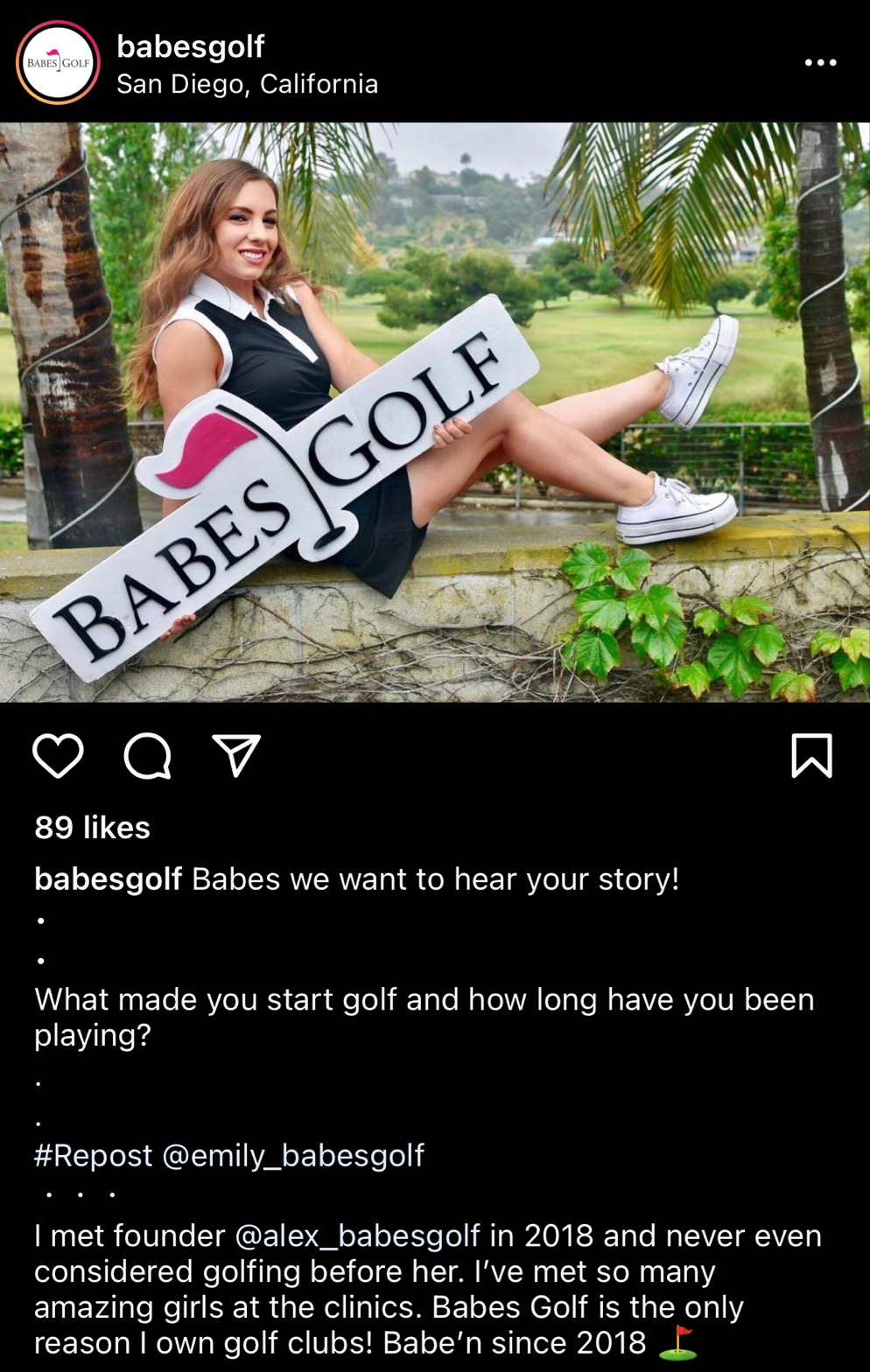 “Galentine’s Day.” “It was so humbling to share something that was once only a dream of mine with my friends, and to see the desire of women wanting to be there,” Andersen said. “It was the epitome of the Babes days I craved.”

Babes Golf is extremely active on social media, which also contributes to the club’s growth, with 4,500 Instagram followers and counting.

There, you will find coverage of events they run, but more importantly, stories of the women who join Babes Golf, most of whom had never swung a club before joining. Andersen credits the use of social media and the recent upgrade to SCGA Member Club status for the growth in membership. She sees that as their recipe for success, and she can only see it going up from here.

“Golf has afforded me the development of so many invaluable friendships, professional relationships and skills,” Andersen said. “I hope I can pass on all that I learn and help others to create their own golf stories.”