Some popular equipment brands from the late 1960s, such as Ram, Shakespeare, MacGregor, Dunlop, Walter Hagen, PGA and Arnold Palmer, exist no longer. But others, including Wilson and Titleist, are time-tested and still thriving.

PING was really just getting started back then. In 1966, its now-renowned Anser putter was born. Whereas today’s club designs are often started with sophisticated CAD renderings by teams of former rocket scientists, the Anser was physically drawn via pencil on a record jacket by engineer and PING founder Karsten Solheim. PGA TOUR pros and scores of amateurs alike still use the 51-year-old style in one of its many versions that PING has debuted over the years or that competitors have copied.

But that kind of longevity is unheard of these days, where product lifecycles generally last somewhere between six months and one year. Back in 1967, products stuck around for a while. Especially because producing them by the masses wasn’t as easy as it is today. And clubs were generally sold in 11-club sets that consisted of a driver, 3-wood and 4-wood, plus 3-iron through pitching wedge. 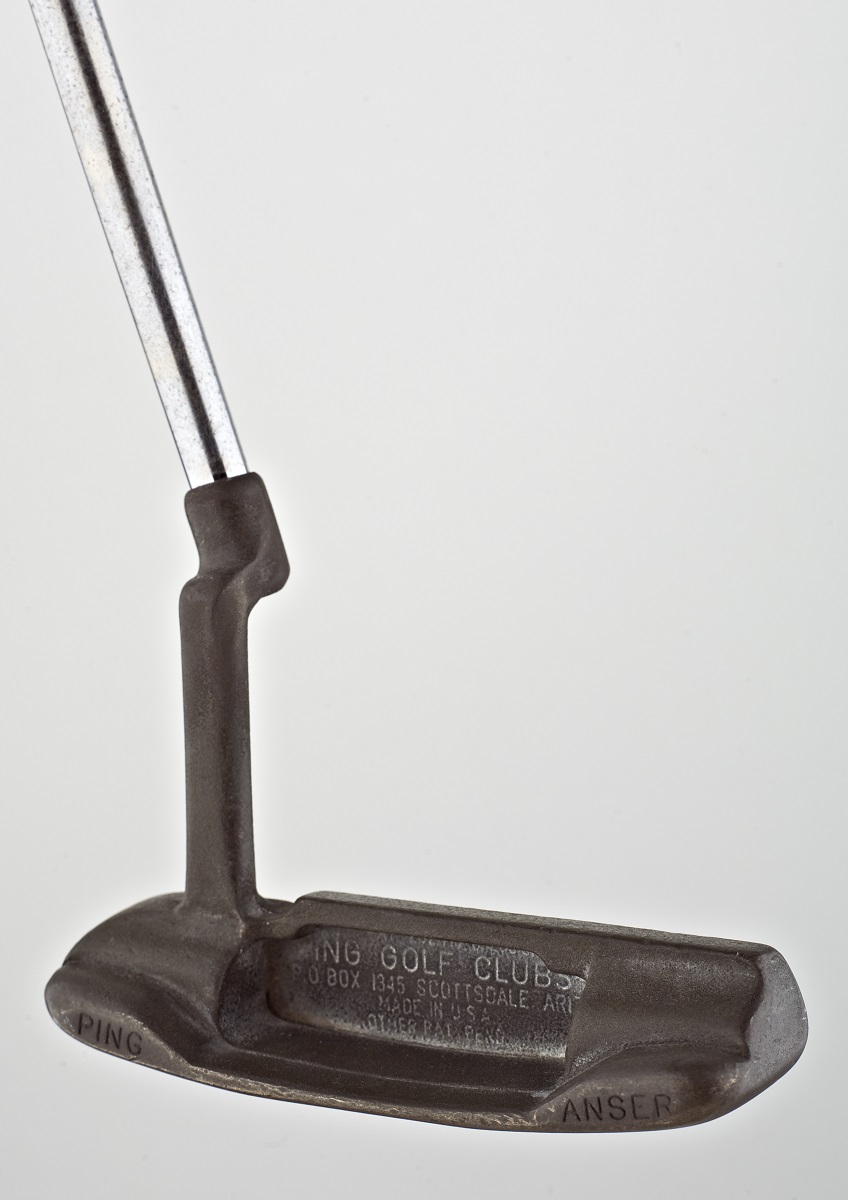 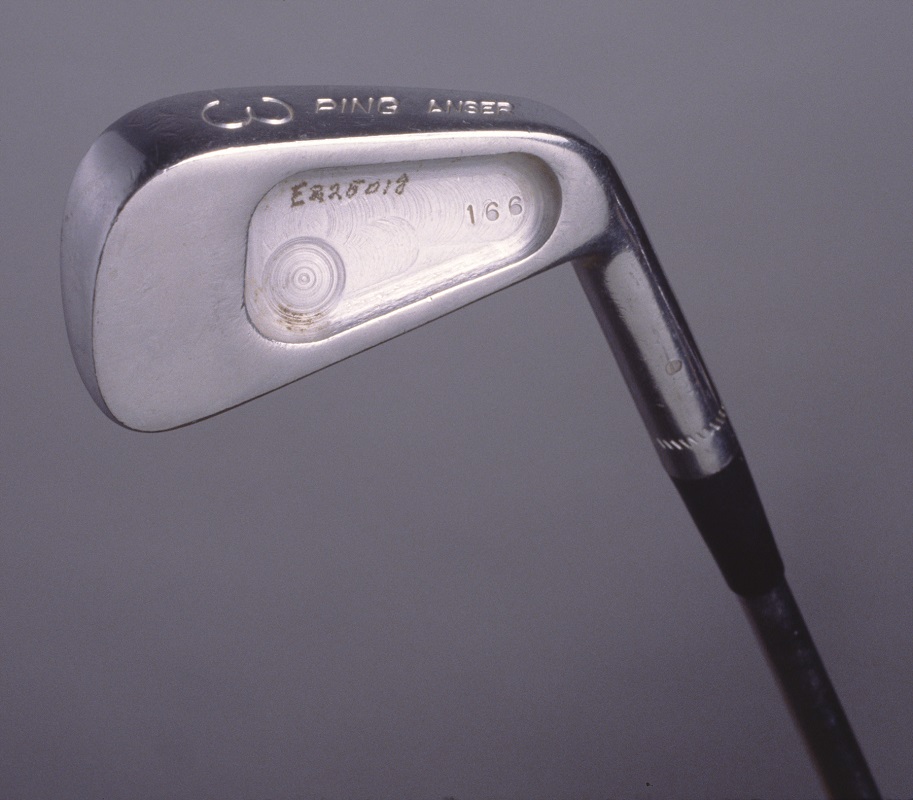 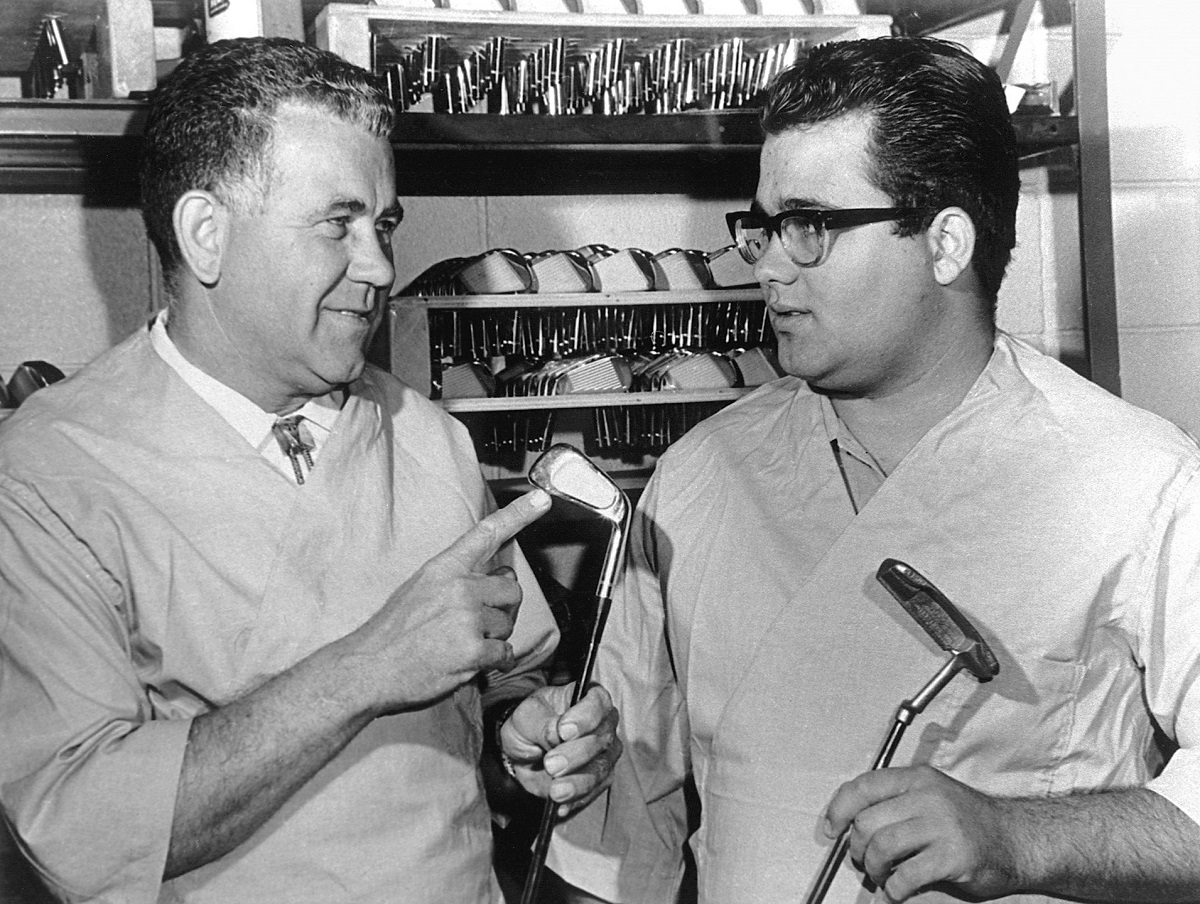 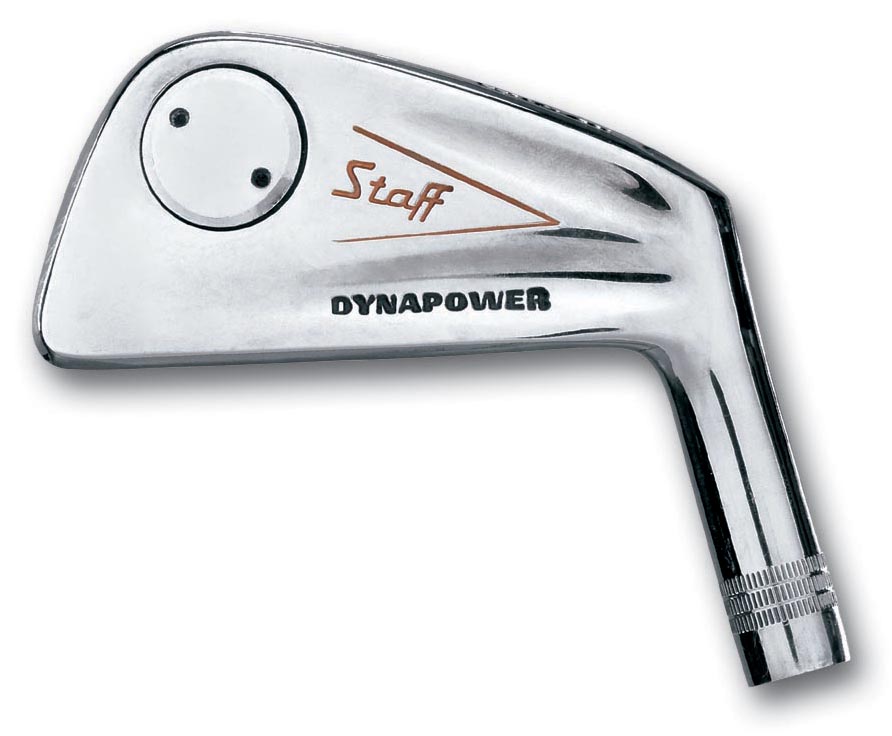 Fifty years ago, most drivers were made of persimmon wood, and laminated for durability. They were inconsistent from one head to the next: No two drivers even of the same model had identical wood grain, which altered both appearance and performance. Face inserts were generally screwed into place — thus the term “hitting it on the screws” was prevalent. And the shafts were mostly steel, made predominantly by True Temper in the United States, although Nippon was also making a name for itself in Japan. There were also some fiberglass and aluminum shafts, as well.

“Today’s drivers have about 300-330 grams total weight,” says Tom Olsavsky, vice president of research and development at Cobra Golf. “Back then, wooden, steel-shafted drivers weighed 370-390 grams. Try swinging one of those today! There was no spring-like effect from wooden heads that were about 130-150cc, of which the hosel was a huge part of. So the MOI was closer to 1,000 while today most drivers are nearly 5,000, obviously a huge improvement in forgiveness. Modern drivers are much more playable and easier to hit higher and straighter. Especially since those big wooden hosels needed face progression from the shaft axis to the leading edge, which also produced lower and more open faces at impact. So the modern driver is much easier to hit straight as well.”

Today’s drivers get up to 30 yards more peak distance and 40 yards improvement on mishits.

Then there were irons — all muscle-backs. MacGregor, touting Jack Nicklaus as its poster boy, was one of the most popular names in irons with its VIP model. And PING was experimenting with cavity-backs, in the form of the Anser irons. The company’s popular K1 cavity-back emerged in 1969. Today, there are game-improvement and super-game-improvement irons with larger heads that are longer and much more forgiving. Interestingly though, experts say that today’s muscle-back forgings, other than potential distance gains from stronger lofts, bear minimal performance differences from 1967.

“First of all you wouldn’t have a wedge with higher loft than 56 degrees back then,” says Roger Cleveland, wedge and iron designer at Callaway Golf. “You would have ample bounce — 13 to 15 degrees — which was great for the softer sand used in those days and the correct amount of bounce for the higher green surrounds that existed then. Wedge selection was easier: you either used a 49-to-50-degree pitching wedge or a 56. Grooves were a little bigger and not looked at as an enhancement like today. Irons had a true V-groove but the wedges were typically much more aggressive.”

And forget about customized clubs. No one really thought about player-specific clubs until PING debuted color-coded irons in 1972, each bearing different lie angles.

As for golf balls, 50 years ago Titleist ran an ad claiming it was tops on the PGA TOUR for 18 years running (some things don’t change, after all!) and that it paid no one to use its product. That year, Spalding purchased a patent for a very pricey-to-produce solid ball from Jim Bartsch who proposed a ball void of the layered approach seen in earlier designs. Spalding’s chemical engineering team developed a chemical resin that eliminated the need for the former layered components, thus creating the solid core ball.

Around that time, Ram launched the first ball featuring DuPont’s Surlyn ionomer resin cover that would eventually became a popular ball cover, displacing balata due to its durability and cut-resistance.